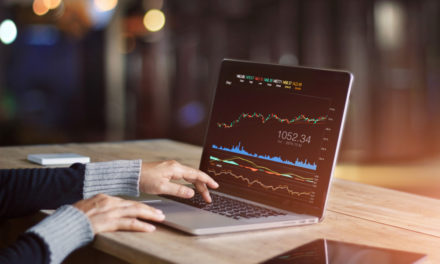 You might have heard about Matt Badiali and John Ross’ successful “buy on black” system. It allows you to profit no matter what’s happening in the market.

This is a fantastic time to have a system like “buy on black” in your pocket. October is known for its volatility.

We’re just five days in, but October has lived up to its reputation. The Dow Jones Industrial Average made headlines this week when it dropped by more than 800 points in two days.

Now, I told you about “buy on black” two weeks ago, after Matt and John made a killing on oil.

When I reached out, we’d just closed the doors. But Matt and John were overwhelmed with requests to join and get in on the next wave of trades.

Please let me know if you reopen the Apex service about oil.

Would like to know more on the “buy on black” system.

And Dave C. reached out:

Requesting to get on waiting list for when the [Apex Profit] service may reopen.

Nancy, Lex, Dave — and anyone else who’s not a member already — here’s your chance! We’re letting a limited number of elite readers in this weekend.

If you’re already enrolled, congratulations! You had a fantastic September.

John and Matt’s readers closed three full trades and two half-trades for gains including 320%, 163% and 79%!

I spoke to John this week. He sees a similar setup happening in October.

He told me about five stocks he’s watching for what he and Matt call “buy on black” signals. They recommend a “profit accelerator” to profit big-time from small upward moves in stocks.

One of them is aluminum producer Alcoa Corp., which John discussed in his brand-new Chart of the Week on Wednesday.

I’m excited to see what chart John will share with us next week! His knowledge and pattern analysis are so valuable — and you’re getting it free every Wednesday!

John thinks Alcoa’s stock could rise 30% in the next 30 days.

He explains more about how you could turn a move like this into triple-digit gains when the system triggers a “buy on black” in the video below.

John also told me about three more companies he’s watching for “buy on red” signals. This is a way to profit when the stock is falling.

He added: “I’ll be watching more stocks for ‘buy on red’ signals if sentiment doesn’t improve in the coming days.”

If you’re keeping track, that’s at least eight opportunities that could trigger as soon as next week!

To get in on this lucrative batch of trades and absolutely crush the market, don’t wait. Check out Matt and John’s presentation today!

If you have any topics you’d like Matt, John, Chad, Charles or Anthony to cover, reach out to winninginvestor@banyanhill.com. I’ll be sure to pass your emails on to them!

Check out the articles below if you missed any of our experts’ advice this week.
***

The stock market hates oil right now. Oil prices are as low as they were back in 2009. Energy Information Administration predictions suggest that oil prices will be more volatile. Matt Badiali reveals one way to profit when the price heads back up. (2-minute read)

Minimizing risk and collecting steady income is an investor’s dream. With the Federal Reserve lowering interest rates again, accomplishing that might seem out of reach. But that’s where Chad Shoop comes in. He shares his No. 1 rule to make that dream a reality — to the tune of 40% every year. (4-minute read)

Buy Alcoa’s Stock for 30% Gains: John’s Chart of the Week

The U.S.-China trade war pummeled this stock in the past five months. But this is a contrarian buying opportunity. John Ross’ Chart of the Week shows that it’s set for a 30% rally. (4-minute read)

Tesla released a new feature for its electric cars last week. But its Smart Summon still has some issues to work out. Charles Mizrahi doesn’t believe in investing in companies like Tesla. He explains why in this video, and he shares a bonus trade at the end! (6-minute video)

Anthony Planas discusses the benefits of switching from opioid-based treatments to a cannabis approach. He breaks down the massive growth in the medical marijuana market for you — so you know how to tap into it. (4-minute read) 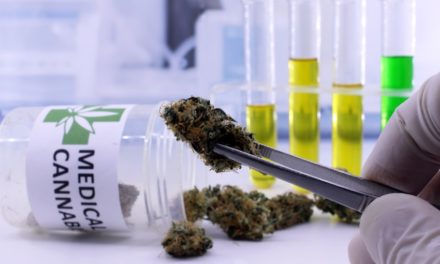