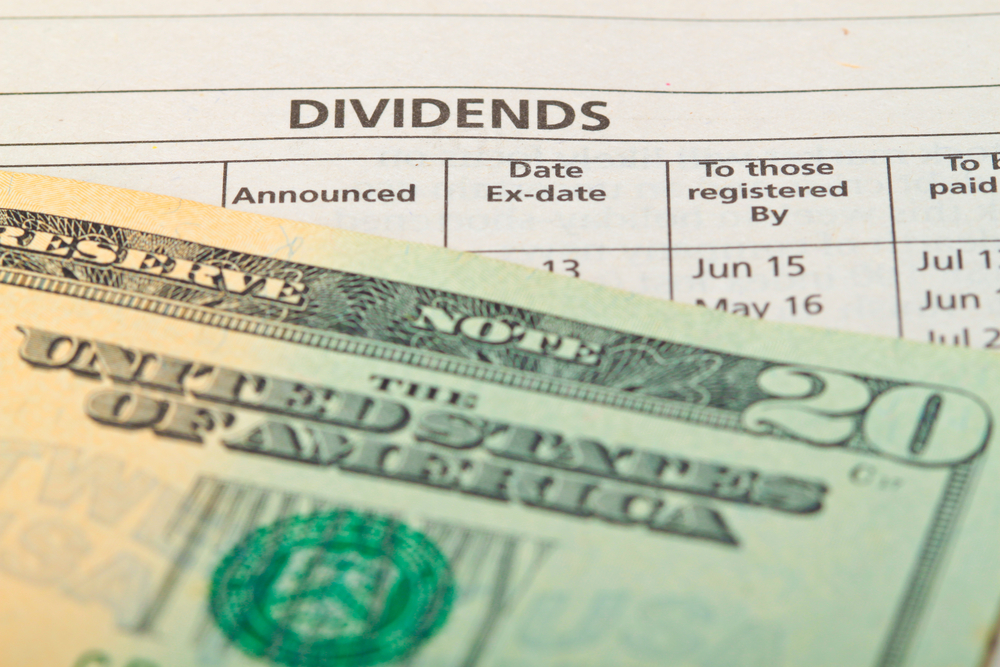 The Federal Reserve is set to increase its lending rates for the first time this year in December.

Conventional wisdom tells you to take certain actions based on this sentiment, which is what we have seen play out in the market since Donald Trump was elected president.

I will caution you, however, not to sell one particular segment of the stock market. In fact, this is a buying opportunity…

With interest rates on the rise, conventional wisdom tells you to exit your high-yielding stocks for stocks with more prospective growth.

But one thing doesn’t change regardless of who is in control of the White House: the mess left to clean up.

For Trump, this mess includes a monstrous amount of debt, slow growth and weak employment opportunities … just to name a few.

And it will be a tall order to overcome, which tells me that now is not the time to bail on dividend-paying stocks.

It’s time to buy them.

Doubling Down on Debt

Trump’s presence has yet to grace the Oval Office, but markets are reacting to him taking the helm in less than two months. He has a lot of big policy agendas he is set to push immediately, but Trump has adamantly pushed for increased government spending and lower taxes.

He plans to ramp up spending on infrastructure while simultaneously reducing taxes for many Americans. The result, naturally, is less income for the government. Now, Trump has plans to make up for this lost income and increased spending, but it remains to be seen if these plans will stick or not.

That’s why I continue to focus on our national debt level. It’s already at the insane amount of $20 trillion — a level so enormous that you and I can’t truly appreciate its magnitude.

And Trump is set to add to that.

To understand just how bad the situation is, let’s take a look at current national debt versus gross domestic product (GDP):

The gist of the chart is that for every $1 the U.S. economy creates, there is $1.05 in debt. That’s an enormous hole to crawl out of, and it will overshadow anything Trump wants to accomplish.

As he increases spending and reduces taxable income for the government, this ratio will continue higher … and it’s why interest rates are set to stay at depressingly low levels for the foreseeable future.

Yes, the Federal Reserve will likely increase rates a quarter of a point in December. The market has largely priced it in already.

But, aside from that hike, we are more likely to see an interest-rate cut next year as any additional moves to normalize interest rates will cause U.S. debt payments to rise to nearly a trillion dollars.

Besides, Trump has called out the Fed as being politically motivated — i.e., keeping rates low during the Obama administration so that the government could borrow beyond its means. Any attempt to drastically increase rates during Trump’s tenure could be seen as though the Fed is trying to cripple his spending policies. The Fed doesn’t want the added pressure, so I don’t expect to see rates rise significantly in the next decade.

Hold on to Your Dividends

I don’t see a scenario where we get back to a normalized world anytime soon … at least not until something is done about the U.S.’ debt addiction.

This is why economic growth will remain sluggish, and investment returns will remain in the basement. It’s also why you can use any market weakness as an opportunity to either scoop up new high-yielding companies or add to your existing holdings.

If you prefer broad exposure, you can focus on an exchange-traded fund (ETF) such as Global X SuperDividend U.S. ETF (NYSE Arca: DIV), which currently offers a dividend of more than 7% and should continue to perform well as investors realize extremely low rates are here to stay.