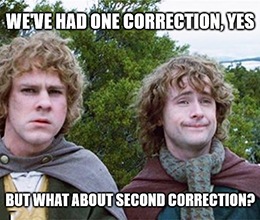 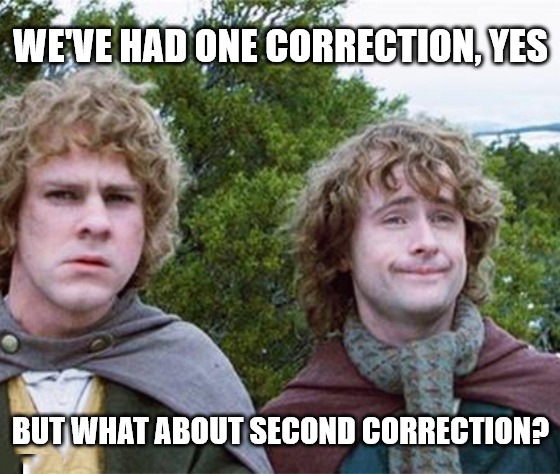 Getting Sentimental on the Dow

Ever have one of those mornings when you read headlines from the major financial publications … and you nearly spit your coffee all over?

You get the picture.

When it comes to spit takes, there’s nothing like Dow headlines following a market rout. (I don’t know why I find this funny. I know I’m not right in the head. It’s why you like me … right?)

Now, I’m not one of those fervent Dow watchers — at least where the economy’s concerned. The Dow has long been disconnected from the actual U.S. economy. No, I view the world’s most-tracked market average as more of a sentiment indicator.

I follow the Dow for the same reason I follow the CBOE Volatility Index (VIX) — as an indicator of market fear or market complacency. The more the Dow appears in financial headlines, the more I know that market sentiment is shifting.

With the financial media reporting on every 50-point move in the Dow this morning, I know that fear has returned to the market in a big way. Recent VIX activity confirms this, as the “fear index” is up roughly 48% since Friday’s close.

That’s a considerable jump, and it may lead you to conclude that the COVID-19 outbreak is now priced into the market. I’m not convinced that’s true.

For instance, the Federal Reserve doesn’t seem to be taking COVID-19 very seriously. Cleveland Fed President Loretta Mester recently said that she has priced the virus into her forecasting model, but still projects “healthy consumption growth” and a “pickup in investment spending.”

Investment spending with this much uncertainty? Have you met U.S. businesses?!

Elsewhere, Fed Vice Chairman Richard Clarida said that it was “too soon to even speculate” about the virus’s impact. He said this to the National Association for Business Economics … right after speculating that the virus would considerably impact China’s first-quarter economic growth.

So, it’s too soon to speculate, but you’re still speculating … and that speculation isn’t good.

Let’s put that speculation in perspective.

Remember the SARS outbreak? When it hit China back in 2003, the Chinese economy only accounted for about 4% of global gross domestic product (GDP). The country was a blip on the radar back then.

However, the Chinese economy now accounts for close to 19% of global GDP. China’s economy was basically shut down due to COVID-19, and it’s still struggling to fully come back online. That’s pretty far from a blip. That’s a considerable impact on the global economy.

I’m all for “Rah-rah, go U.S. economy!” After all, we have the lowest unemployment rate in decades, consumer spending is strong, the housing market is on fire … but the Fed needs to take notice of what’s going on outside of U.S. borders.

The COVID-19 situation will take the shine off this rosy U.S. economy. The coronavirus correction isn’t over, and somebody needs to tell it like it is.

If that “somebody” is Great Stuff and not the Fed … so be it.

Good: To the Maxx 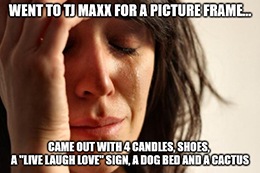 I’m starting to think that the “retail apocalypse” isn’t real … or, at least, it’s not quite the narrative we’ve been sold. I mean, sure, you have your struggling companies like Bed Bath & Beyond Inc. (Nasdaq: BBBY). But then you have retailers like TJX Cos. Inc. (NYSE: TJX).

TJX runs T.J.Maxx, Marshalls and HomeGoods stores, and the company is killing it right now. The retailer reported that fourth-quarter earnings spiked 19.1% year over year to $0.81 per share, as revenue rose 9.9% to $12.2 billion. Both figures easily beat Wall Street’s targets.

But wait … there’s more! The company also announced plans to hike its dividend 13% and repurchase $1.75 billion to $2.25 billion in stock.

That said, TJX was cautious in its outlook, but nowhere near as negative as other retailers. The company’s first-quarter and full-year guidance puts the top of those earnings ranges about $0.02 per share below Wall Street’s views. Not too shabby considering COVID-19 fears.

Better: What About Bobs? 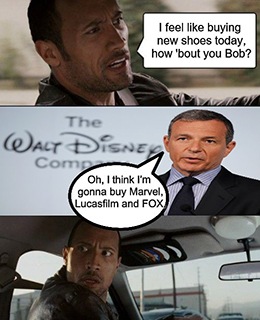 It’s the circle of life. Bob Iger is now officially the former CEO of The Walt Disney Co. (NYSE: DIS).

Last night, Iger suddenly announced his departure from Disney after leading the company for 15 years. “We’re not concerned at all about creating any confusion,” Iger told a confused Wall Street. But it’s not like investors didn’t see this one coming.

At last year’s investor day meeting, Iger told attendees: “2021 will be the time for me to finally step down.”

It seems that Bob moved his time frame up just a bit — after repeatedly moving it back in years prior. Still, Iger leaves behind a considerable legacy, including the acquisitions of Star Wars, Marvel, Pixar and Hulu, as well as the Disney+ launch.

Stepping in to fill Iger’s rather large shoes is Bob Chapek, the former head of Disney’s theme park business. Chapek bills himself as a direct-to-consumer kind of guy: “Everything I’ve done in my career has been about the consumer. … Parks are about as direct-to-consumer as you can get.”

While DIS investors are understandably nervous about Bob replacing Bob, Disney is in such a solid market position that it’d be difficult to mess things up at this point. And clearly, the new Bob understands Disney’s consumers very well. During the past three years, Chapek has helped push Disney’s annual park revenue growth above 10%, after it lingered in the single digits for years.

In other words, the Iger dip in DIS shares looks like a bullish opportunity. Buy DIS, and Bob’s your uncle.

Best: A Force to Be Reckoned With 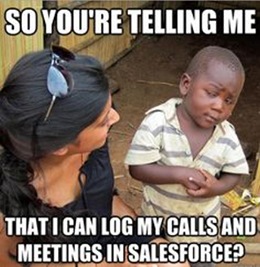 There’s a lot to unpack with Salesforce.com Inc. (NYSE: CRM) today, so you might want to sit down for this.

But spending also topped the consensus expectation, with 14% of revenue going to research and development. Investors reacted negatively to this fact. It’s like they don’t realize that Salesforce.com is investing in itself to catch up with the Microsoft Corp.s (Nasdaq: MSFT) and the Oracle Corp.s (NYSE: ORCL) of the world.

Second, co-CEO Keith Block announced that he’ll step down. Block is staying on as an adviser for CEO Marc Benioff, so this news isn’t all that big of a deal for CRM investors. Still, news of CEOs departing is typically a bearish driver for stocks.

So, we have heavy spending, a retiring CEO and an acquisition all in one day for Salesforce.com. However, CRM shares only lost about 2%, so more than a few investors see the value in the company’s heavy spending on growth. If you haven’t already, CRM is worth looking into.

I hear you loud and clear! For those who want more options, I have a bit of a treat coming for you next week. Starting Wednesday, March 4, we’re giving you three days of Options 101 … Great Stuff style.

We’ll round out on Friday with one of our favorite options strategies … and maybe we’ll even sneak in a trade idea! (Market willing…) So, be sure to tune in!

Now, on to today’s poll of the week:

Are you enjoying this week’s bloodbath? I’m relaxing in mine with a lavender-and-lemon bath bomb.

I joke, but I’m sure it’s been painful for your portfolio. Sometimes the laughter is all that keeps us going. Just remember: It’s not the end of the world.

If you haven’t watched it yet, I won’t spoil the ending for you! (I won’t lie, it’s a tear-jerker.)

Needless to say, Ian King’s optimistic perspective was contagious. He’s always thinking about innovation, change and what the world will look like 10 years down the line.

Much of these trends rely on now-weakened supply chains in China and South Korea … but this virus isn’t strong enough to stop world-changing technologies such as artificial intelligence, 5G and Big Data — exactly the tipping-point trends that Ian focuses on.

I truly believe that, if you’re positioned to ride these huge tech trends in the years to come, this week’s volatility is nothing more than a chance to load up at a discount. And Ian King’s Automatic Fortunes is your front-row ticket to research on the most exciting tech breakthroughs of our time.

Click here to learn more about the one tech trend that Ian believes is set to soar — coronavirus be damned. 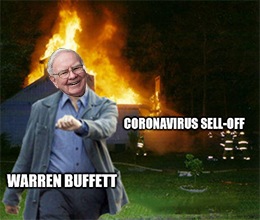 Buffett’s Billionaire Bust; Nio’s Bailout Is a Must 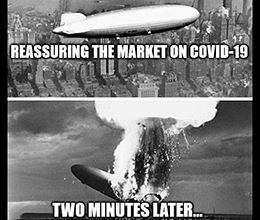