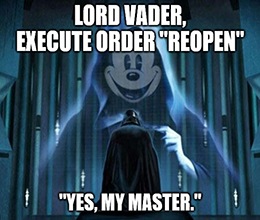 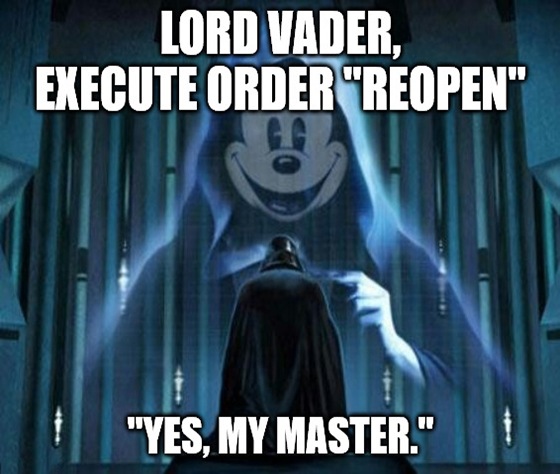 Since most of the major financial headlines today are “B”-double-“O”-ring, I thought it’d be nice to look at a rather undervalued company that just happens to be a Great Stuff Pick.

We recommended buying The Walt Disney Co. (NYSE: DIS) at the literal end of 2019 — December 31, to be exact. Disney was one of our “4 Stocks to Buy Before the Ball Drops.” Since then, DIS went on to become the single-worst currently open position in the Great Stuff portfolio.

Ha-ha … sorry about that. (I did a Mickey Mouse impression there that just doesn’t come across via text.)

That said, this is more of a “sorry, not sorry” tale.

All of the drivers I mentioned in that article remain true. Disney still accounted for 33% of the total U.S. movie market last year. Disney+ is still a red-hot streaming service. In fact, Disney+ saw app downloads spike 74% this past weekend as the Broadway musical Hamilton launched on the service.

Combine this success with a Hulu bundle, and Disney is still poised to overthrow Netflix Inc. (Nasdaq: NFLX) as the king of online streaming.

That’s wonderful, Mr. Great Stuff. Just wonderful. If Disney is so great, why’s the stock down 23% this year?!

Fair enough. There are two reasons, both related to the coronavirus:

First, movie theaters remain mostly closed. That means no Mulan live-action movie. No Black Widow movie, etcetera. For a company that put up 33% of last year’s movie market, you can see where that hurts a bit.

Second, Disney theme parks have been closed since March 15.

Last year, theme park revenue made up 37% of Disney’s $69.9 billion in revenue. The company plans to start reopening parks this weekend, with the Magic Kingdom and Animal Kingdom opening July 11. But with Florida’s cases rising quickly, this reopening’s success remains to be seen.

Now, those are two major contributors to Disney’s bottom line. Stocks fall when revenue falls … or at least they’re supposed to. However, as Bank of America and Merrill Lynch Analyst Bryan Goldberg noted today, there is still magic in the Magic Kingdom:

The bottom line here is that Disney isn’t going anywhere. The company will be back stronger than ever once this crisis is over. Consider this year’s 23% drop in DIS a pandemic discount.

For Great Stuff readers who missed our recommendation in December, now is the time to buy DIS.

If you already own DIS — like the good little Great Stuff reader that you are — then keep holding. Once the pandemic is over, DIS is gonna be on like Tron or some more-relevant rhyming reference.

But Disney isn’t the only giant sleeping through the pandemic, poised to awaken great gains in your portfolio. The real potential for your investment dollar lies in energy technology — specifically, a crucial piece of tech developed by one tiny, pioneering American company.

Good: Tootin’ My Own Horn 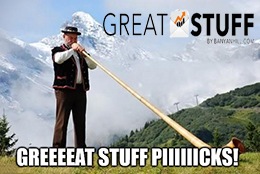 Remember yesterday? All our troubles seemed so far away…

The stock closed yesterday down more than 57% from its June all-time highs, which was just unfair.

Especially since most of that selling pressure came from a faction of pro-Tesla social media warriors.

I get it. Tesla Inc. (Nasdaq: TSLA) is awesome. I, too, am bullish on this leading electric vehicle (EV) automaker. But the world doesn’t belong to Tesla, and Great Stuff wasn’t the only one that noticed the market’s error.

This morning, J.P. Morgan Analyst Paul Coster upgraded NKLA from neutral to overweight, citing Nikola’s attractive valuation. Coster noted that Nikola is “starting to look attractive for long-term investors” and that he was onboard with this story stock as long as “…the company executes to plan.”

That was our sentiment exactly. If you got into NKLA yesterday, you’re up a quick 16% or so — today’s volatility being what it was. So, congratulations! There’s much more in store for NKLA, so enjoy the ride.

If you didn’t get in yesterday? Well … why? (You morning readers got shafted on this one.)

NKLA is still a Great Stuff buy, but, if you get in now, your results will definitely vary at this point.

Editor’s Note: If you thought overnight gains with stocks was a blast, wait until you see the lightning-quick trade opportunities in options! 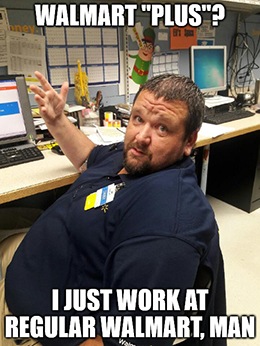 Amazon.com Inc. (Nasdaq: AMZN) is in trouble. Walmart Inc. (NYSE: WMT) is about to crash the e-commerce scene in a very big way.

According to a report on Recode, Walmart is about to launch Walmart+ — no relation to Disney+, even though they have the same last name.

Walmart+ is the company’s answer to Amazon Prime. It’s a $98-per-year subscription service that gets you same-day delivery, fuel discounts and early product access. And it’s coming this month!

Now, I don’t know about you, but the only reason I subscribe to Prime is for the free shipping. I’m not a fan of Prime Video, Amazon devices or any of Amazon’s other offerings. If I (and the rest of the online-shopping reliant) now have a cheaper alternative, that’s worth considering.

This means big trouble for Amazon and its over-150 million Prime subs … especially if Walmart’s “VUDU” streaming service ends up being part of its deal eventually.

WMT jumped more than 7% yesterday on the news and held basically flat today.

Best: Apple Core! Who’s It For? 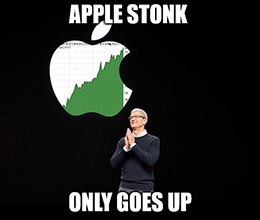 Apple Inc. (Nasdaq: AAPL) is probably the most boring “best” stock ever. It’s not here because of some new service, new idea or new product line.

It’s today’s “best” because it hasn’t done any of those things. Apple just executes. It just works. Especially as an investment.

Deutsche Bank Analyst Jeriel Ong — of the Staten Island Ongs? — lifted his price target on AAPL from $380 to $400. His reason? Apple should “continue to offer upside for investors.”

In other words, Apple will continue to make Apple things, and Apple customers will buy those things.

Ong did note that Apple’s 66% run this year “has some investors a bit anxious,” but that didn’t stop him from boosting his 2020 revenue and earnings forecasts on the company.

It’s not flashy, but it works. And … it’s good enough for Warren Buffett. About 43% of the Oracle of Omaha’s portfolio is currently tied up in Apple stock. Diversity? Who needs diversity when APPL stonks just goes up?

Today’s Poll of the Week carries on a recent Great Stuff theme — disconnecting … and conversely, reconnecting!

We’ve asked you to share your take on social media: whether you’re surfing the feeds more than ever, or cutting the Facebook fat out of your virtual diet.

Now, we’re far from the early nail-biting news days of March lockdowns … so what’s your news consumption like these days? Are you still tuning in daily? Or have you long since dropped out of the news loop?

Let us know below!

And if none of our poll options quite fit your fancy, write to us at GreatStuffToday@BanyanHill.com!

We’d love to hear from you, and your email just might feature in tomorrow’s edition of Reader Feedback. Unless you want to keep your memo hush-hush, in which case we understand. (Wink wink, nod nod.)

Great Stuff: This Past Week(end)

By the way, if you were wondering what happened in last week’s poll, we asked about your Fourth of July plans. Personally, I commend the 44% of you keeping your celebrations on the small side, and you bet I did my fair share of gazing longingly in the distance like 14% of you.

By the way, for the one guy or gal out there stuck Zoom-barbecuing … I feel for you. Let’s all raise a neet glass of Kentucky striaght burpbon to this Zoomecuing independence warrior!

However you celebrated this past weekend, we thank you for making it through the explosive-and-booze fest to read today’s issue! Alright, I’ll stop rambling and let you take over now.

GreatStuffToday@BanyanHill.com. Write to us! 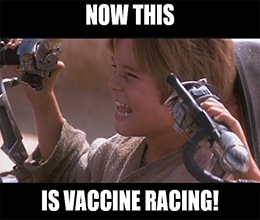 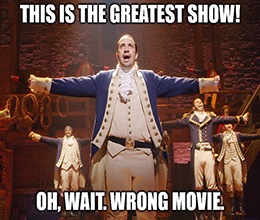