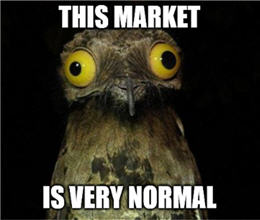 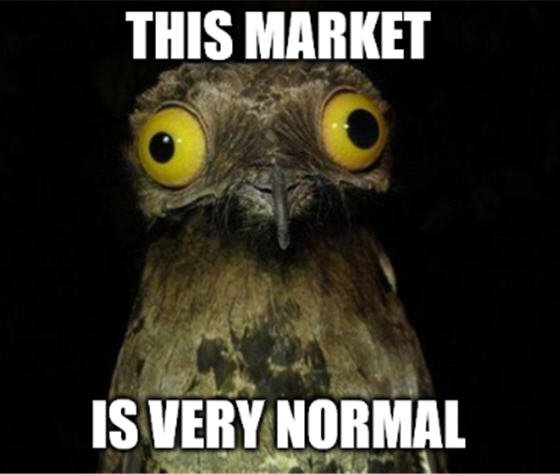 This week has been very bizarre.

People are planning a civilian raid on Area 51, and the Fed is planning to cut rates — despite a growing U.S. economy, for Pete’s sake.

Unfortunately, you’re not in an episode of Black Mirror. This is the timeline we’re stuck in right now.

As we head into the weekend, the financial news has graced us with a few more oddities to chew on. 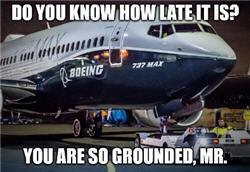 You could buy your own private island with that amount of moolah. A couple of them.

If you converted that to $1 bills and laid them all out flat, you would cover almost 20 square miles!

That’s a mind-boggling amount of cash. And it’s what Boeing is writing off on its 737 MAX 8 debacle. And that’s just for the second quarter!

“This is a defining moment for Boeing,” CEO Dennis Muilenburg said in a statement following the announced charge. Defining indeed. Current forecasts assume regulatory approval to get the 737 MAX 8 back in the air in the fourth quarter. If it extends longer than that, expect more multibillion-dollar write-downs for Boeing.

While a $4.9 billion charge is bizarre enough, BA shares are actually rallying on the news. Investors are seeing this as a good thing.

We all know that Wall Street absolutely abhors uncertainty, but when certainty means a $4.9 billion charge … how is that a good thing?

What’s more, the uncertainty isn’t even over yet. We won’t know if the 737 MAX 8 is airworthy until possibly the final three months of this year. The fact is, Boeing needs this plane back in the air by then. It’s the start of the busiest travel season of the year.

Investors are currently hoping for a Christmas miracle, but they might just end up with lumps of coal in the portfolios. 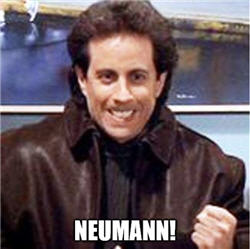 This is a story about Adam Neumann and Bobbie Sue — two entrepreneurs with nothing better to do.

Okay, he didn’t run … yet. Neumann has reportedly cashed out $700 million in stock sales and equity-secured loans from his WeWork position ahead of its initial public offering (IPO). If that sounds bizarre, it’s because it is.

Typically, CEOs wait until after the IPO to cash out. The only other people who came close to taking this kind of money pre-IPO are Groupon Inc.’s (Nasdaq: GRPN) Eric Lefkofsky, who took $300 million, and Zynga Inc.’s (Nasdaq: ZNGA) Mark Pincus, who took a $100 million cash-out.

What Neumann did with all that cash is even less inspiring for WeWork investors. He’s investing in real estate, setting up a family home office and investing in other startups. All smart moves … for someone looking to grow wealth outside of his company and preparing for the worst.

It’s almost like Neumann doesn’t have enough faith in WeWork to keep his cash there.

I’m not knocking Neumann for taking advantage of the situation. I am, however, casting doubt on WeWork’s potential. As I’ve said before, this company is valued like a tech startup. It’s not. It’s a real estate rental company. No amount of “cloud” or “app” buzzwords or “authentic” millennial branding will change that. 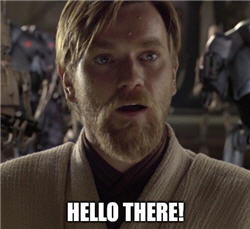 The feud between President Trump and Amazon CEO Jeff Bezos is well known at this point. That feud was ratcheted up a notch this week. According to Trump, he’s looking “very seriously” at Amazon’s $10 billion JEDI contract with the Pentagon.

The Joint Enterprise Defense Infrastructure (JEDI) cloud computing project was clearly named by a Star Wars fan with too much time on his hands. Jedi don’t need clouds or computing. They use more elegant weapons from a more civilized age.

Trump went on to claim that he’d received “tremendous complaints about the contract with the Pentagon and with Amazon.” Namely, those complaints have come from IBM Corp. (NYSE: IBM) and Oracle Corp. (NYSE: ORCL) — both of which are bidders for the JEDI contract.

In true Sith fashion, Oracle and IBM are complaining that there must be two providers. There are always two, no more, no less. However, Oracle recently lost a legal challenge arguing against the Pentagon’s decision to award the contract to a single provider.

Presidents taking personal feuds into government contracts was only bizarre before Trump came into office. Now, it seems par for the course. That said, Amazon appears to be on solid legal footing in this case.

Furthermore, Amazon investors seem unfazed by the spat with Trump. AMZN shares are holding up nicely, likely boosted by early Prime Day sales figures. Still, shareholders should keep an eye on this developing situation, as $10 billion is a lot of money — even for Amazon. 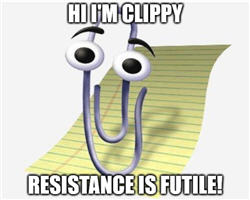 If someone told me 40 years ago that Microsoft would be one of the most dominant tech companies on the planet … I wouldn’t have understood them. Hey, I was like 4 years old. Give me a break.

But if you had told my teenage self that the purveyor of Windows ME would still exist, I’d have told you that you were crazy. Microsoft is like a cockroach.

You just can’t kill it. It keeps shifting, dodging, squishing into small spaces and exploding in record numbers.

Microsoft also forecasted cloud revenue of $10.3 billion to $10.5 billion for the first quarter, above analyst expectations. And this is before we get to see the real benefits of Microsoft’s $2 billion cloud deal with AT&T Inc. (NYSE: T).

Remember all the hype about Apple Inc. (Nasdaq: AAPL) becoming the first $1 trillion company? Back in December 2018, I asked readers which company they thought was worth $1 trillion. Apple was the resounding response.

Where are we now? Apple has been unable to hold on to that elusive valuation, while Microsoft has blown past it in style.

Should you still invest in Microsoft? Yes. Yes, you should.

Microsoft isn’t going anywhere. It’s been through the school of hard knocks, survived antitrust lawsuits and weathered the dot-com bubble. If there still are “buy-and-hold” stocks on Wall Street, MSFT is one of them.

Great Stuff: Reservation for You! 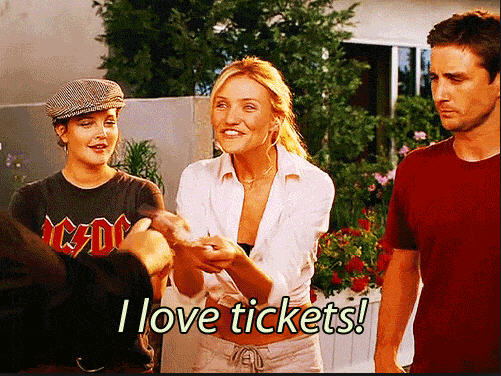 Hey! Did you get the reservations I left for you on Wednesday?

You know, the ones for the Apex Profit Summit?

What’s the Apex Profit Summit? Sheesh … I feel like you don’t really listen to me anymore.

The Apex Profit Summit is only the event of the year!

It’s where Banyan Hill expert Matt Badiali will spill the beans on what’s being called “the top moneymaking protocol this side of Wall Street!”

You see, Matt and his team have just put the finishing touches on a brand-new investment system designed to take the stress out of a volatile market and make you oodles of cash.

Now, spots at this summit are limited. But, luckily for you, I work here … and I’ve saved a few tickets just for Great Stuff readers like you.

But you have to act fast. The deadline for signing up is this Sunday … and by then, other Great Stuff readers may have stolen your spot.

And, to sweeten the deal even more (as if you needed any more incentive — 232% gains not enough for you?), register now and you’ll be entered to win a full year of Banyan Hill’s most elite research for free! You’d pay like five grand for that on your own.

So, don’t let someone else steal your spot. 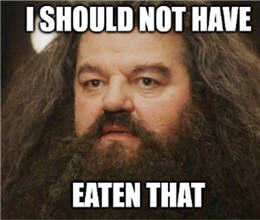