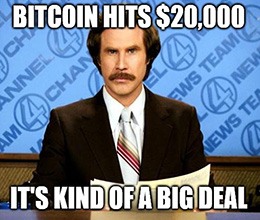 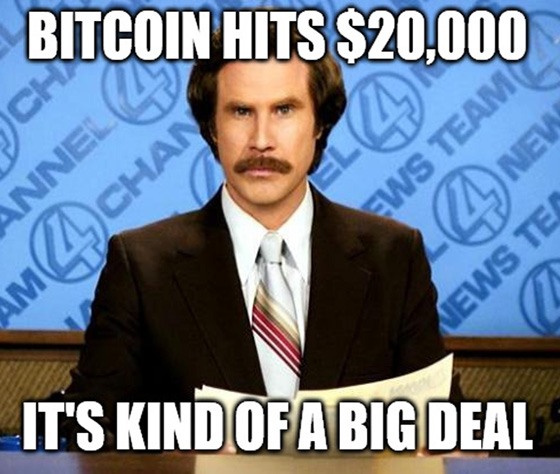 I have a critical question for you today, Great Ones.

And it could be the most important question investors ask in all of 2021: What do you know about bitcoin (BTC-USD)?

The world’s most valuable digital currency just topped $20,000. So, it’s time to take this seriously.

Now, some of you have likely heard about “farming” bitcoin and cryptocurrencies. (Bitcoin is a cryptocurrency — or crypto — which is basically a fancy word for digital currency.)

Maybe you even went as far as to invest in Nvidia or AMD to capitalize on the trend.

Some of you might even remember bitcoin’s surge to $19,000 back in 2017 and its subsequent 81% plummet in the following year.

Back in 2017, the world wasn’t ready for bitcoin. Back then, bitcoin was almost exclusively used as an investment tool. You either farmed bitcoin, or you speculated on bitcoin.

But times have changed … massively. Bitcoin’s acceptance has experienced a shift of tectonic proportions! (Yeah, I have a thesaurus. Why do you ask?)

Now bitcoin has more uses than you can shake a stick at.

From “tectonic” to “shaking a stick?” Really?

There’s bitcoin lending, bitcoin wallets, bitcoin shopping, standardized bitcoin trading, bitcoin banking backed by the largest global banks in the world … I could go on and on, but at some point, I’d start to sound like Bubba Blue from Forrest Gump.

Big-name investors like Paul Tudor Jones and Stanley Druckenmiller have already moved their assets into cryptocurrencies. (I prefer Druckenpabst, but what are you gonna do?)

Retailers and tech companies such as Square, PayPal, Microsoft, Home Depot, Starbucks and Overstock all allow you to pay with bitcoin or other digital currencies.

Bitcoin has also replaced gold as the go-to safe-haven investment. Just an FYI: Great Stuff talked about this back in September 2019, so don’t say you weren’t prepared!

Even the U.S. Federal Reserve is in on the cryptocurrency trend! Eventually, that is. You know how slow it is.

The point is, bitcoin and cryptocurrencies aren’t just for speculators and farmers anymore. The crypto movement has arrived. It’s legitimate, and it’s an investment you need to be a part of.

OK, Mr. Smartypants, how? How do I invest in bitcoin when I barely know the difference between a “bit” and a “coin?” And that word “crypto” sounds scary!

Fear not, Great Ones … I have you covered!

The. Red. Carpet. Just for you, Great Ones. You’re all my VIPs, after all.

At this event, Ian will discuss the four specific catalysts driving bitcoin and the crypto market right now. He’ll explain the mind-boggling potential underlying the Bitcoin market — and exactly how you can invest in a trend that is headed toward astronomical new highs!

(But you need to hurry. I may be Mr. Great Stuff, but even I could only secure you so many tickets!) 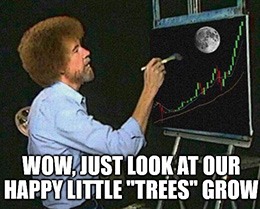 The reverse merger would make Aphria a wholly-owned subsidiary of Tilray, uniting two of the most recognized names to outlast the 2019 haze. It’d also mint the new Aphria-Tilray chimera as the world’s largest cannabis company by revenue, putting even Canopy Growth (Nasdaq: CGC) under Tilray’s shadow.

If you currently own APHA, congrats! The cannabis consolidation fairy will grant you 0.8381 TLRY shares for every share of APHA you hold. Today, TLRY shares were up about 24% on the news, and APHA barely budged 3%.

The buyout didn’t come out of nowhere, either: Both canna companies will benefit from a healthier combined cash situation while they establish a deeper footing in the market. Which leads us to today’s corporatism of the day, kids: cost synergies!

Don’t underestimate the power of cost synergies (children scream) when you can save a few loonies in the next few years — C$100 million, in fact, on cultivation, production, product purchasing, sales and marketing.

What I’m focusing on is how the combined company breaks into drinkables — think cannabis-infused beverages for a legit Mellow Yellow. Aphria previously agreed to buy out Sweetwater Brewing Company, bringing some U.S. craft beer expertise (depending on your taste) to the drinkable game.

Tilray already has a partnership with Anheuser-Busch InBev, which all but guarantees the company will keep branching out from relying on flower sales.

Most talking heads on the Street are still crowing about how the deal reinforces cannabis as a viable economic sector — let alone the “ooOOooH risqué vice stocks” hoopla of years past. If you’ve followed Great Stuff this year, you know the market has always been there … the return on investments, not so much.

A new (old?) giant has entered the fray now. And the “unprofitable pot stock” pot shots might be a thing of the past before long. 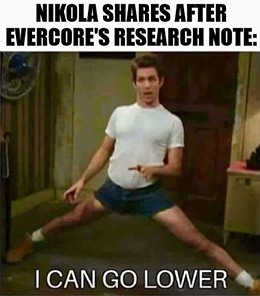 This may surprise you, but a few people out there still haven’t given up on Nikola (Nasdaq: NKLA). And no, I’m not talking about Nikola employees or Great Stuff reader Donna.

ISI Evercore said in a research note to clients today that it sees reasons to be “cautiously optimistic” about Nikola and its hydrogen power goals. Evercore started its NKLA coverage with a hold rating and a $20 price target — with a “bull case” target of $37 and a “bear case” target of $10.

Clear as mud, right? At least it’s clearer than the GM deal was earlier this year.

Evercore analysts said they’re encouraged that Nikola dropped its consumer product ambitions to now focus solely on commercial semitrucks. The ratings firm also noted that the next couple of years will be “vital” for Nikola, especially in terms of investor confidence.

So, if you like Nikola Coladas, and getting caught in the rain… If you’re not into EVs, if you have half a brain… If you like stressing out at midnight, watching Wall Street’s ticker tape… Evercore’s what you’ve looked for; wait for Nikola to escape.

Sorry, “The Piña Colada Song” just came out of nowhere. At least it wasn’t Nickelback…

That said, I need more than Evercore’s reassurance on Nikola after last month’s debacle. 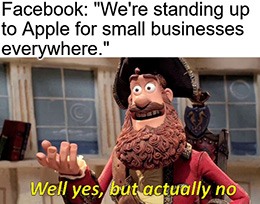 Longtime Great Stuff readers know that I have very little patience for companies with “holier than thou” attitudes. But combine that with straight-up misrepresentation? Oooh … them’s fightin’ words.

The company even had the audacity to start the hashtag “#SpeakUpForSmall.” We all know that multibillionaire CEO Mark Zuckerberg is all about small businesses!

I can hear you laughing all the way down here in Kentucky.

Let’s get real here. Facebook doesn’t care squat about small businesses. It doesn’t. And no amount of advertising will convince me otherwise.

Sure, small businesses represent a fair amount of Facebook’s ad revenue. But the real deal Holyfield is that Apple’s new iPhone privacy settings limit the amount of user data Facebook can grab from those devices.

And what is Facebook’s real product? You.

Apple’s iPhone privacy changes limit how much of you Facebook can freely harvest and sell. That’s what Facebook is really upset about. That’s what the social media giant’s faux outrage over small businesses truly disguises.

Speaking of surprises, put away your notes, and don’t peek at the Almighty Google: It’s time for a pop quiz!

What, you thought you’d get a mini-lesson on bitcoin’s $20K breakthrough without a little brain-picking and noggin-prodding? Don’t worry: Our Poll of the Week is but a simple query … just a little check-in on your bitcoin adventures (or misadventures).

Namely, we want to know if you’ve bought into the virtual golden coins yet. Click below and let us know:

By the way, judging by the number of your emails that essentially said: “Streaming? Huh, yeah. What is it good for?!” I’m gonna guess more than a few of you checked out last week’s poll.

We asked you all what you use to stream your streams, and I should’ve predicted the outcome … but here goes anyway.

Most of you — about 46% — use good ol’ Roku to tune in, while another 21% and 20% of you fan the flames on your Fire TVs and Smart TVs, respectively. There were only 10% of you in Apple’s savage walled garden … this time around.

Chromecast, woohoo! We are the 2%!

Unexpected? No, not really any surprise here. That’s why you really gotta make sure to make your voice heard in today’s poll on bitcoin.

Of course, if you have more on your mind than a poll could satisfy, you better get to rambling! Only a few hours separate us from a deep dive into the Great Stuff inbox to gather the cream of the rant-worthy crop. 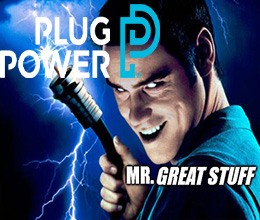 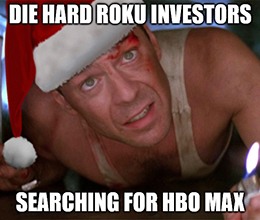