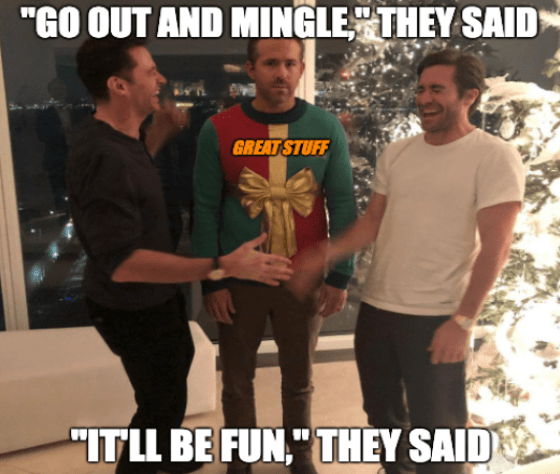 Get your white elephant gag gifts and novelty Christmas sweaters at the ready … it’s party time!

Yes, we do start celebrating the holidays super early here … why do you ask? Name your holiday of choice, and I’m in — it’s not like we need a reason to huddle ‘round for some festive hoopla, but it helps.

Anyway, this is all to say that the Great Stuff team went out gallivanting today … adventuring to Banyan Hill’s annual bash.

It’s the kinda shindig where you hear stuff like: “You know what the SPAC market has in common with Resident Evil?” Not to mention Fed announcements reenacted as Monty Python skits.

Yes … we discuss the Fed and SPAC trading for fun. Thrilling, isn’t it?

Unfortunately, since science has yet to invent teleporters or flying cars — the Jetsons lied to me, and I will never forgive them — we’ll all be airborne while today’s lovely edition of the Thursday Throwdown is being delivered to your inbox.

But don’t think we didn’t have some Great Stuff set aside for you today … oh no siree! (Complaints about my double negative usage go here, by the way.)

We pulled together some hot takes on this week’s biggest stories … or at least whatever the market’s mulling over in a daze like two-day-old coffee.

But enough of this chitter-chatter. Let’s get at ‘er, shall we?

And An Epic Battle Ensued

Apple’s (Nasdaq: AAPL) ongoing skirmish with Fortnite developer Epic Games is the poorly wrapped gift that keeps on giving … and at this point, I can’t even manage to “fake smile” my way through this never-ending telenovela.

This week’s episode of “Will Apple Ever Pay The Piper?” is set in appeals court, complete with a three-judge panel from the Ninth Circuit.

Apple takes the stand … pleads its case for charging third-party developers a 30% in-app purchase fee … and is granted a stay that gives Apple the right to delay offering alternative payment methods outside of the App Store. (I am Jack’s complete lack of surprise.)

Apple, for its part, is pleased with the ruling:

Our concern is that these changes would have created new privacy and security risks and disrupted the user experience customers love about the App Store. We want to thank the court for granting this stay while the appeals process continues.

Right… Because payment equality and in-app transparency are totally dangerous to Apple’s users.

At this point, I’d have more respect for Apple if it just came out and said: “We’re a Big Tech company closing in on a $3 trillion market cap. Just try to tell us what we can and can’t do within our own ecosystem. Nyah-nyah-nyah-nyah-nyah!”

Of course, that would require Apple to be fully transparent for once … and that’s the same character flaw that got Apple into this mess in the first place.

Great Ones, what do you get when a video game company stops selling video games? You get the hot mess that’s GameStop (NYSE: GME).

After enjoying an 800%-plus rally this year on the back of Redditors’ “diamond hands” directive, GameStop is finally showing the battle scars that come from pivoting over to e-commerce (among other things) after failing to revive its brick-and-mortar business.

After reporting fiscal third-quarter earnings results on Wednesday, GameStop revealed that revenue had jumped 29% year over year. That’s the good news. The bad news is that GameStop reported an adjusted loss of $0.52 per share — which is worse than even the most battle-hardened analysts still covering GameStop had anticipated.

Meanwhile, merchandise inventory is up 91% from the previous quarter, which GameStop swears is due to the company “front-loading investments” to meet supply-chain issues and increased demand … and definitely has nothing to do with people just not wanting what GameStop has to sell.

Maybe it’s the general confusion over what GameStop does sell these days that has people flocking to other retailers. After all, used video games — GameStop’s OG bread and butter — don’t hold the same appeal they used to. It’s all digital downloads and metaverse merchandising from here.

Thing is, that’s exactly the direction GameStop’s new management team wants to head … if it can stop burning cash and charter a straight course toward this whole new digital world.

But judging by Chief Executive Matt Furlong’s statement that GameStop is looking to explore opportunities in “blockchain, NFTs and Web 3.0 gaming,” that ship already looks way off course … or at the very least, going around in circles.

No, no, don’t be preposterous — forget all that garbage. Stuffed-crust pizza is the one true holiday meal, and you can’t convince me otherwise. (OK, I’ll give you credit if you said tacos or tamales … but only partial credit.)

Anyway, if you didn’t balk in mock horror at any of the above … you might be one of the analysts over at Atlantic Equities who upgraded Yum Brands (NYSE: YUM), the umbrella under which Taco Bell, Pizza Hut and KFC reside.

An umbrella made of pizza? Now that’s something to taco ‘bout.

To Atlantic Equities, the rising tide of restaurant sales will lift all Yum Brands’ boats … or something like that. Of the quick-service competition, the Taco Bells and Pizza Huts of the world are Atlantic’s top choice to reap increasing restaurant revenue, and the brokerage upgraded YUM from neutral to overweight.

It’s bulletproof due diligence, I tell you — maybe they saw “no one out-pizzas the Hut!” and called it a day? Regardless, YUM basked in the glory of the rare analyst attention, ticking up 1% while the rest of the market got lost in the red sauce today.

After months and months of rigorous testing, research and live trading, Ted Bauman hit a major breakthrough — a system that identifies market moves with stunning accuracy (see more of the results HERE).

As you’ll discover, it lets him “see” that a stock is headed for a potential surge, usually just days in advance. This system is part fundamental, part AI … and extremely powerful.

Forget Arby’s — We’ve Got The Meats 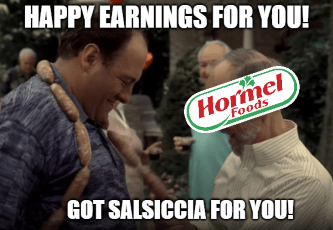 The purveyor of pretty much every pork product one could possibly imagine — and a few misshapen meats you didn’t want to imagine — Hormel just beat earnings estimates by one penny per share. Can you believe it? A whole dang penny! Insane times, I know.

From the pepperoni pouches to the bacon bits, sales grew double digits across all of Hormel’s product lines. Total revenue shot up 42% year over year, also beating analysts’ expectations. Then again, aren’t these the same analysts who just found out the greasy, gastric terror wonders of Taco Bell and Pizza Hut?

Either way, Hormel investors hammed it up and sent HRL shares flying 5%.

And that’s a wrap for today, Great Ones! If you’re still itching to let your words fly and rant like the wind, join us over in the Great Stuff inbox. 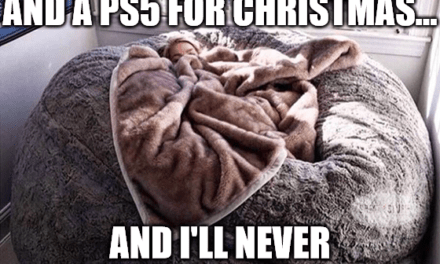