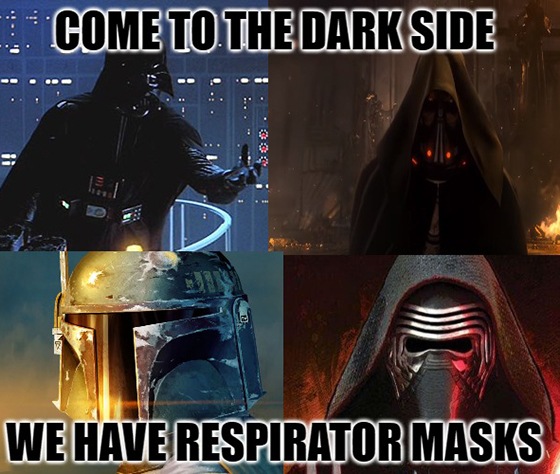 Thanks, I Hate Record-Setting Years

Anyone else tired of records?

I’m not talking about vinyl. My vinyl collection is one of the few things keeping me sane during this quarantine (The White Album, Led Zeppelin IV, Ziggy Stardust, Dark Side of the Moon, Facelift, Paul’s Boutique, World Domination … it gets more eccentric as the list goes on).

No, I’m talking about economic records. We set quite a few of those lately … and not in a good way.

Another record: The two-week total for U.S. unemployment claims comes to just shy of 10 million.

Less than a month ago, claims trickled in at their slowest pace in 50 years. Now this…

Tomorrow, we’ll get an initial look at the official U.S. employment numbers. But the March jobs report won’t show the worst of what’s going on. Economists predict that the U.S. shed 100,000 jobs last month — a bit higher than the ADP figures released on Wednesday, but far from the figures that weekly jobless claims show.

What that means is this: Wall Street has another month to stew in anticipation until we finally get real, hard data on COVID-19’s impact on the U.S. economy. On that front, economists project that the April report will show losses of 10 million jobs or more, with the unemployment rate spiking above 10%.

Yesterday, I called the market’s recent rally a head fake. I stand by that statement.

There’s a tenet in sentiment investing that says something like: When the market rallies in the face of overwhelming negativity, that’s a good thing.

You’ve heard the saying “climbing a wall of worry?” That’s what we’re talking about here … or are we?

You see, to truly climb a “wall of worry” investors need to know all the facts. All of the negativity and downside risks need to be priced into the market … into stock prices.

Right now, they aren’t. We don’t know the full extent of COVID-19’s impact on the U.S. economy — or any other economy for that matter.

And yet, the market rallied today in the face of 6.6 million jobless claims and the prospect of 10% unemployment. Wall Street acts as if we already saw the worst that COVID-19 can throw at us … as if Wall Street has all the facts.

Truth be told, if all the facts were known, this would be the time to buy.

But we’re still in the dark regarding a broad swath of the U.S. and global economies.

What I’m trying to say is that, unless you’re a day trader or a speculator, this relief rally is a sucker play. Stocks will fall further as more economic data is reported. We haven’t seen the worst and it will have a negative impact on the market as a whole.

Now is the time to keep your powder dry, hold until you see the whites of their eyes, sit on the sidelines or whatever idiom you prefer. A golden time for investors will come when this is all over, and you don’t want to jump the gun and miss out on real opportunities when they finally arise.

This too shall pass, and Great Stuff readers will be prepared to take full advantage of the new, post-COVID-19 market when it arrives. 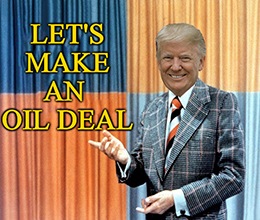 If you’ve speculated on energy stocks lately, today was your day to make bank!

Behind door No. 3, we have President Trump tweeting the possibility of a truce between Saudi Arabia and Russia:

Just spoke to my friend MBS (Crown Prince) of Saudi Arabia, who spoke with President Putin of Russia, & I expect & hope that they will be cutting back approximately 10 Million Barrels, and maybe substantially more which, if it happens, will be GREAT for the oil & gas industry!

The bottom line for the energy market is that someone in the industry needs to do something. We’re quickly running out of places to put the oil we’re producing, leading some analysts to project negative prices for “black gold.”

As with the rest of the market, don’t let this 20% spike lure you in. 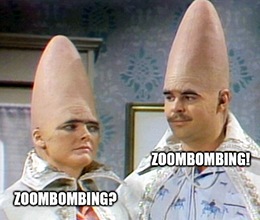 Not if you’re Zoom Video Communications Inc. (Nasdaq: ZM). The videoconferencing upstart saw a wellspring of users flooding to its platform amid the coronavirus quarantine. Today, the company announced that daily active users skyrocketed to more than 200 million from just 10 million in December.

That’s a truly massive increase in customers, and it’s one that ZM investors would typically cheer. “Would” is the keyword here. In the past week, Zoom:

However, as seen with Facebook, the general public tends to shake these things off rather quickly — if they’re even aware in the first place.

Additionally, Zoom took measures to quickly address these concerns. It stopped sharing data with Facebook, started work on a patch for Mac security and issued guidelines on how to avoid “zoombombing.”

The bottom line for investors here is that Zoom is quickly becoming the next verb for videoconferencing, just as “Skype me, bro!” was before it.

If the company can overcome these latest privacy issues, Zoom has massive potential. It could become the de facto solution in videoconferencing, which should last long after the quarantines are over. 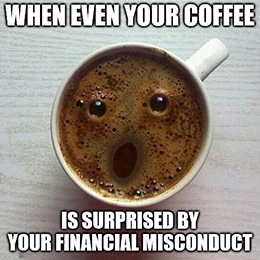 Someone’s had a bit too much caffeine. Luckin Coffee Inc. (Nasdaq: LK) is in hot water today, after it announced that it began to investigate “misconduct, including fabricating certain transactions” carried out in fiscal 2019.

The company appointed a special committee of independent directors, suspending Chief Operating Officer Jian Liu along with other staff implicated in the misconduct. In a statement, Luckin said:

As a result, investors should no longer rely upon the Company’s previous financial statements and earning releases for the nine months ended September 30, 2019 and the two quarters starting April 1, 2019 and ended September 30, 2019, including the prior guidance on net revenues from products for the fourth quarter of 2019, and other communications relating to these consolidated financial statements.

That’s not just crazy, that’s Luckin nuts. You can basically throw out all of last year’s financial statements, earnings and guidance for the Chinese bean water boiler.

Combine this with the Chinese coronavirus quarantines, and it’s no wonder why LK stock is down more than 82% from its January peak. Bargain hunters beware, LK should eventually rebound, but there could be more downside in store before all this is over.

In this ever-changing world of kooky coffee conspiracies, there’s one thing I can always look forward to: your emails!

No rescue bill is goin to save America and its people unless and until the U.S lockdown for at least a month just like its friend India. America just needs to stop all commercial activities. its offices, malls, shopping centers and trading makers.

This is a long term investment that U.S needs to invest in right now … Just think beyond markets. Be human. Market was not there before you and will not be after you. Only thing that matters is us as a species. We can still act before it’s too late and give a better future and markets to our future generations.

Abhinav, well said! Forgive me for keeping your email brief here, but I wholeheartedly agree with you.

Just last week, Great Stuff remarked that you can pass a spending bill worth however much you want — keeping some oil on the economy’s spinning gears — but that won’t rehire the 6.6 million people who are now jobless.

That said, the people who most need to hear your point won’t think they’re the problem. I tell you, the stubbornness that stay-at-home orders have inflamed in some people … why, it’s like an old man trying to return soup at a deli.

I must give due diligence where due diligence is due. You, sir, are cleary a tried-and-true Great Stuff reader! Why, we recommended an inverse exchange-traded fund (ETF) — the ProShares Short S&P 500 (NYSE: SH) — back on March 16. Kudos to you, Louis…

It’s a veritable hootenanny (that’s a technical term … in Kentucky, at least) of risk tolerance in these markets, and I should’ve known some Great Stuff readers are eager to bear the storm.

From early responders in yesterday’s Poll of the Week, roughly a quarter of you are picking gems from dirt in the beaten-down energy sector, with another 11.5% braving the biotech boom. (If any actual COVID-19 relief comes from the dozens of these biotech stocks turned overnight vaccine experts … some of you will have a field day!)

Yet, by and large, nearly half of you are bargain hunting in emerging tech trends. From 5G to the Internet of Things, I can’t blame your enthusiasm — trust me, faster connections can’t reach my neck of the woods soon enough!

Now, if long-term, high-growth tech trends are your thing, Ian King’s research in Automatic Fortunes could be perfect for you. Not only does Ian find the right tipping-point trends that should outlive the virus shenanigans, but he also pinpoints each trend’s standout leader.

It’s that simple and the 5G explosion is no different. 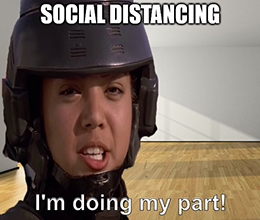