Why America’s No. 1 EV Expert Issued A “SELL NOW” Alert On Tesla

And Why He’s Saying “BUY, BUY, BUY” For This EV Stock, Today…

One of the most controversial trades of Ian King’s illustrious career was his 2019 Tesla recommendation.

At the time the media was bashing its stock.

CNBC said “it’s always been a volatile story” … a former Goldman Sachs analyst said “the Tesla bubble is about to pop” … and The Motley Fool asked “is Tesla doomed?”

But King’s research painted a different picture, he knew it was time to BUY.

So he sent his readers this very alert: 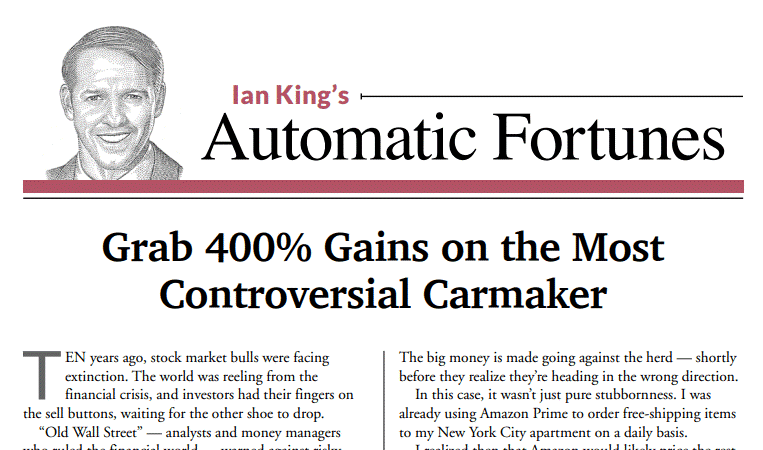 Many thought his 400% prediction was “ludicrous,” “insane” and “overly optimistic.”

But King proved the naysayers wrong.

In fact, just 13 months after recommending Tesla, those who made this trade had the opportunity to lock-in average gains of 736%.

And now King has stepped forward with his latest (and boldest) EV prediction:

“The biggest EV gains will not be made from car manufacturers.”

To be clear, King still believes the EV market is in a bull market that has the potential to soar for many years to come.

But this time, he’s not focused on Tesla, Rivian, Lucid, GM, Ford, or any other manufacturer.

He sees a small, overlooked corner of the EV market no one is talking about.

So, what exactly does it do? Why have Wall Street’s biggest investment banks like Morgan Stanley, Bank of New York Mellon, Blackrock and Vanguard accumulated millions of shares? And how can you get the name and ticker symbol of the company leading the EV revolution?

King answers these questions, and so much more, in this interview… 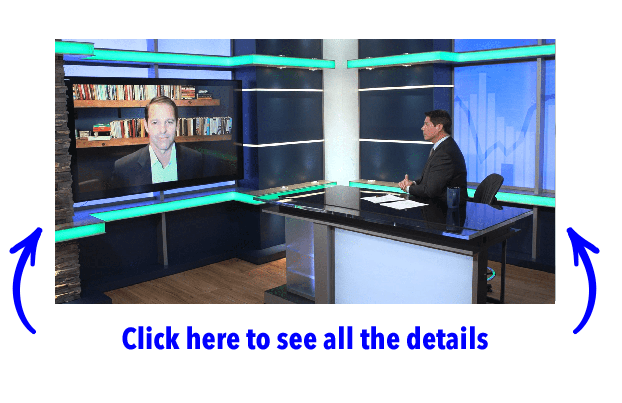