Paul , one of the top speculators in America, has done it again…

With CNBC reporting that space stocks will be “Wall Street’s next trillion-dollar industry,” he just released the details of his #1 space stock.

And considering what’s happened with his previous top picks, this could be another home run.

But believes his No. 1 space stock could blow them all away … returning profits more than four times bigger than the 853% jump in his No. 1 electric vehicle stock.

That’s why he went on record to say:

Space is the industry that is going to define the next … not just the next decade … but the next several decades.

When people look back on this period, I think they’ll see THIS was the industry to invest in.

These are the developments that people will look back on and say: “I wish I bought! I wish I got into the space sector.”

I’m sure you’ve heard plenty of people today say: “I wish I bought Apple or Microsoft or Amazon during the tech boom!” I bet some of you have said it, too.

Well, that’s what we’re looking at with space. This is that crucial moment.

It’s all explained in his free video briefing: “Wall Street’s Next Trillion-Dollar Industry.” 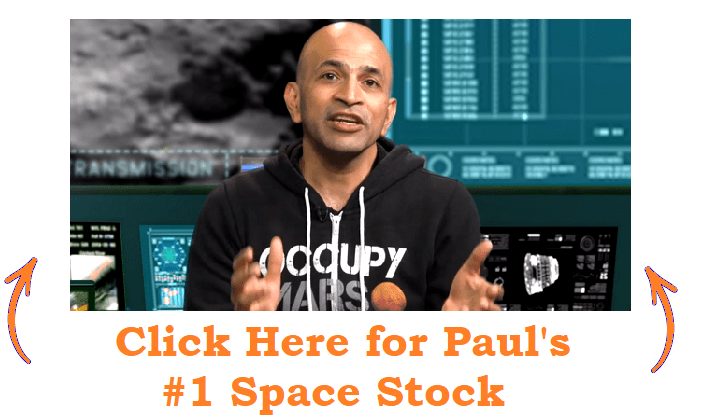