You may have even seen him on TV talking about emerging technologies, cryptocurrencies, or economic trends. 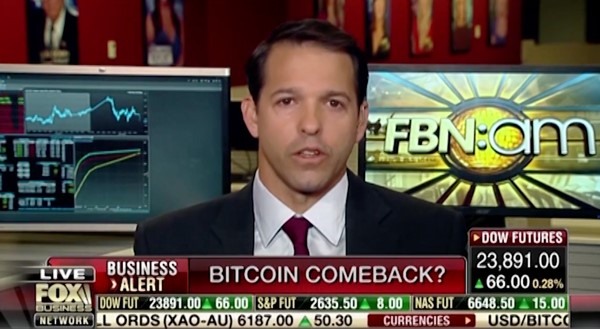 Perhaps you’ve seen him quoted on Investopedia or the Banyan Hill Publishing website.

Or maybe you heard rumblings about his stellar career at Salomon Brothers, Citigroup or Peahi Capital, the hedge fund he raised capital to open.

No matter where you may know Ian King from — it’s important you hear his new message.

Because Ian has a knack for uncovering big trends before the herd rushes in.

And now he has indisputable proof (see chart below) that America is leaping into a bold new era. Racing from the old-world economy to the new-world digital economy — that will ignite the biggest tech boom ever.

You see, the recent pandemic helped catapult America 30 years into the future. It’s as if we jumped to the year 2050, overnight.

Which is why MarketWatch calls it a “great technology wave cresting over America” as “new technologies are being rapidly adopted.”

Harvard Business Review calls it the “age of digital disruption” that “opens the door to create any scenario you can imagine.”

Valtech calls it an “era of disruption” and says we will witness more change “in the next 10 years then [we] have seen over the past 40.”

Yes, more change will come over the next 10 years than we’ve seen over the last 40 years.

That’s because technologies such as 5G, the Internet of Things, artificial intelligence and Big Data aren’t just a luxury anymore … these are a necessity.

Which is why businesses are accelerating their investments in new technology … putting billions into this new digital world. Last year, for the first time ever, digital investments surpassed physical investments… 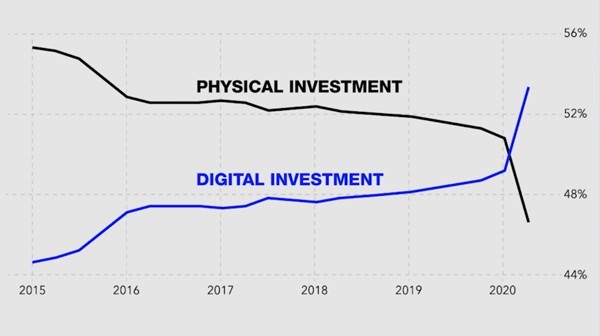 Upgrades that were scheduled for 10, 20 and even 30 years in the future are happening today.

Which means that right now, as in … this very moment … investors have a once-in-a-lifetime opportunity to see outstanding gains in the coming years.

The investment Ian discusses in this video is poised to move quickly, but those who get in now could stand to reap tremendous rewards as this company’s technology comes to dominate the new digitized economy.

To watch Ian’s video presentation, go here or click the play button below.