“Black Magic” Will Power Your Home in the Future…

And it’s not Tesla or any other big company you can think of.

This new revolutionary technology that’s about to explode is so powerful, it’s protected by not one … but 100 different patents. 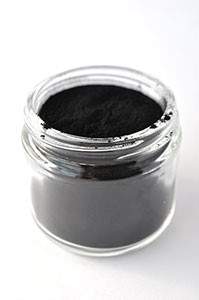 Its benefits seem “supernatural” because…

This black nanopowder can “supercharge” a battery by 2,500%!

That’s enough to allow a Tesla to travel across the country nearly four times, all on a single charge!

I believe it will put an end to dirty energy.

And end the era of having to use energy the moment it’s generated.

We’ll be able to bottle power from the sun, wind and other clean sources and instantly use it whenever and wherever.

Because of this, I believe early investors could be in store for an opportunity of a lifetime.

It’s going to spark a revolution so big … it will dwarf even Rockefeller’s oil revolution.

Four decades after Rockefeller founded his Standard Oil Company, it grew 2,900 times over.

Those who invested early and saw Rockefeller’s growth potential made huge gains.

But now with this advanced nanopowder on the rise…

Click here to learn how you can get in on this now.