It’s not oil, water or a rare earth metal.

It’s something that the average American uses for nearly 11 hours a day every day.

I’m talking about one of these… 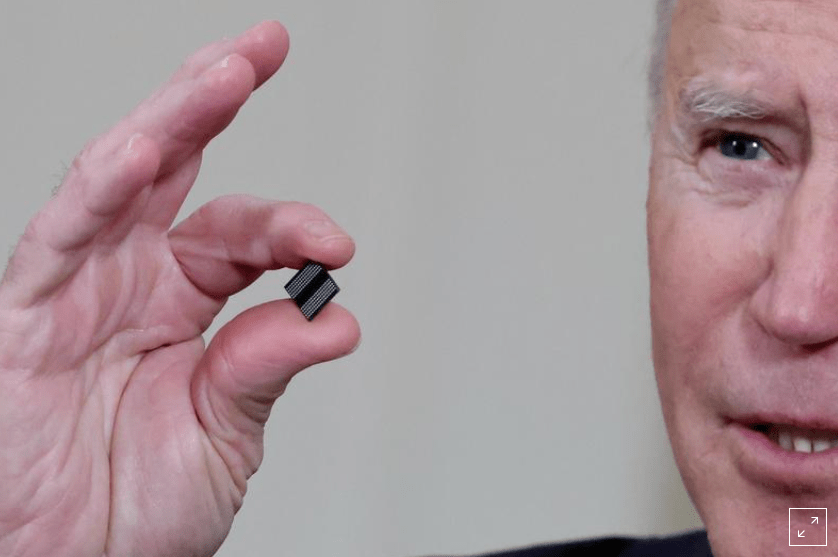 Just about everything we come in contact with every day depends on these chips.

That’s why this semiconductor shortage is a “top and immediate priority” for President Biden.

In fact, he plans to invest $50 billion in semiconductor manufacturing and research as part of his $2 trillion infrastructure plan.

King has spent the past 20 years immersed in the tech markets.

And his research has helped guide average Americans to profits from disruptive, emerging technology stocks.

And those who followed his recommendation had the chance to make as much as 735% in just over a year.

In 2020, he homed in on SunPower — and just seven months later, recommended closing out half that position for a 780% gain with the second half still climbing.

And now, in his newest video presentation…

“We’re at the beginning of the greatest tech boom in American history,” King says.

And the government’s infusion of $50 billion could make it even bigger.

“This is like having a brand-new stock market to invest in — one with exciting new opportunities that weren’t even imagined 10 years ago,” King says.

King’s research proves that not only will this Great American Tech Boom be bigger than ever … it’s barreling down on us faster than anything we’ve seen before.

“Recent events have catapulted America 30 years into the future. This will change EVERYTHING.”

You’ll have the chance to see the details on his No. 1 tech stock pick for 2021.