For example, billionaire investor Jeremy Grantham recently raised a red flag when he declared that there has “never been a great bull market that ended in this kind of bubble that did not decline by at least 50%.” He went on to say this “could well be the most important event of your investing lives.”

Goldman Sachs warned that a market correction in the near term is “increasingly likely.” 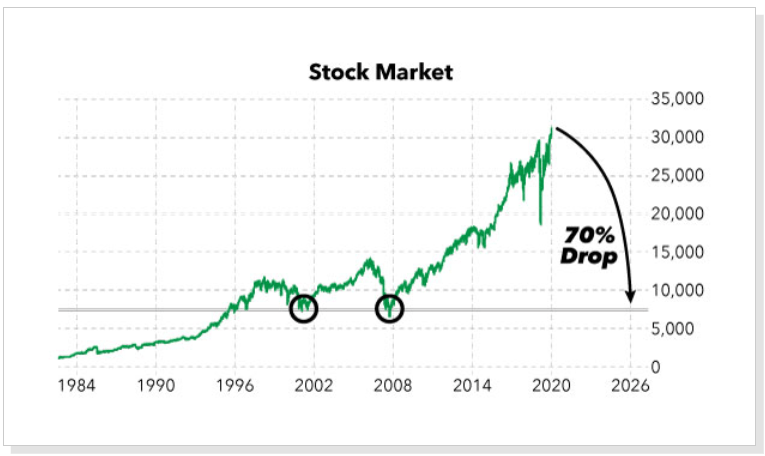 Fund manager David Tice said he expects stocks to decline by 30% or more. And when the market breaks, “it’s likely to break hard and cause investors to suffer for a long time.”

But there is one distinct warning that should send chills down your spine … that of famed economist Ted Bauman.

He warns: “There are three key economic indicators screaming SELL. They don’t imply that a 70% collapse is looming, it’s already at our doorstep.”

And if Bauman calls for a 70% market collapse, one should pay heed.

Most recently, he warned that the stock market was headed for a correction in February of 2020, one week before it started dropping faster than any other time on record.

Most alarming of all, is what Bauman says will contribute to the collapse. It has nothing to do with interest rates, coronavirus, tariffs, China or North Korea. Instead, it is linked back to a little-known scheme that was deemed illegal following the 1929 market crash … a scheme that was made legal again.

Perhaps most importantly, in this new video presentation, Bauman reveals how you can learn what he and his family are doing to prepare right now. (It’s unconventional and even controversial, but proven to work.)