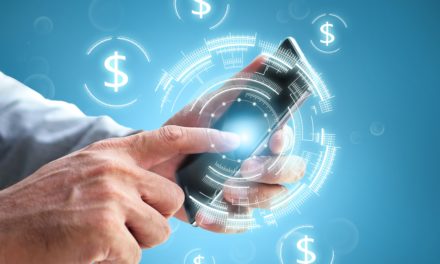 There’s a reason we don’t use technology from 46 years ago.

Things like 2.5-pound cell phones, computers with one picture’s worth of storage capacity — these are things we joke about rather than use.

So, with all the technological advancements we have today, why are the biggest banks in the world still using primitive technology? You’d think that fixing this system would have been a priority long ago.

I mean, PayPal has been around for 21 years now and I’ve been using it since 2003. If people can send money around the world in a matter of minutes, banks should be able to as well. Instead, it takes up to a week and a half.

But, new fintech innovations are finally starting to change that.

Last week, I wrote about how cryptocurrencies such as bitcoin are being used more and more as a means of payment. While that’s important, the amount of money sent between big international banks every day makes it look tiny.

The way I see it, the size of the market cryptocurrencies are set to disrupt is a mind-boggling $3 trillion. A day!

That’s how much money the United States’ big money transfer system, Fedwire, sends to and from the U.S. central bank each day. The problem is, even the fastest transactions with this system still take up to 24 hours.

This is where blockchain technology — the cloud-based database system bitcoin and other cryptocurrencies use — can really transform how the world works.

Blockchain is decentralized and praised for being unhackable, as opposed to the current payment system where data is stored in a central server that can easily be hacked or destroyed.

Time Is Money and the Old Banking Money Is Costly

SWIFT, the network supporting Fedwire, is essentially under attack from all directions.

Blockchain giant Ripple Labs’ CEO, Brad Garlinghouse, warned: “We recognize that our model could eventually lead to SWIFT’s demise, as it is equally equipped to handle large as well as low-value transactions.”

He’s not exaggerating: By this point, hundreds of banks can attest to that. DZ Bank, the second-largest bank in Germany, used Ripple’s technology to transfer Canadian dollars from a bank in Canada, while also converting them to euros, in just eight seconds.

Using the status-quo system, that transaction would have taken up to six business days. Again, it’s mind-blowing that the biggest banks in the world are still waiting more than a week for a simple money transfer!

Even though Ripple has only been around since 2012, it has already signed with over 200 different financial companies that now use its money-transfer system. And so far, the company has reported customer savings of about 40% to 70% on fees in addition to the much quicker transaction speeds on billions of dollars’ worth of transactions.

Ripple also just announced this week that it’s partnering with MoneyGram International, one of the biggest digital payment companies in the world. MoneyGram is known for its international money-transfer service, which is right up Ripple’s alley.

However, it has struggled to stay competitive because its fees are relatively high. But Ripple has a huge market of 1.7 billion adults in the world who don’t use banks, and really has only one competitor (Western Union).

And up for grabs is over $715 billion that’s expected to be sent to and from the “unbanked” over the next year. This is an amazing opportunity for Ripple, as the company has shown it can provide these services for far less than MoneyGram and Western Union.

So, Ripple is definitely making strides as the leader in these types of services in the purely crypto community. But we’re starting to see some changes in the more traditional industries as well.

Banks Are (Reluctantly) Jumping on the Crypto Bandwagon

Over the past two years, there’s been an obvious change of heart by a lot of bankers on the subject of crypto. During the big crypto bubble of 2017, big banks and investment firms were having a great time predicting bitcoin, and cryptocurrencies in general, would fall to zero.

One such skeptic was Jamie Dimon, who said over and over that bitcoin is a “fraud” and that people who buy it are “stupid.” Dimon is the billionaire CEO of JPMorgan Chase, the biggest bank in the United States.

What would you expect? JPMorgan made $104 billion last year, and doesn’t make a penny from people buying bitcoin.

However, to Dimon’s credit, he did say that blockchain technology was useful. But his relentless bitcoin-bashing lost some credibility when news came out that his company is making its own digital currency.

Why? For all the same benefits as Ripple. It’s faster and cheaper, and sooner or later everyone will come around to the idea.

It may be that instead of adopting an existing system such as Ripple’s, banks will just make their own like JPMorgan. Also like Ripple, JPMorgan was met with enormous positivity from other banks when looking to “team up” for this new project.

After just a few months, JPMorgan has already created a partnership of over 220 banks using this technology. It’s called the Interbank Information Network.

But either way, there’s a war going on between the old and the new. Some banks are still very reluctant to accept cryptocurrency, but what matters the most is the fact that hundreds are trying it out.

There have even been occasions where big banks refused service to crypto startups! All that aside, the fact is that digital/crypto payments are absolutely going to take over.

And luckily, there are ways to get in on this through the stock market. One is by buying shares of the Reality Shares Nasdaq NexGen Economy ETF (Nasdaq: BLCN).

By investing in that exchange-traded fund (ETF), you’re actually buying stock in 63 different companies all over the world that use blockchain technology.

And the other choice is the ETFMG Prime Mobile Payments ETF (NYSE: IPAY). This one includes 40 different companies that are part of the payment revolution. 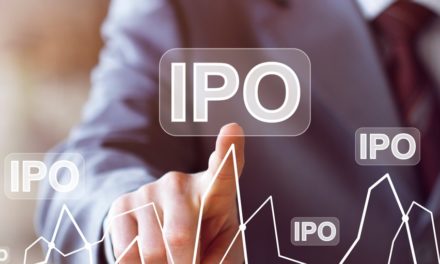 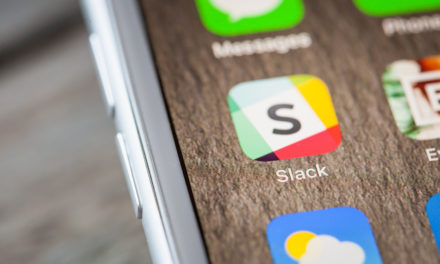 Slack’s IPO Kicks off the Future of Work