I posted a poll on Twitter with mixed reviews of what it will be:

coming $TSLA stock split will be

Unfortunately, that’s not how a stock split works. So I’m going to clear up some of the false news you hear on the internet.

And I’ll tell you what the Tesla stock split actually means. Should you buy before the split or after? And my prediction for the TSLA split:

I know what these folks are thinking because I have seen these numbers come up after the stock split. So in this video, I want to talk about the stock split, give you the results of our poll and tell you what the end result is likely to be in my opinion and my judgment.

Remember, this channel is an opinion and not advice.

Tesla Is Trying To Increase The Number Of Shares!

Number one, Tesla announced last week it is looking for permission from its shareholders to be able to increase the number of shares. The size of the amount they are asking makes it clear they are wanting to do a stock split.

All of you at home and are maybe new to the market and thinking, “Should I get in on Tesla before the split because after the split I will have 20 more shares and it will be 20 times the current price.” Or 50 to 1, which I think is unlikely, would be $50,000.

Unfortunately, that’s not the way the stock market works. Let’s break down what a stock split is.

What Happens When You Split Stocks?

Unfortunately, it does not mean the price of Tesla is also going to rise by an equivalent amount. Instead, what happens when you split the stock is that the price reacts relative to the stock split. For example, if Tesla were to go forward and do a stock split, after the split its price would go down to one-fifth of where it currently sits.

At current prices, it would be somewhere in the $200s. When you put the first thing together with the second, some of the ideas on the internet are just crazy. They want to think they are going to get something for nothing. In other words, if you have a 20 to 1 stock split you are going to get $20,000, or 10 to 1 is going to magically make it $10,000.

If it’s a five for one stock split, the price will go down one-fifth. So one-fifth of about $1000 is $200. If it’s a ten for one, one-tenth would make it $100. In the end, there is no free lunch like what some of the people on the internet seem to be suggesting.

Should You Buy Before Or After A Stock Split?

What about this thing? Should you buy before the split? After the split? Does it make a difference? The thing is, based on my experience — remember, I’ve been around the trading, investing, and speculating game for 30 years. I know it’s a long time.

I have seen a lot of stock splits. I have seen stock splits where sometimes stocks have rocketed up after a split. But I have to say the vast majority of the time if a stock split is super hyped up — and you can bet with Tesla it’s going to get hyped — the place to be would be, if you are looking to trade it …

Remember, what we do in all our newsletter services and I am the editor of Profits Unlimited, we do buy and hold. I know there is a large audience of folks who do trading. I am just throwing this out there based on things I have observed in my time. I am not telling you to do this.

Generally speaking, the greater the hype before the event, you tend to have a selloff after the event. With Tesla, there is a lot of hype about the stock split. Once the shareholder resolution increasing the number of shares is approved and the number of shares are released, there will be an internet frenzy.

There will be even more hype. More and more people will buy thinking that after the split it’s going to soar to $20,000 or whatever they think. Usually after that there is a bit of a selloff. All the people who think it’s going to soar actually buy ahead of time.

Markets anticipate. And then there’s nobody else to come and pay an even higher price. So you have the stock drop off a little bit. In our services we own Tesla. We are up about 1,000% since we’ve owned it. That’s what we do. We are buy and hold.

This stuff about should you buy it before or after, if you are in Profits Unlimited or any of our services, you know we hold through volatility. I know there is a large number of people out there who care about this.

I just wanted you to know what is going on with the Tesla stock split, what the deal is with stock splits and how the market is likely to react as all this unfolds. If you like this video, tell me below what you think about the stock split. What’s your plan? Come back next week and I’ll do another one.

Until then, this is Paul saying bye.

🛑 👉 Wait! Paul just talked about how we are super #BOP (bullish, optimistic, positive) on Tesla — split or no. But he forgot to mention that’s there’s another innovation happening right NOW that could help send TSLA (and other EV stocks) to the moon with growth and innovation! What’s the secret super power of every electric vehicle? The battery. See Paul’s full story on a new tech that could lead to a 12-million-mile battery here! 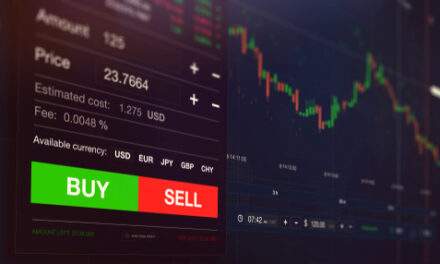