Home » Bold Profits Daily » The Truth About Bitcoin — Should You Buy Now?

The Truth About Bitcoin — Should You Buy Now? 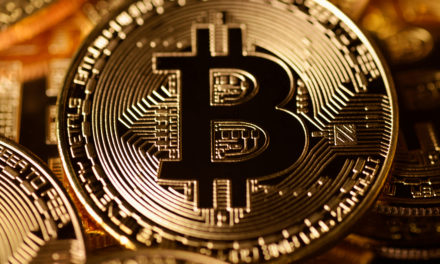 This week, I’m facing the mainstream media head-on to give my insight into what’s going on with Facebook’s libra cryptocurrency and its effect on bitcoin prices.

I’ll tell you about the arguments against crypto and give you a peek into how bitcoin is actually becoming a global savior.

Watch this week’s video to discover:

Bold Profits Daily
July 19, 2019Hey everyone. This is Ian for Bold Profits and welcome to our weekly Friday video. In these videos I’m going to be taking recent news headlines and providing an alternative view of them. Essentially, rationalizing them, explaining why I believe the opposite of what they’re saying and why these headlines that are used to cause fear aren’t worth listening to in the long run.

This week I am going to be talking about crypto currency. There’s been a lot of news about Facebook’s cryptocurrency, Libra. Whether or not you are really paying attention to crypto news at all, this has been all over mainstream news.

What’s going on is that Facebook has been working on this project for a while and there are court cases trying to decide whether or not Facebook should have a cryptocurrency, whether it should be regulated, how much it should be regulated — there’s a lot of scrutiny around it. People are saying left and right that this is why Bitcoin has dropped.

I really don’t believe that’s the case. It might have had an effect on Bitcoin because once people see this and they see the reasons people lay out in these articles, they might sell out of fear. That’s just in the short term. I think this Facebook thing doesn’t have an effect on the crypto market at all.

People knew that Facebook was interested in crypto and they had this secret project going on. That was released last May in the middle of the Bitcoin crash. Bitcoin went down 70% after that news was released. It’s not like Facebook announced they were going to have their own crypto and Bitcoin surged.

No, it went down 70% when the news came out. So people associate the Facebook thing with the Bitcoin crash. They also say that the Facebook cryptocurrency is why Bitcoin went up in the first place. In March and April it was the beginning of the rally and they are even saying Facebook had everything to do with that.

They’re saying it’s the reason for all Bitcoin’s movements in this big rally that it’s had for the past few months. I really don’t believe that’s true. This plan was initially released and you’d think it would have a positive effect on the crypto market — Bitcoin went down 70%. It was the early stages of a big crash for the whole crypto market.

It’s 10 to 15 times the value of all the Bitcoin in the world. Maybe they should deal with that problem before associating money laundering with crypto. I really think these negative headlines are spread all over the place to create fear surrounding the crypto market because they just don’t like it.

These people are turning to Bitcoin and other kinds of crypto. This is happening all over the world because most countries in the world have some level of corruption, some level of issues with their paper money. They are using Bitcoin as a way around this. You’ll never see that make mainstream news, at least any time soon.

There’s also the fact that institutional investors are buying into Bitcoin. There’s a company called Grayscale. They manage clients’ money in crypto. Most investment companies do stocks and bonds, but they do cryptocurrencies — mostly Bitcoin. They have reported that the amount of money they are managing has tripled in the past three months.

They now manage $2.7 billion and 84% of that is from big institutional investors who are putting their money into crypto because they believe there is a future for this. There’s all this positive stuff going on. Obviously people are bullish on Bitcoin. It has gone from $3,200, rallied up to $14,000, fell to $9,000 and now we’re back up a little over $10,000.

There’s a lot of buying still going on all over the world. I still believe these headlines are a distraction and a way to justify these price movements. That is something that happens with cryptocurrency. You have to be prepared to endure that when you buy in. Even in the last bull run when Bitcoin went from $200 to $20,000 a coin, there were eight different corrections of 30 or more.

This fall from $14,000 to $9,000 is about 36%. It’s really not unusual. If you own cryptocurrencies or you’re a big investor in Bitcoin and you see all this negativity, it’s not easy to put up with because of these price swings. I do believe it does have a future. It has a generational backing from millennials and Gen Z.

That leads me into my millennial topic of the week which is that we really don’t like banks. We grew up in a recession. We were between the ages of 13 and 29 in 2009 when one in every 45 homes in the United States was being foreclosed on. We saw the banks at their worst. They lost a lot of trust from our generation when that happened.

It’s hard to trust banks when you saw them giving out huge loans to people who couldn’t afford them, they couldn’t pay them back and then they took the people’s houses away when they couldn’t do that. It’s ridiculous what happened. There was this huge survey taken that spanned a couple of years.

It got tens of thousands of millennials’ opinions on things and 71% of us said we’d rather go to the dentist than listen to what banks had to say. They also had all these companies and ranked them from most liked to least liked in millennials’ view. It’s not surprising that the four biggest banks in the United States were at the bottom 10 of that group.

Or the top 10 if you’re ranking it by most-hated companies in America. It was JP Morgan, Bank of America, Wells Fargo and Citibank. Going to the bank is inefficient, you don’t want to do it. You’d rather just do it digitally. Things are moving that way, but we still don’t trust these banks and financial corporations.

It’s really given rise to the digital economy. One of the parts of that is mobile payments. We’re seeing things like Venmo and Square Cash. I know me and all my friends use Venmo to pay each other. You don’t have to go to the ATM anymore, that was inconvenient too. Instead, you get on the app and send money to someone.

It’s instant rather than a bank which is ancient and you send money to a different account and it takes days to get there. Why would you do that when you have things like Venmo and Square Cash? These are getting so popular people are keeping money in them instead of transferring it out into their bank.

It’s so much easier. They are going to just have money in there anyway to pay people, why not just keep it in the app? They are also releasing debit cards. There’s a Venmo debit card and a Cash App debit card. That speaks volumes of how millennials are keeping their money and holding their money.

Another thing we really like as an alternative to banks is cryptocurrency. There’s a stat out there that almost 20% of millennials own cryptocurrency on some level. I can attest to that. Most of my friends have Bitcoin or Ethereum. That’s a small sample size, but I do believe that 20% is really believable when you think of all the millennials, all the optimism surrounding crypto, as well as all the fear and distrust of big banks.

I talked them into it and I believe it’s going to pay off. It’s being backed by an entire generation. That 20% was a lot lower a couple years ago, but with this last bull run it revamped hopes and optimism. A lot of people are buying in. Not just individuals, big institutions are buying in to crypto now.

This gives it a legitimate case for being a real asset. That, combined with the millennials, is something I believe is going to have a big sway in how we handle money in the future. That’s my millennial topic of the week. Who knows if these big banks are really going to survive or be around 100 years from now.

I would say that is highly unlikely if things keep going the way they are. It’s really all starting with the millennial generation who grew up in the Great Recession and saw everything go south with how much we trust banks. When you have that backing of a whole generation that’s getting more and more into the trend of crypto currency and digital payments, that’s not going to go away easily or anytime soon in my opinion.

That’s my millennial topic of the week. That wraps up this video. Happy Friday and have a great weekend. 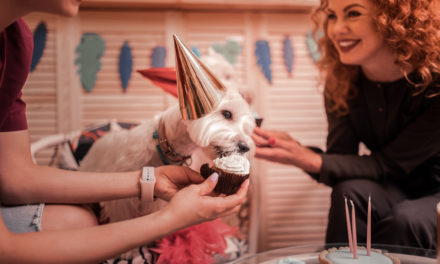 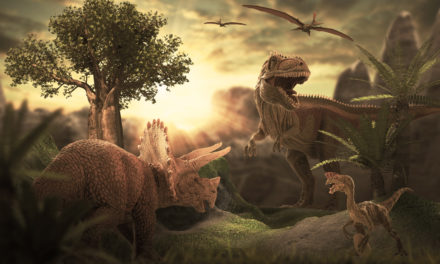