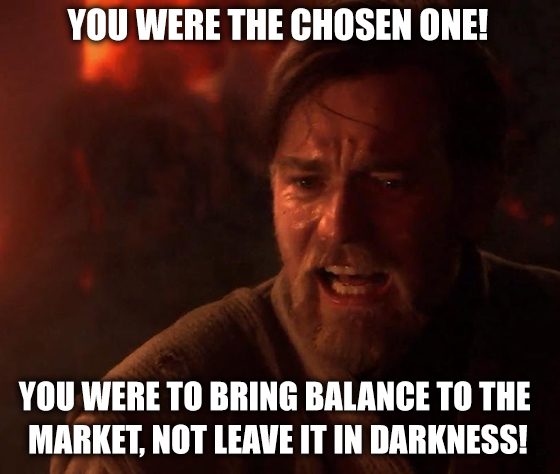 Revenge of the White House

I love me some Star Wars. I bet you couldn’t tell.

However, when the fictional space drama spills over into real life … it gets more than a little weird.

We’re not talking the cool stuff, such as the Force, lightsabers or hyperspace travel. We’re talking about over-the-top character development.

Speaking about the U.S.-China trade war, President Trump told reporters yesterday: “This isn’t my trade war; this is a trade war that should have taken place a long time ago. Somebody had to do it. I am the chosen one.”

He’s right about the “long time ago” part. But his word choice of “I am the chosen one” has many wishing they were in a galaxy far, far away.

Meanwhile, the Federal Reserve — just like the Jedi Council in the movies — is moving too slow to counteract market fear. Yesterday’s release of minutes from the July Fed meeting reiterated the “midcycle adjustment” language that disappointed Wall Street last time around.

But someone or something needs to quell the fear in the market. The CBOE Volatility Index (VIX) — aka the fear index — is up 39% since late July, and the yield curve inverted once again yesterday.

Market fear is leading to anger over a lack of economic growth. That anger is starting to turn to hate directed at the stock market, as investors seek out returns elsewhere. This stock market hate will eventually turn into suffering for anyone who has a 401(k) or who relies on fixed-income returns.

The Federal Reserve could help ease market tensions, but it’s been historically late to the game. It was late to raise interest rates during the bull market to keep it from overheating, and it appears that it will be late once again to meaningfully cut interest rates to avoid a full-blown recession.

If you’ve seen Star Wars: Revenge of the Sith, you know it doesn’t end well for the Jedi. Let’s hope this little “space drama” ends better for the Fed and the U.S. economy in real life. 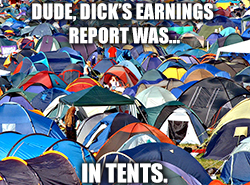 I thought retail was dead? Remember all those headlines in the financial media? Turns out, it’s just poorly run companies that are dead. Yesterday, we saw Target Corp. (NYSE: TGT) post blowout earnings.

DKS shares initially surged 11% in premarket trading, but caution set in during the regular session, roughly halving those gains.

The Bad: The Secret Is Out 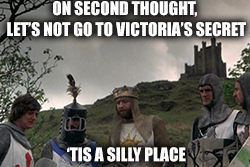 Bath & Body Works is in; secrets are out.

L Brands Inc.’s (NYSE: LB) once immensely popular Victoria’s Secret chain is struggling … and it’s dragging the whole company along for the ride.

Victoria’s Secret is largely to blame, with the chain seeing store sales fall 9%. That’s on top of last quarter’s 15% drop in sales.

Ever gone bra shopping with your two preteen daughters? That experience alone will make you avoid Vicky’s like the plague.

But the situation could have been much worse without Bath & Body Works. The purveyor of scented goodness reported an 8% jump in same-store sales, almost pushing L Brands into positive sales growth territory.

The Ugly: The Germans Are Coming … or Not 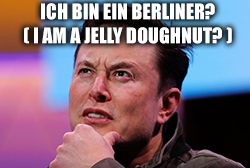 The fires at Tesla Inc. (Nasdaq: TSLA) are subsiding today, and we can thank the Germans.

Volkswagen CEO Herbert Diess would reportedly invest in a Tesla stake if he could. According to Manager Magazine, Volkswagen has the cash to take a stake in Tesla and would benefit from the company’s batteries and software units.

However, the report stated that while Diess was interested, VW’s biggest shareholders would be hard to convince. Furthermore, “a banker close to Volkswagen” believes it would be an impossible task considering Tesla’s current valuation at $30 billion.

So why is this ugly? Because TSLA shares are rebounding on this positive news, despite the company being in a legal battle after setting seven Walmart stores on fire. As it stands, TSLA stock is set to reverse course once this Volkswagen hype subsides.

It’s time once again to hear from our wonderful Great Stuff readers. Well, reader — I’ve got to get to your pick of the week!

Today, we have an interesting email all the way from Denmark. Mikael R. said:

My name is Mikael and I am writing to you from Denmark. I am a customer in the Profits Unlimited and the Total Wealth Insider products (starting out slow since I didn’t know of Banyan Hill prior to April this year).

My question to you is in regard to keeping your money safe and preparing for a recession. For YEARS I have been reading about the coming recession and I was actually looking forward to it (since I went 50% in cash a few years back).

But after learning about Banyan Hill I am now ALL IN again. (Being 50% in cash wasn’t a good idea in hindsight.)

We all know that a recession is coming, but we don’t know when. Even really smart investors have been many years wrong in their guesses.

What is your take on moving to cash (and possibly missing out on three, five, seven or 10 years of gains) vs. protecting your money from potentially massive drops?

Want you to know that I REALLY enjoy reading the Great Stuff newsletter and it is one of the few that I actually read every time and keep clear of my spam folder :)

Keep up the great work and have an awesome weekend.

First, thank you for reading Great Stuff, Mikael! I appreciate it.

Second, it sounds like you’re set up pretty well for the current market environment. You’ve got Profits Unlimited, which seeks out companies with excellent growth prospects in any market condition, and Total Wealth Insider for a steadier growth outlook.

However, it’s been 10 years. The bull market is looking a bit fatigued at this point. Going “all in” this late in the game is risky. I don’t know your retirement plans or investment goals, so I can’t (and won’t) recommend exact allocations. But I will say that seeking some safety in cash or gold would be prudent for any investor at this point.

If I had to speculate, I’d say you wouldn’t be “missing out” on 10, seven, or even five years of market upside … three at the most, and that’s if everything goes well.

I know you already have two of our services, but Ted Bauman’s The Bauman Letter could be that missing third component to your outlook. Ted is our gold guru and wealth preservation expert. He could give excellent advice on this exact investment quandary.

You can check Ted’s advice out for free at BanyanHill.com, or sign up directly for The Bauman Letter by clicking here.

If you have a question you like to ask, praise you’d like to give to your favorite Banyan Hill expert, or even a snide remark at Great Stuff, drop me a line at GreatStuffToday@banyanhill.com.

I feel like I need a few more “Gs” in that title. One more would make it truly 5G.

Anyway, the promised day has arrived, and your Great Stuff pick of the week is here.

On the surface, Amkor Technology Inc. (Nasdaq: AMKR) is a semiconductor packaging and test services company. But what the company has under the hood is so much more.

In fact, Amkor will be a key player in the 5G wireless revolution. The company is the first outsourced semiconductor firm to offer high-volume manufacturing of antenna-in-package (AiP) and antenna-on-package (AoP) 5G chips.

In other words, Amkor makes the chips that power 5G connectivity in smartphones, cars and other mobile devices. Without these antenna chips, your smartphone isn’t connecting to anything.

According to Strategy Analytics, global sales of 5G smartphones are expected reach 160 million next year. And this is just the beginning of the 5G revolution.

Currently, Amkor is struggling with U.S.-China trade relations. It has major manufacturing plants in China. But judging from the company’s recent quarterly earnings report, those struggles are purely Wall Street’s perception.

Amkor beat Wall Street on both revenue and earnings, and placed guidance well above the consensus estimate. In fact, the company has beaten Wall Street’s targets for the past four quarters by an average of 48%. In other words, AMKR shares are underloved due only to market sentiment, and not the company’s actual performance.

And now may be the perfect time to add AMKR to your portfolio. The stock is coming out of a “V-bottom” reversal pattern. You technical analysis junkies out there know what I’m talking about.

For the rest, a V-bottom basically means that AMKR was unduly punished for broader market events, and then bounced back to presell-off levels. This creates a V pattern on the charts.

In layman’s terms, Wall Street ditched AMKR for China reasons. Amkor reported earnings and proved them wrong, and the stock came roaring back. The conclusion of this pattern is almost always a continuation of the prior uptrend.

In short, AMKR is about to run higher because of: