The Biggest Bubble Ever Is Just Getting Started 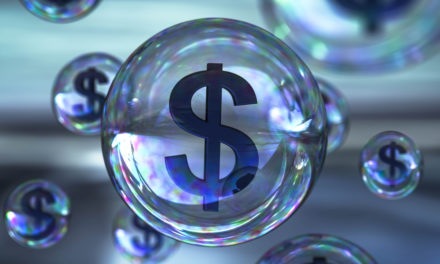 The coronavirus tipped off the sharpest stock sell-off since the Great Depression.

At one point, stocks were down 35% from their February highs.

The economy is also suffering the biggest shock in history.

The number of workers filing for unemployment hit 6.65 million on Thursday.  That’s up from only 281,000 just two weeks ago.

John Harwood of CNN Business likened it to a “nuclear bomb being dropped on the American economy.”

And it’s going to get worse before it gets better.

But someday, we’ll emerge from our homes and start to get the economy back on track.

The Fed’s Full Range of Tools

Bubbles all start the same way.

They’re all grounded in the easy-money policies that have been provided by the central banks for decades.

This time will be no different.

To understand the roots from where the next bubble will originate, I took a deep dive into the recent stimulus measures undertaken by the Federal Reserve.

The gist of the Fed’s actions is contained in the first sentence of its recent news release.

The Fed is “committed to using its full range of tools to support households, businesses and the U.S. economy overall.”

This begs the question … what does the Fed mean by “its full range of tools”?

Raising interest rates reverses this process and is used to curtail inflationary pressures.

But these aren’t normal times.

Once the Fed lowers rates to zero, as it did last month, the value of this tool loses its luster.

Zero percent interest rates only work if banks are still willing to lend money. And they’re not effective if lenders are demanding a huge premium.

That’s what we started to see happen as prices of the existing mortgage and corporate bonds sold off sharply.

If corporations can’t roll over debt at low rates, the cost of capital rises and economic growth slows down.

So, the Fed reached into its toolbox and pulled out something else…

Quantitative Easing Is a Bazooka

This is the unconventional process by which the central bank purchases longer-dated securities in order to increase the money supply and encourage lending and investing.

If lowering interest rates is a pistol, quantitative easing is a bazooka.

The Fed was already committed to buying vast quantities of U.S. government bonds and mortgage debt that’s backed by government agencies such as Fannie Mae and Freddie Mac.

It has now loaded a bigger rocket in the bazooka with a promise to keep buying “in the amounts needed to support smooth market functioning.”

But it didn’t even stop there.

The Fed announced its support for debt issued by companies, state and local governments and other entities. Although it did stop short of buying municipal debt directly.

No One Knows When the Crisis Will End

The issue in the credit markets is the same issue that’s playing out in the stock markets. No one has any clue how bad the pandemic will be or how long it will last.

For example, look at the range of forecasts from Wall Street economists for second-quarter gross domestic product growth: 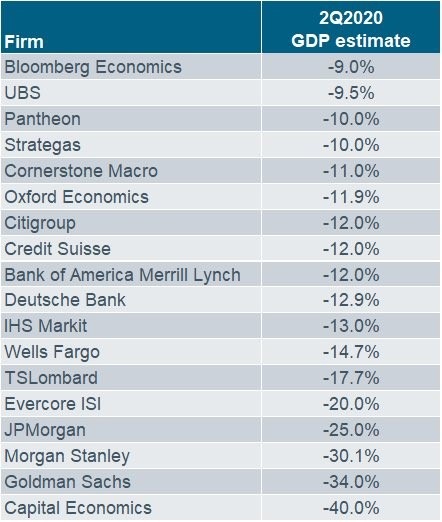 Because of this uncertainty, primary dealers in the bond markets (J.P. Morgan Chase, Citigroup, Goldman Sachs, etc.) lowered the amount of risk taking, leading to a frozen credit market.

By doing whatever is necessary to buy debt, the Fed is jumpstarting these markets again.

And it will ignite a new speculative bubble, just as we’ve seen after past easy-money episodes.

This Next Bubble Will Be Bigger Than the Rest

In 1998, the Fed lowered interest rates after the Asian crisis, and the dot-com bubble was ignited.

When dot-com imploded, the Fed cut interest rates to save the economy, and that inflated the housing bubble. This led to the financial crisis.

To combat the financial crisis, the Fed cut rates to zero and started quantitative easing. These tools led to spectacular growth in tech companies such as Amazon, Google and Apple.

While I’m not yet sure which asset class will be the prime beneficiary of this next bubble, it’s going to be bigger than all the rest. 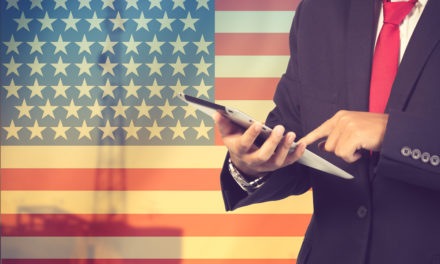 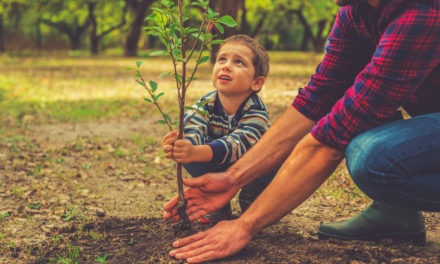 3 Ways Americans Are Helping Each Other Survive Crisis