Now is the time for YOU to buy into the solution because new energy is growing FASTER and FASTER worldwide.

Tesla — no surprise — is already on it.

It’s a leader in new energy.

The rise of Tesla minted what the media calls “Teslanaires,” and some of Paul’s readers were among them.

But the real story is not what you expect…

In fact, Paul says Tesla’s rise to a trillion-dollar company is NOT due to EVs, batteries or anything you’ve likely heard of…

It’s due to what he calls “iPower.”

It’s energy that you and I can profit from, not the power companies. Check out the full story — including Paul’s frontline pick — here.

This tells us renewable energy has the potential to lead to promising investment opportunities … even in this bear market.

And of course, you’re not wrong.

But, Elon Musk’s innovative company is much more than the world’s leading maker of electric vehicles.

It’s also a global leader in renewable energy — one of the key mega trends at the heart of what Paul Mampilly calls America 2.0.

In this edition of Macro Monday, I’m sharing details on a new Tesla energy initiative that’s so impressive it could outgrow Tesla’s automotive business!

And the best part: There are opportunities for everyday consumers — and investors — like you and like me to take advantage of NOW.

I’ll tell you all the details here:

Tesla and other America 2.0 leaders are innovating every day.

In order to keep up with all the important advancements, updates, macroeconomic developments and the latest economic releases — you can follow me on Twitter at @ALancasterGuru. I post almost every day on the latest and greatest happenings in America 2.0.

This mega trend is so impressive it could outgrow Tesla’s automotive business.

And the best part, there are select opportunities for everyday consumers like you and like me to participate and potentially generate additional household income.

We all know Tesla makes state of the art, quick and fun to drive electric vehicles like the Model X, Model S, Model 3 and Model Y.

Did you know you can or likely soon will be able to earn cold hard cash and potentially generate annual income for yourself and your family by being a participant in the new Tesla energy revolution?

A newly unveiled product by Tesla is paving the way where your participation in renewable energy generation can pay off in spades.

First off, “Tesla’s [overall] mission is to accelerate the world’s transition to sustainable energy.”

Tesla has two main divisions in its corporate structure: the very popular Automotive division and its Energy Generation and Storage division.

As this Tesla Business Model graphic shows, Tesla’s Energy division is a major part of the company’s ecosystem.  It manufactures unique energy solutions for home and commercial use. 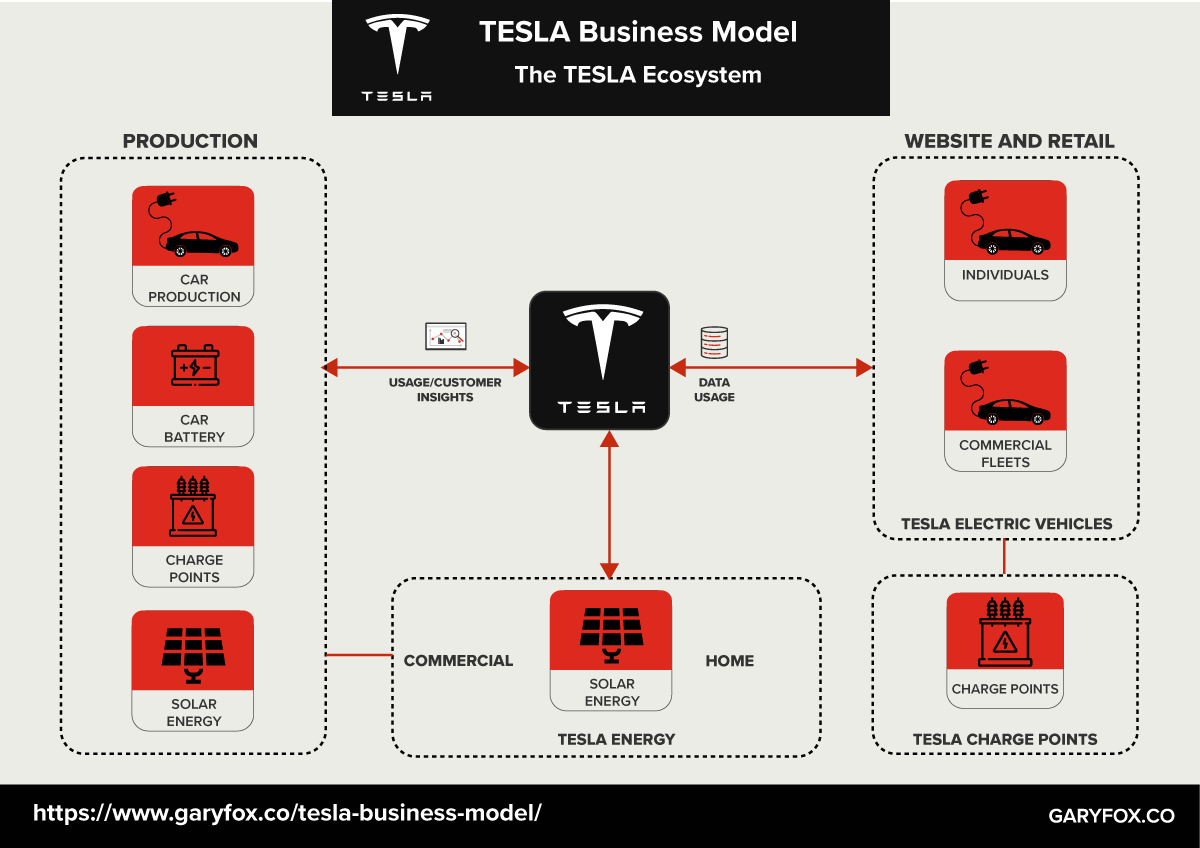 With that said, Tesla has a newly revealed energy software product.

Here’s how Autobidder it works.

As Tesla’s solar panels, solar roofs and Powerwalls gain popularity; everyday consumers, like you and me, who use them are generating ton & tons of energy from the sun. If you’re unfamiliar, Powerwalls which can be installed right on your home, store solar power from the solar panels on your roof and releases that energy as needed. 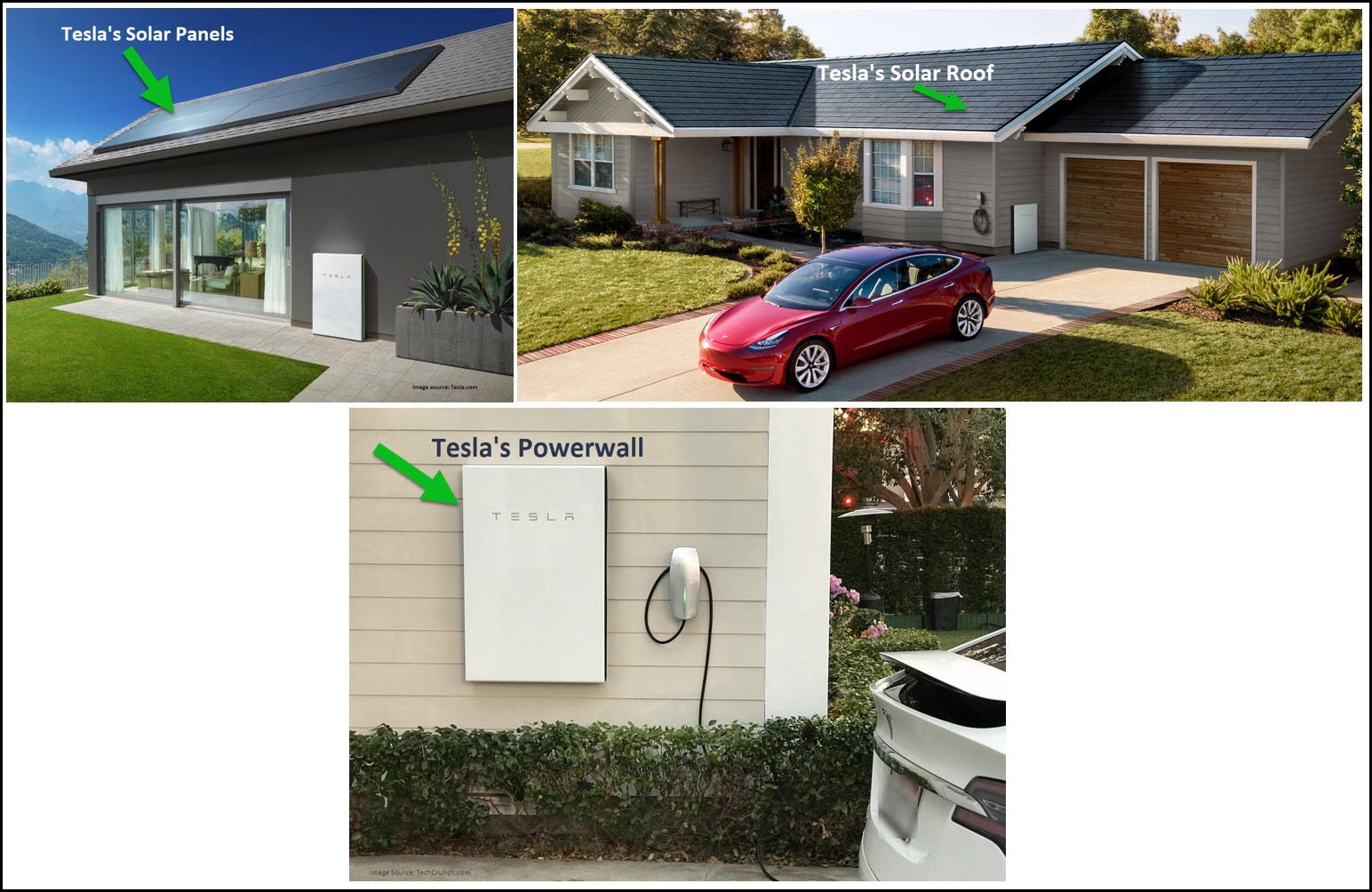 But unfortunately, what happens, is that a lot of this solar energy goes unutilized/untapped.

That’s where the Autobidder software comes in.

Autobidder is a real-time trading and control platform that provides value-based asset management and portfolio optimization, enabling owners and operators to configure operational strategies that maximize revenue according to their business objectives and risk preferences.”

So, in other words Autobidder helps everyday consumers sell this excess stored energy to local utility companies via what is dubbed Tesla’s virtual power plant.

And one such virtual power plant is in South Australia.

After a visit to South Australia a few years back, Elon Musk, Tesla’s founder/CEO, was made aware of a deep and desperate need for affordable electricity for families in the region.

So, he decided to do something about it.  He worked with the South Australian government to commit to install the Tesla solar roof panels and Powerwalls on up to 50,000 homes.  This massive project is currently in production and will be completed in 3 phases.  They are currently in phase 2.

Right now, over 1,000 homes in South Australia are part of a government funded program that equips these houses with solar panels and Powerwalls.  These various home Powerwalls are all wire connected and as a group are all connected to a Tesla Powerpack.

Powerpacks are sizable energy storage and can house a lot of energy for quite a long time.

Per Tesla, “Powerpacks house the world’s most sophisticated batteries.”

All these parts, the connected homes equipped with solar panels and Powerwalls that are then linked to Powerpacks form what is called a virtual power plant.

Autobidder works by autonomously permitting unused solar energy from these homes to be directed to the Tesla Powerpack as seen in this image.  This stored Powerpack energy is then sold to utility companies.

So, households participating in the virtual power plant are subsequently paid in cash by local utility companies for their generated solar power when stored energy is needed by the local utility companies, this is especially true during widespread power outages.  Using this excess stored solar energy from the Powerpack saves local utilities the expense of building additional traditional power plants.  It’s more advantageous/economical to just pay these participating solar generation households on an as needed basis.

So, by equipping a home with Tesla solar panels and a Powerwall the homeowner can earn cash and generate annual income for their household. 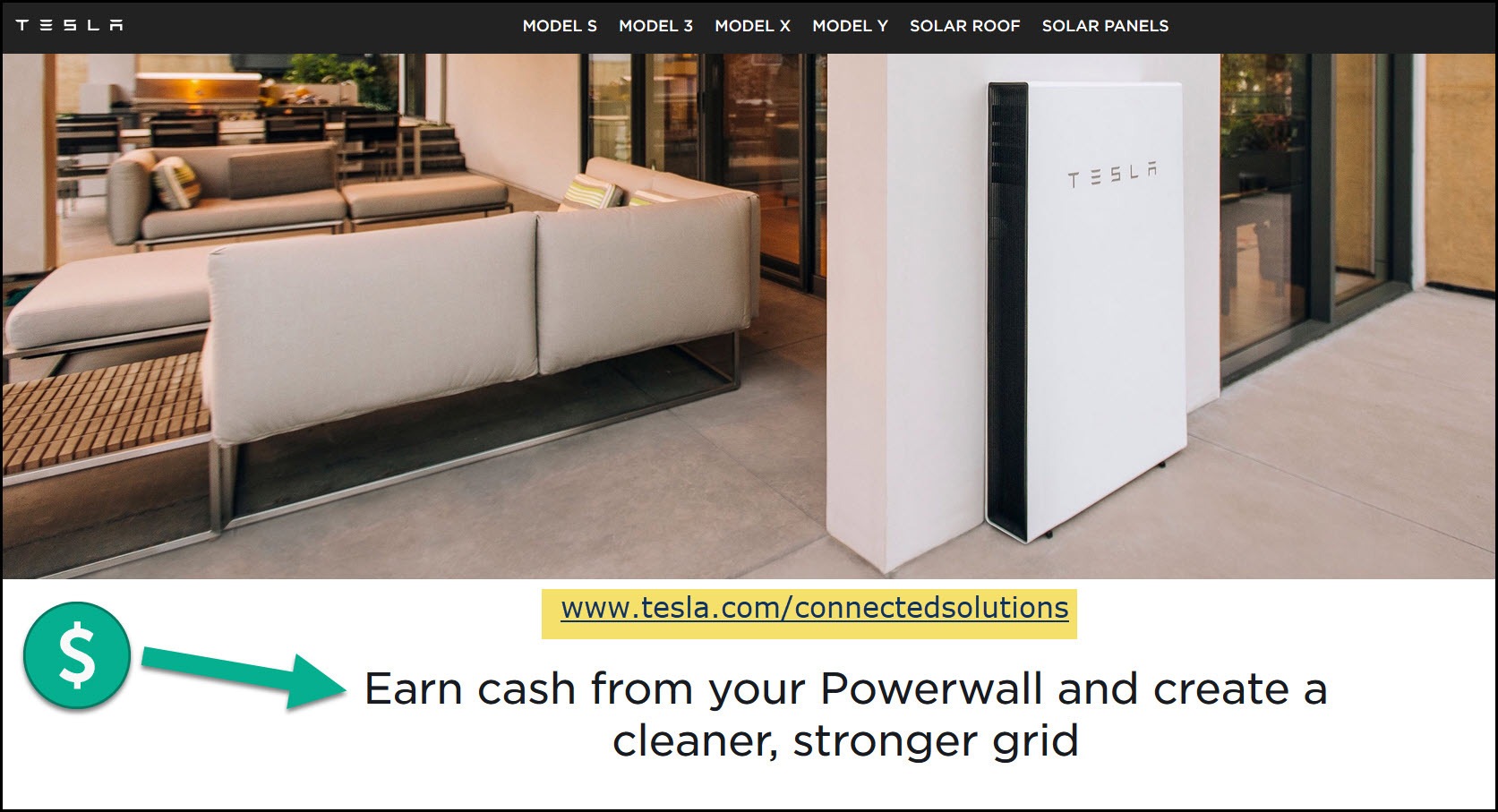 Autobidder is poised to be very lucrative for Tesla as well, as the company can sell the software to utility companies for a subscription premium.

So, how can you see if your eligible and get in on this virtual power plant payday?

On this webpage Tesla explains how National Grid and Eversource customers in Massachusetts, Connecticut or Rhode Island can now enroll their Powerwall in Connected Solutions, a program that “links batteries across the state to create a large supply of sustainable energy — a virtual power plant — to be used during peak demand.”

According to Tesla’s website, homeowners may be able to: “Earn hundreds of dollars each year by participating, and know they’re contributing to a cleaner, stronger grid — all with the same self-powered and emergency backup features of Powerwall.

“By pairing Powerwall with solar, customers can unlock additional incentives in all three states. In some cases, these programs can significantly reduce the cost of solar and completely cover the cost of Powerwall. The highest-earning Powerwall could earn as much as $700 a year in income Massachusetts and Connecticut, and $1,000 a year in Rhode Island by participating in Connected Solutions.”

So, as the phenomenon of virtual power plants and the software intelligence of Autobidder take shape it should just be a matter of time we see these new renewable energy technologies expand across the U.S. and in turn be beneficial to everyday consumers and Tesla alike. 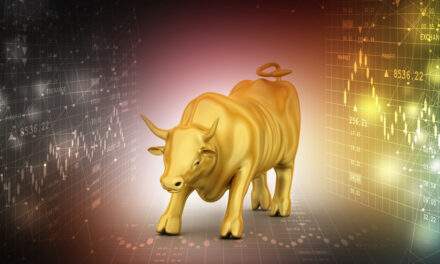 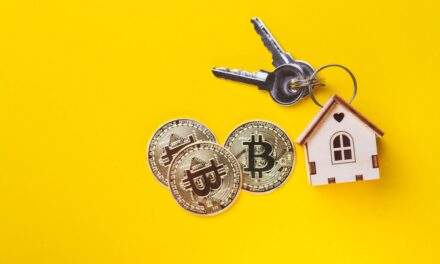