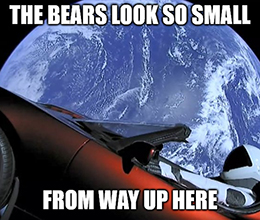 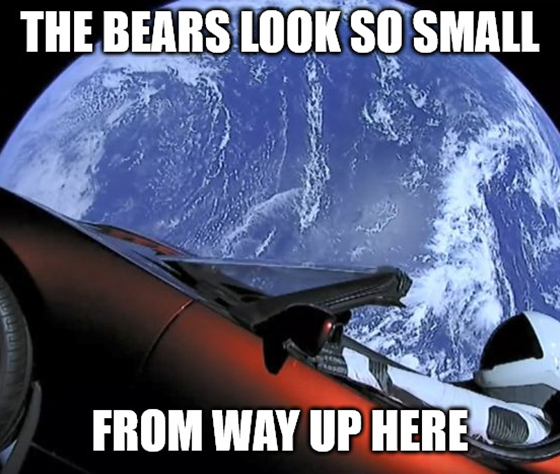 Tesla to Bears: Eat My Shorts

Do we have any Tesla Inc. (Nasdaq: TSLA) bears reading today?

I know you’re out there. You write in to Great Stuff every time I say something positive about the company. Well, get your emails ready. Today, Tesla’s taking a victory lap … and I’m saying: “I told you so!”

Let’s get right to the heart of the matter, shall we?

Yes, Virginia. Tesla is profitable, earning $2.14 per share in the fourth quarter and beating expectations by more than 20%. Revenue came in at $7.38 billion, besting Wall Street’s target of $7 billion.

Now, we’ve seen Tesla put up profitable quarters before. What makes this one so much better?

Two factors really stood out this time. First, Tesla reported free cash flow of $1 billion for the quarter. That’s impressive just for the sheer fact that the company’s capital spending grew 27% in the same quarter.

Remember the Gigafactory in Shanghai? That cost the company $412 million to push through. Despite the added spending, overall capital expenditures were lower than 2018.

OK, so that’s a lot to take in. In layman’s terms, Tesla is spending less, spending smarter and bringing in more revenue. This is what every company dreams of doing. It’s how things are supposed to work.

What’s more, things will get even better for Tesla this year. The company projected 2020 sales of more than 500,000 vehicles.

Not bad for a company that many people believed would never be profitable.

Here are two of my favorites:

While the bears admitted defeat, the Tesla bulls celebrated. “It’s becoming clear, in our view, that Tesla is on a path toward becoming the world’s only relevant publicly listed auto maker,” wrote Alexander Potter of Piper Sandler.

Now, I like Tesla, but I don’t know if I’m willing to follow Potter’s lead and call it the “only relevant publicly listed auto maker.” I think we’re still way too early in the game for that.

However, if Ford Motor Co. (NYSE: F) and General Motors Co. (NYSE: GM) don’t get their act together soon, Tesla could soon be the only relevant publicly traded American automaker.

Finally, you might be wondering if it’s finally time for you to bite the bullet and buy into Tesla. That answer is a firm “NO.”

Tesla is overbought and needs to consolidate or pull back more than a little. For the best long-term returns, you’d ideally want to target the $550 to $600 region. It may take a little while to fall back to those levels, but everything driving the shares higher right now is hype.

We don’t buy hype … and neither does Banyan Hill expert Jeff Yastine.

Jeff’s eye for spotting hidden value comes from his 15-plus years of financial news coverage. And now, he has his sights locked on a $5 stock that’s set to make waves.

With its life-saving innovation, this one company is set to revolutionize health care. There’s little hype surrounding this stock today, but Jeff predicts its value could triple in the next few years.

Click here to see why Jeff believes this pioneer is set to soar.

The Good: Am I Blue? 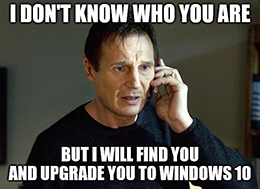 Why, wouldn’t you be too? (Couldn’t resist breaking out a little Billie Holiday.)

Microsoft Corp. (Nasdaq: MSFT) is most certainly not blue. It’s a nice, happy shade of green today … thanks to Azure, Microsoft’s cloud services.

Overall, total revenue jumped 14% to $36.9 billion, and earnings topped expectations by $0.29 per share.

Microsoft projected Azure revenue to reach between $11.85 and $12.05 billion for the current quarter, touting its market dominance even in the face of stiff competition from Amazon.com Inc.’s (Nasdaq: AMZN) Amazon Web Services.

“Azure is the only cloud that offers consistency across operating models, development environments, and infrastructure stack, enabling customers to bring cloud compute and intelligence to any connected or disconnected environment,” CEO Satya Nadella said.

The problem here is Verizon’s media division, on which the company just wrote down a roughly $200 million charge. Who would’ve thought buying AOL and Yahoo was a bad idea? (I think we all thought that, actually.)

It’s like when my wife sends me to Walmart for groceries … and I come back with a Duck Dynasty Chia Pet and a gallon jug of Tabasco. After Tumblr’s fire sale last year, Verizon is 0 for 3 on the acquisition front.

VZ shares have gone practically nowhere since November … of 2018. Personally, I see two paths the company can take.

Mr. Great Stuff, what’s behind door No. 1 for Verizon today?

The company could take the “L” and leave its media unit behind in the noughties (that’s what we’re calling the 2000s now, apparently … or so my daughter tells me).

Verizon could pull an AT&T: buy some more content and roll out a streaming service. Yet Verizon’s AOL and Yahoo deals (worth $4.4 billion and $4.48 billion, respectively) were mere pennies compared to the nearly $109 billion AT&T spent for Time Warner.

But honestly, there’s not that much content out there left to buy. There’s what … MGM and Lionsgate? Those are about the only two worth mentioning. And Verizon would probably have to fight both Netflix Inc. (Nasdaq: NFLX) and Apple Inc. (Nasdaq: AAPL) for either of them, pushing the price tag even higher.

Door No. 2 is clearly a bad idea for Verizon. After all, Great Stuff readers know how well the Time Warner ordeal is working out for AT&T… 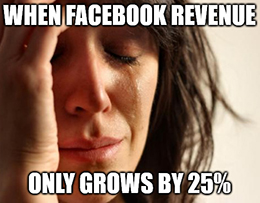 By most measures, Facebook Inc. (Nasdaq: FB) just turned in a solid quarter. The social media giant beat earnings guidance by $0.04 per share and topped revenue expectations by $21 million.

But it wasn’t the actual numbers that scared investors today. It was the growth of those numbers. Facebook’s revenue rose 25% to $21.08 billion — its slowest pace in more than four years. Earnings rose 8% to $2.56 per share, slowing from 20% growth in the prior quarter. This also marks the smallest earnings beat Facebook has ever recorded.

Those are still impressive numbers. Are Facebook’s investors just spoiled?

The answer here is “yes” … with a caveat. Yes, Facebook investors will likely have to get used to lower growth rates for both revenue and earnings. It’s only natural since the company is near market saturation (a problem that Netflix is running into in U.S. subscriber growth).

But the real problem comes with government regulation. Antitrust lawsuits and investigations abound. Defending against those isn’t cheap, and that’ll be an increasingly heavy burden on Facebook’s bottom line. And if the government decides to drop the hammer? That’s even worse.

The ugly truth is that Facebook’s glory days are now behind it. You can expect more “disappointing” reports like this in the future.

You know the drill. You Marco. I Polo.

Judging from your emails this week, there are two things on your minds: the overhyped coronavirus and internet browsers. Seriously, I didn’t know that browsers were still such a hot-button issue. It’s like I’m back in the days of Netscape and Internet Explorer.

Before we get to those topics, we have some praise from Beth R., who wrote:

I get so much in my inbox from Banyan that I can’t keep up, but I kept yours because of the humor. Love your style of writing. Love the rundown you put in on Roku, because seeing it listed out like that was helpful.

What I like about your email is that it isn’t all about “Something no one else wants you to know” or “Push here to read all about what the Wall Street bigwigs don’t want you to know.” You get the drift. And thank God I don’t have to sit and watch a video I don’t have time for.

Keep up the good work.

Thank you, Beth! We try our hardest to “keep it real” here at Great Stuff. And if we make you laugh while doing it, all the better! Some days, you just need a spot of humor to help the market go down. Also, no one wants to watch my ugly mug for half an hour on video. So, text is what you get!

On to the browser wars!

I switched to Firefox years ago, mostly for privacy, as Google tends to mine too much information from your history. — Gary S.
I’ve never used Chrome because I’ve never trusted Alphabet! — Tim P.
I’ve recently quit using Chrome and switched to Brave, which is based on the Chrome code base, as is Microsoft’s latest version of Edge. Brave looks and acts very much like Google Chrome without the privacy issues. Well worth checking out. — John S.

There are two themes when it comes to browsers: Great Stuff readers hate Chrome and Google, and love Firefox … and Brave? I have to admit — I’ve never heard of Brave before, but after quite a few of you recommended it, I’ll check it out this weekend. Thanks for teaching this old dog new tricks! 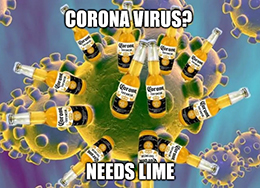 My friends are cutting up limes and clicking their Coronas. I am sure you have seen the meme?

Mary, I also have scary-virus exhaustion. It’s why I haven’t mentioned it today … except for right now, of course. So, my plan to avoid the coronavirus today failed, and it’s all your fault. I sentence you to a weekend of Coronas and limes.

As for the market, I still maintain that it won’t be that big of a deal until it starts spreading in Western countries. Thanks for writing in, Mary! 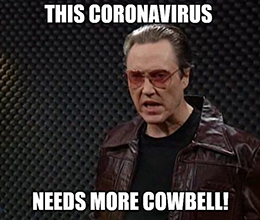