100% battery electric Class 8 semis — from Tesla to Freightliner — are set to rock the trucking industry and propel big rigs into an electrified America 2.0 world. 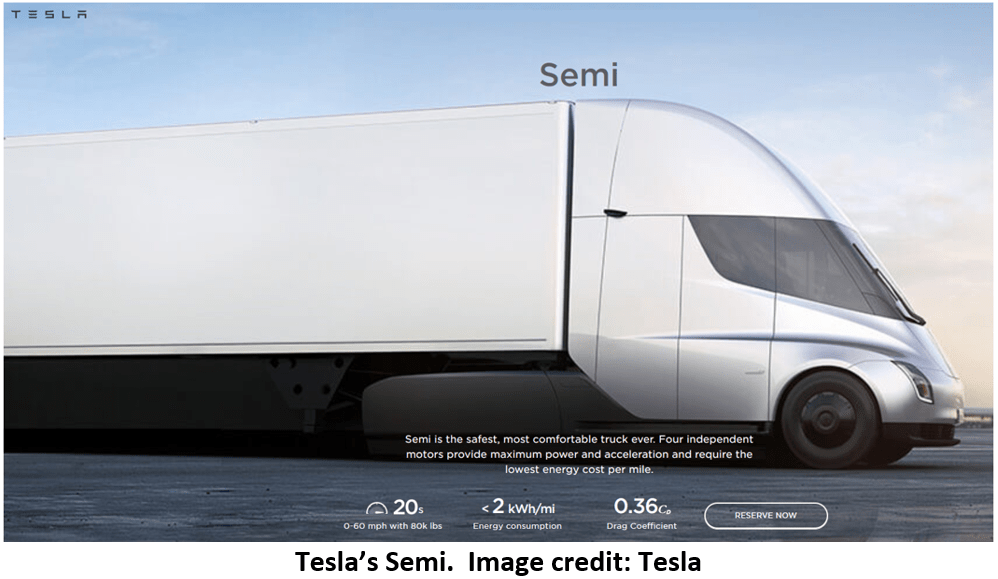 We may even see Tesla Semis on U.S. roadways very soon if reports from PepsiCo prove correct.

Ramon Laguarta, PepsiCo’s CEO, made Tesla Semi fans very happy this week when he revealed the food and beverage conglomerate will be taking its first deliveries of the Tesla Semi in the fourth quarter (Q4) of 2021.

Just like Paul, Mr. Laguarta sees electric vehicles and trucks as the new era for transportation.

Mr. Laguarta shared in a recent interview as reported by Teslarati:

Actually, transportation is about 10% of our overall gas emissions, so it’s important, and we’re working on different solutions. We replace our fleet regularly, every ten years more or less. That’s the life of a truck. We’re already starting to buy electric trucks actually from Tesla. I don’t want to promote anybody, but that’s the brand that we’re using so far, and we’re getting our first deliveries this Q4. So it’s something we started a few years ago. We’re working with Tesla.

This is great news for Tesla and the budding electric truck market.

And here’s even better news for you. I’ll share how this is fulfilling our new energy predictions for the year and two options for you to invest!

In 2010, the U.S. Department of Energy (DOE) started a $115 million new initiative called SuperTruck, to improve the efficiency of heavy-duty commercial trucks.

These prototypes helped pave the way to achieving a 50% improvement in fuel efficiency for Class 8 trucks.

The technologies researched and developed via the 2010 SuperTruck initiative are now part of internal combustion engine (ICE) trucks in production today.

Then, in 2016, the DOE decided to take its initiative up a notch and invest $137 million to launch SuperTruck 2.

This project is ongoing, but according to TruckingInfo.com, truck manufacturers participating in the SuperTruck 2 initiative have “achieved 55% brake thermal efficiency from an engine equipped with waste heat recovery — a significant milestone.”

The DOE formally publicized it will spend $127 million over the next five years to help boost the electrification of commercial trucks.

The program’s goal is to “pioneer electrified medium- and heavy-duty trucks and freight system concepts to achieve higher efficiency and zero emissions.”

So, you see the real-time evolution of modern-day electrified trucks is eye-opening.

You see, lithium-ion batteries are one of the key components in electric vehicles (EVs). With that said, I have a battery double play for you today.

Battery Buy No. 2: Paul has a stock recommendation that takes batteries to the next level!

I’m talking about a 12-million-mile battery. This super tech was found by Telsa’s own “employee No. 7.” Get the full story — and see how to unlock Paul’s battery recommendation — here.

At the beginning of the year, I predicted we would see a new energy revolution unfold like nothing else we’ve ever seen.

This is just the latest confirmation of that. And we’re watching more unfold every day.

We follow the mega trends of the future which include, not only electric vehicles and trucks but also autonomous vehicle technology and transportation innovations of the future.

Don’t miss out on the potentially life-changing tech and stock gains. Get on board today! 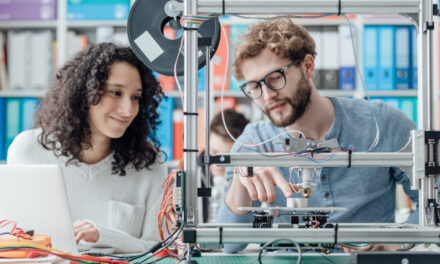