Tesla: The Next Great American Brand 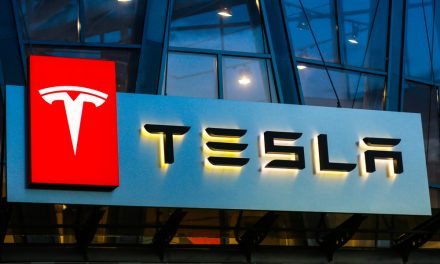 This past weekend, I spent Memorial Day rock climbing with my family.

While we were out on the trail, we were joined by plenty of other young rock climbers, from early 20s to early 40s.

But I noticed that the main topic of conversation on everyone’s lips, no matter the age, was one stock in particular.

A stock that the media continue to slam, but the public loves to discuss — Tesla.

Today’s video is about probably the most widely talked about stock, one of the most popular companies covered all the time in the media. However, it’s usually covered in a negative way. I believe that’s because negative news sells better than positive news.
At Bold Profits Daily, we are about the positive. We are about growth and opportunity. I believe that the media does you a disservice by constantly putting this particular company in a negative spotlight. Some of you may have already guessed which company it is. I’m talking about Tesla (Nasdaq: TSLA).

I was out rock climbing this weekend and I was surrounded by people in their 20s, 30s and 40s and everyone was talking about Tesla. Everyone is interested in the stock, the brand, the car. I want to go down into it. Why does Tesla have such a lock on people’s minds and hearts?

What is it about the company, the car, the product and the stock that makes people either want to hate it or love it? In this video I want to give you three reasons why I believe Tesla the stock, Tesla the car and Tesla the company is here to stay. And why you should stop believing the media when they tell you about Tesla and start paying attention to Bold Profits Daily.

When I think about Tesla, I think it all begins with the cars. People love the cars. I’ll admit it, I drive a Tesla. I can’t tell you how often complete strangers walk up to me and ask if I like driving it, what it’s like and if it’s cool. The answer to all of it is, yes, it’s a fun and cool car to drive. Yes, it’s electric, yes it has self-driving capabilities.

And yet, there’s something more than that. That is something that Tesla share with Apple, another favorite company. People love the experience of driving the car. That’s what makes people want to go engage with the people who drive the car, engage with the car itself and this is what now drives second element of it.

People want to know more about it. The same way that people recognize Coca Cola around the world or Apple phones by its logo. Tesla is known by the shape of its cars, its logo and, as a result, it’s America, Hollywood, Coca Cola and Apple all rolled into one. This is why I believe Tesla is something that will last the test of time.

Third, I mentioned earlier that I was surrounded by young people most of this weekend. For the most part, it’s younger people who go and hike, rock climb and are into the outdoors. Young people love Tesla. People in their 20s, 30s, 40s — actually it’s true for people across the board. People in their 70s are super fans of the car.

The fact that so many people across all these ages love the company, the car and the brand means that there is a ready market for their stock. Everyone wants to buy into a piece of something that is loved, gives them a great experience and is a genuine product that actually delivers on the promise they tell you about.

Tesla spends no money on advertising. All of its advertising happens by word of mouth. It also happens because people see the cars and they are interested. That is something that was true for Apple in its heyday. People who loved Apple products would tell other people about it. That was how the word spread.

Word of mouth advertising is real, it’s credible, it’s authentic — that is what really spreads the word out. That’s the last thing I would say about Tesla. I am going to be truthful. I have told you I drive a Tesla. I will also tell you that in Profits Unlimited we have recommended Tesla to our readers.

That’s because I believe that Tesla is one of the signature stocks of our time. It represents technology, America, coolness. It represents everything people think of when they think of America and this time. Obviously I have told you we own Tesla.

If you would like ongoing coverage of Tesla, which I provide to my readers on a week-in and week-out basis, and you want to see the other signature stocks of our time that I believe you can hold in your portfolio and allow it to make wealth for you over time by doing nothing, consider joining my service Profits Unlimited. We focus on these kinds of stocks.

These kinds of futuristic stocks that represent our time and the future and have the potential to make enormous amounts of money for you. That’s my Bold Profits Daily for you this week. It’s about Tesla and why I believe that you should forget what the financial media is telling you about Tesla.

That’s my Bold Profits Daily for this week. Don’t forget to give this video a thumbs up, subscribe to this channel. Share it with your friends and family and tell them to come and watch us. I’ll have a new video for you next week. Until then, this is Paul saying bye.

There are three main reasons why Tesla is a fantastic example of a signature American company.

First, there’s its cars. From their look to their tech to their innovation, people love hearing about and experiencing what driving a Tesla is like. As a Tesla driver myself, I get asked all the time about my experience driving the car.

The same type of excitement can be seen in the way people all around the world view Tesla’s brand. Tesla represents today’s America because it’s one of the most easily recognizable new car brands. When you see a Tesla and its T-shaped logo, you know exactly who made that car.

Brands such as Coca-Cola and Apple have the same kind of iconography. And Tesla is quickly catching up to them through one thing these brands lack: hype.

If a group of rock climbers can spend an outing talking about Tesla’s innovation and company stats, you can bet they’re not the only ones.

Just like when Apple first came onto the scene with its innovative computers, and later the iPhone, Tesla’s word-of-mouth advertisement is going a long way to up the hype of its products.

I believe that Tesla’s future is bright, especially if the way people view the brand and its products continues to spark conversations. 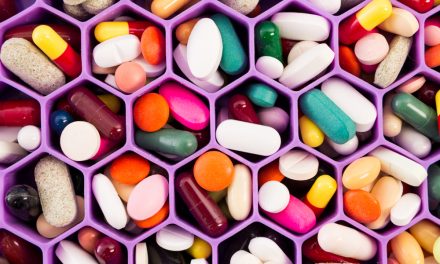