Tesla and Takeovers: Signs of a Secret Economic Boom 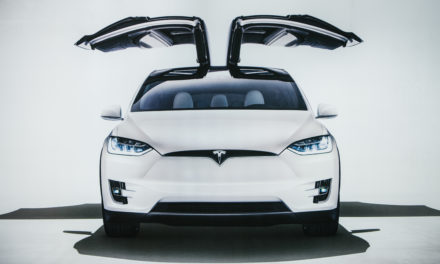 All signs point to a secret economic boom.

And here’s the exciting thing: It’s already in progress!

Last week, Tesla announced the brand-new Cybertruck, which led to over 200,000 preorders within the first three days of its reveal — including mine!

This tells me that we’re not only headed toward the future of transportation, but we’re also in a strong economy.

Basically, if a company is buying out another company, there’s strong confidence that the economy is doing well.

I believe that this economic boom is about to catapult us into our best economy in 20 years! And I’ll tell you the best place to invest for the biggest gains.

Watch this week’s Market Talk below for the full story.

Amber Lancaster: Welcome to this week’s Market Talk. I’m Amber Lancaster, joined by Paul Mampilly. Each week we look forward to sharing our viewpoints with you and giving insight into what’s on our radar. Today’s outlook is for the week of November 25, 2019.

For this week’s update, I’ll begin by sharing with you what I’m watching and then we’ll hear from Paul. Today I’ll cover three major topics. They are pertinent U.S. economic releases, my innovation story of the week and our Good News Roundup. Let’s begin.

First, as this chart shows, the latest preliminary reading for the U.S. manufacturing gauge climbed to a seven month high in November. This gauge is important because it measures employment, new orders and overall output in the manufacturing sector. Its November reading of 52.2 exceeded all economists’ estimates. Any reading above 50 indicates improving conditions.

Where this week’s economic releases are concerned, there will be eight major releases over a two-day period. On Tuesday, October’s wholesale inventories month-over-month will post at 8:30 am, November’s Conference Board consumer confidence and October’s new home sales will both post at 10 am.

On Wednesday, both preliminary durable goods orders for October and the third quarter second revision for GDP annualized quarter-over-quarter will post at 8:30 am. M&I Chicago PMI for November will post at 9:45 am and at 10, October’s personal income and personal spending will be released.

Now for my innovation story of the week I want to say get ready for the future in the $42 billion database market. Every company needs a database, especially in the ecommerce market. Databases help companies keep track of product inventory, as well as customer information.

Right now a major shift is happening in this market. 2020 is poised to be the year we will see a potential big jump in database market growth as it moves to cloud-based offerings. According to a recent data report from Bloomberg, in 2020 more companies will leverage cloud technology to “run new workloads and store and analyze data, both relational and dynamic management system segments should expand more than 30% on the cloud through 2022.”

Now for my Good News Roundup. Good News Roundup story number one: Retail Dive is reporting Amazon has launched an Amazon Dash Smart Shelf to restock supplies for business customers. The shelf uses a built-in scale to determine the quantity of a selected item and senses via its weight when the product is almost out of stock.

Then, the smart shelf places a reorder over WiFi right on time. Amazon plans to offer Dash Smart Shelf system to all existing customers who are registered as U.S. businesses starting in 2020.

Good News Roundup story number two: The youngest American generation is doing better at managing its credit. According to HousingWire, Gen Z’ers — people born in 1995 or later — have an average FICO score of 637, above 642 for Gen X and 629 for millennials. Hopefully this mindset carries through the years for Gen Z for years to come.

Good News Roundup story number three: Leading up to the official start of the holiday shopping season, this Friday the National Retail Federation projects 2019 holiday sales are expected to increase up to 3.8%-4.2% over 2019. Actually, half of U.S. holiday consumers have already started shopping. Gift cards are one of the most popular gift purchases.

That’s it for me this week.

Thanks Amber. Three interesting pieces of news related to IPOs I read this weekend. Patagonia, the outdoorwear company, is opening its first ever physical store called Worn Wear, which is their resale business. That’s going to be in Boulder, Colorado. That’s my mother’s hometown where I’m going to be visiting for Christmas. Im going to check out that store and see what’s going on there.

It goes along with North Face, which has a similar concept, as well as REI. This circular supply chain of brands working to sell new products but also create a secondary market for existing products is catching on. It applies to outdoorwear as well as luxury goods. The RealReal is deeply involved in that and I think it goes a long way to validate that market and that concept.

The second thing I read this weekend is about an X-59 supersonic jet developed by Lockheed Martin. It’s going to half the time of flight to Australia. Unlike the Concord, which you might remember if you’re my age or older, it will be able to fly above land. It will open up massive amounts of market and opportunities.

This isn’t’ the only company taking this approach. I think Branson’s Virgin Atlantic is also going to be doing something like this and that’s why Boeing bought 20% of the company. So keep an eye out for better cross-global travel in the next decade or so.

Finally, the big piece of news in the markets today is Uber in London. There is a short-term setback. London is making some noise about revoking their license. Uber is disputing that and I think they’re going to end up resolving that. In the meantime, I think there’s going to be some noise.

Uber is still operating in London; it’s a big market for them. I think what’s going to happen is they’re going to have to add some safety features that London wants, including facial recognition in their app. I think they are in the process of doing that, as well as a button for alerting — kind of a 911-type button.

They are going to push that forward. Whether they have it done this month or not, it’s going to get done and it’s going to be built into the app. What you are going to end up seeing is that this is going to be a feature demanded in the industry going forward, in London specifically, but maybe other places as well.

Anyone else who wants to come into this market will have to build these new features in as well, which is going to be pretty expensive. In the long run, that’s going to solidify Uber’s position in the market. In the short term, there’s a lot of noise around it. Keep an eye on that. We’ll have more on that in our weekly updates. We talk a lot about it in much more detail.

Those are the three pieces of news I’m looking at this week that relate to the IPO market. I’ll go over to Paul for his weekly outlook.

Speaking of transportation, Uber is part of the future of transportation. This weekend was all about Tesla. If you’re following me on Twitter — @MampillyGuru — I was tweeting all weekend because I was incredibly excited. Really, Tesla blew it out of the water. 200,000-plus orders for the Cybertruck.

This is despite their viral accident of their windows getting smashed in a demonstration gone wrong.

However, I think it actually helped. It was free advertising because everyone showed it. People went from generally saying they hated the design of the truck to, by the end of the weekend, people loving it a lot and they ordered it.

I believe it is going to cause a transformation in the car industry because Ford and GM depend, secretly, on pickups and SUVs for all their money. If Tesla can take a significant share of that, watch out. It’s going to be tough times.

Also, we’ve been telling you now for some time that there’s no recession, no problem, no crisis and no crash. One piece of evidence that’s been coming out regularly is the number of takeovers. This morning we woke up to two. LVMH, which is a big French luxury company, is buying Tiffany. Second is Novartis, another European pharmaceutical company is buying a company called Medicines Company.

That’s a sign of people [putting money to work. If you are a large company, unless you have confidence in the economy, you would not put money to work. You would horde cash, keep cash on the side. Even if it was negative interest rates you would say it’s better than a loss.

If you start a business it requires ongoing capital. These are all continued signs of something that Amber and I talked about last week. We are, for the first time in 20 years, about to see economic velocity start to rise. That is measured by how quickly money moves from one hand to another.

The economists measure it by M2. If you go look at a chart of M2 it has essentially been dead for 20 years. That’s because we just have not had people coming in demanding things. That, I believe, is going to be the beginnings — nobody believes me and nobody is going to believe me — of the boom where we can see significantly higher economic growth.

The best way to stay invested in this boom is through our megatrends. Speaking of our megatrends, I want to mention that this week my publisher is putting out emails promoting Rebound Profit Trader, which is our options service that looks to take advantage of market structure because of our team’s understanding of how market makers work, how hedge funds work, what proprietary trading desks or investment banks do.

We track the data and look to understand when they are going to buy. That’s when we go in. It gives us a higher shot of making money. I just checked with Ian, who I trade this service alongside with, very recently we had two incredible gains for 60%.

One on Novocure and it came in just a few weeks. Another one on the biotech index. If you’re interested in quick gains just click on the strong hands and that will send you to the link that will give you all the details on how to get in to Rebound Profit Trader.

Those are the things I have. I’m still positive, I’m still optimistic, I’m still incredibly bullish about what’s going on. Ignore the bad news media that is telling you new highs is something to panic about. New highs indicates there is more money coming into the market. It’s a positive sign. Stay invested in our stocks, tune into the updates. Back to you, Amber.

I couldn’t put my phone down over the weekend as Tesla unveiled its new Cybertruck — the final nail in the coffin for Ford and General Motors. I tweeted all the news as it unfolded. Be sure to follow me on Twitter @MampillyGuru so you never miss these market insights as they happen. 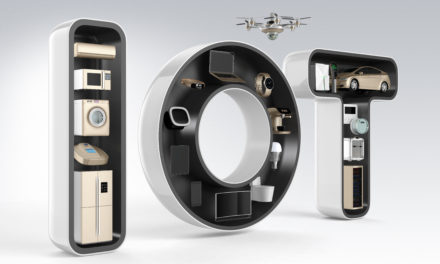 Quadruple Your Money With the Internet of Things 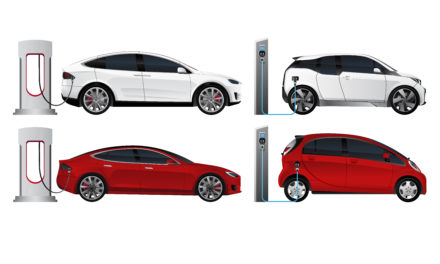