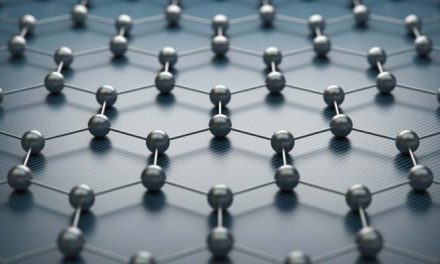 Imagine a material as light as tinfoil, yet stronger than a piece of steel. A material so durable, it could stop a bullet at close range.

Sounds like something out of a comic book, right?

If you can believe it, new technologies have gotten so advanced that the things we used to read about in science fiction stories are actually being brought to life.

And it’s all thanks to an emerging market called super materials.

The Next Big Mega Trend

Super materials can come from many things — be it an isolated layer of carbon or the silk from a spider.

They’re all a bit different, but each have wild applications that could eventually replace and upgrade the materials we use today.

In this week’s video, I’ll go over several of these new applications, and what it means for investors once these technologies reach mass adoption.

To check out that video, click on the “play” button below.

Hello everyone, this is Paul, with your Winning Investor Daily for this week.

This week, I have something that I believe is truthfully going to blow your mind. And, the thing that I want to talk about is the emergence of this new thing. It’s a trend that’s in the very early stages.
And, in time, I believe it will be a super mega trend because it has the ability to completely transform the world and the way that we live.

That’s because it would affect every aspect of what we do — how we make things, what we make them with, and most importantly, what we can now do. Because this new trend will reshape the capability of so many things that we already have today.

This new thing is being referred to as super materials today. These are the types of things that we read in comic books, and maybe, in some amount of science fiction. Now, we have arrived at a level of technological development and capability that these are things that we can actually do.

So, let’s go through some examples of it because some of these are incredibly wild. The first example of this is something called aerogels. Aerogels are like frozen smoke. Imagine being able to hold smoke in your hand like this like it had some mass.

We know how to do this today. We do that by taking out all of the water molecules from this aerogel, and now, it is something that looks like frozen smoke.

And, it has some extraordinary applications for us. One obvious [application] is that you could use this for insulation instead of what we use today. That would make our insulation way more effective because aerogel can absorb temperature without losing form. So, it’s super useful.

It can also be used as an absorber for all sorts of cleaning. I imagine in time, instead of having sponges, we’ll actually have this semi-invisible thing sitting by our sinks, and we’ll be able to wash our dishes with it.

Now, it would be great if they’d wash the dishes for us. However, that we’d have to leave for the robots to do.

It can also be used as a thickening agent, for water drug delivery, and for water purification. In other words, this has the possibility of having real utility, opposed to just being something cool.

That’s important because we tend to put resources into things that are actually useful. So, aerogels have a lot of uses. And it’s a real possibility that this becomes something that we see in our world in the near future.

The next thing is something called shrilk. Now, this is taken from the shells of things like shrimp. This is a dissolvable, biodegradable material that can be used, for example, in scalpels and sutures in the medical field.

And, it can hold a structure. So, imagine a scalpel: you can put skin on it for skin graphs and things like that — super useful in health care — a lot of utility in something that we know how to do.

We can already see its application. And, the great benefit of it is that it is dissolvable without causing toxicity or things like that.

So, if we can find a way to use this material to replace plastic or other things that we have today, and then worry about lasting over the next 100 to 200 years, this would be an incredible material for that.

Spider silk is another material that we have learned to synthetically make. It comes from a biopolymer — or at least the way spiders make it is called aquamelt. The cool thing about it is that it can be spun in room temperature.

If you looked at a factory that generated plastics, they obviously generate an incredible amount of pollution.

While plastics are super useful and we have it in all parts of our life, if we could find a way to reduce the amount of energy that we use to generate it and make it so that it’s faster, tougher, more useful and of nature — where it was something that just blended back into nature once it’s done — it would be of huge utility to us.

Now, the main super material that you’ll see written about if you went and put “super materials” into Google, would be for something called graphene.

Many of you may have already heard about graphene because it’s been hyped for 15 to 20 years now. We’ve known that graphene is a super material relative to anything that we know today because it’s strong, stiff, and extremely light.
It’s tough — it’s got every single quality that you might want in a material. You could make cars, planes, ships — you’d want to make everything out of it because it’s got the toughness of steel with the lightness of a piece of paper. It’s flexible.

However, at the same time, you can’t just bust through it. So, it’s got every quality that we’re looking for.
In my research to do this Winning Investor Daily, they brought up the idea of creating a bulletproof skin that cloaks you when you’re in trouble. And it reminded me of the scene in The Matrix where there’s this invisible cloak of armor that allows the character to escape the bullets.

Well, that’s the potential and capability of graphene. The problem with graphene is that we simply could not figure out a way to produce it cheaply enough. However, in the last five years this has changed. We have figured out how to do this.
And we are just beginning on that cost curve down. If you go back to the 1940s and 1950s, plastics were a super material. However, we couldn’t get the cost down. Eventually, the cost dropped down to where it was super useful.

So, graphene is at that very early stage where it’s still pretty expensive, so the idea of making a plane out of it is unthinkable today.

However, as its cost goes down, its applications are going to be wide. It’s going to be huge. Obviously, the producers of graphene are going to benefit. And, all of the people who come up with ideas on how to use it are also going to benefit.
One of the ideas that I believe for graphene is going to be a wearable revolution because graphene’s one incredible quality is that it’s got all those characteristics that I mentioned. However, it is also a really efficient conductor of electricity — better than any semiconductor that is out there.

In other words, we could have it so that a shirt could be a shirt, and it could also be a sensor or a chip that measures things.

Today, if you wanted that, you would actually have to embed a chip into it. Imagine something that could play both roles at the same time, where it acts like a piece of skin or an outer-boundary for any kind of device, and can simultaneously conduct electricity and do what a chip does.

So, the potential for graphene is absolutely enormous. We are beginning to see companies that are focusing on this opportunity.

My colleague, Ian Dyer and I went through all of the very early stage companies. And in our service, The $10 Million Portfolio, we’ve issued a special report on graphene that includes four stocks that you can buy into to get into the graphene trend, which is the leading edge of the super materials mega super trend, if you will.

These stocks are very, very small. And, there’s no way that I could give them away in Winning Investor Daily because this goes out to hundreds of thousands of people.

However, if you’re interested in these kinds of technological developments and the futuristic ideas of today — you should check into my Profits Unlimited service where we focus on these types of ideas.

So, that’s my Winning Investor Daily for you this week. It’s about super materials, graphene — very incredible material that I believe is going to radically transform the way we make things, and the way we ultimately use things and change our lives.

I’ll have another Winning Investor Daily or you next week. Until then, this is Paul saying bye!

Invest in a $16 Trillion Windfall

One of the super materials you’ll hear me talk about today is a substance called graphene. In addition to being super light and durable, graphene is also more conductive than any semiconductor on the market.

While graphene used to be too expensive to make on a large scale, the cost is now going down. That means its various applications are beginning to grow.

My research shows that graphene has the potential to disrupt several industries totaling $16 trillion in market value.

My colleague Ian Dyer and I recently put together a special report for The $10 Million Portfolio readers, telling them how to get in on this massive windfall. And while I can’t give away those recommendations here, I can tell you each of those trades are still a great buy.

So, if you’d like to learn more about graphene and the companies making this super material, I suggest you read up on The $10 Million Portfolio. After all, those recommendations won’t stay cheap for long. 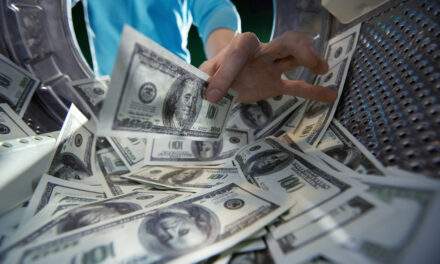