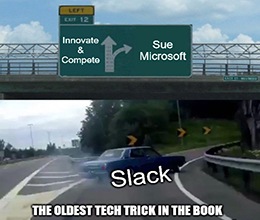 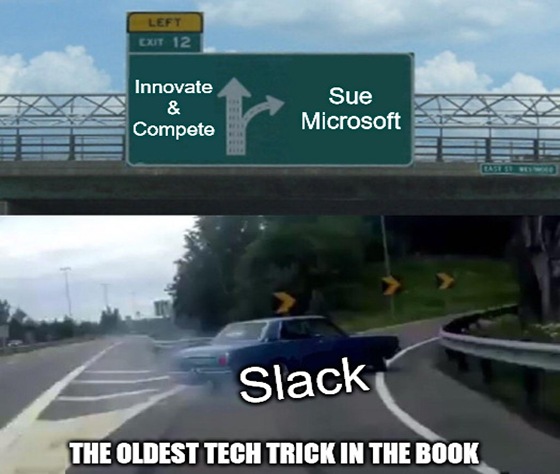 Once again, dear reader, I’m bored with this market.

You should be familiar with Slack by now. If not, this California company provides cloud-based, business technology software solutions. That’s just a fancy way to say Slack lets you directly communicate and collaborate with fellow workers online.

Think instant messaging and videoconferencing … with a splash of file sharing and organization thrown in to make it all pretty.

Slack made headlines today by filing an anti-competitive lawsuit against Microsoft Corp. (Nasdaq: MSFT) with the European Council.

The company argues that Microsoft abused its dominant position in the business software market to push its similar (and bundled) Teams product. Office communication software in my office productivity software? The nerve, Microsoft!

The thing is, Teams wasn’t on the team until after all the hip cubicle kiddies were using Slack to banter workplace ideas, and Microsoft saw a “need” to fill.

Jonathan Prince, Slack’s vice president of communications and policy, even made fun of Microsoft for being late to the game with Teams. Microsoft had produced a weak, carbon copy of Slack, Prince jeered back in May.

The truth is, Teams is a cheap Slack knockoff … one that’s just as serviceable as Slack, and one that Office 360 users don’t have to pay extra for. Whether or not Microsoft’s actions are anti-competitive or not is up to the European Council.

There’s a reason Slack filed this suit in the EU and not the U.S. The EU fined Microsoft considerably before. It will probably do so again, and Microsoft will brush off the cost of doing business.

In short, Slack really needs a win against Microsoft in the EU. And given the EU’s dislike for Microsoft, it could win one sooner rather than later.

The question is, once they have the option … will businesses opt for Slack or keep the Teams together? Or will Zoom (despite its security concerns) prove hipper than either of these warring factions and come out on top?

Microsoft is the clear long-term investment for both stability and returns, while Zoom has been a much hotter short-term investment opportunity. For Great Stuff, Slack just has too much slack to worry about.

It’s only a matter of time before quick and clever upstarts pick up the slack (sorry, not sorry). This “Great American Reset” we’re in separates the weak, inefficient companies, while forward-thinking, innovative companies propel the economy forward.

And it’s investing in those innovators that could do more than double your money — you could triple, quadruple or even 10X your investment in the coming decade.

What’s more, there’s one technology that has the potential to be bigger than computers, the internet and smartphones combined … or so I’m told. 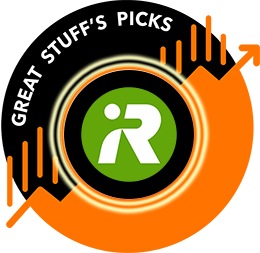 That’s right: two Great Stuff Picks in one month! What a time to be alive!

We have a rare opportunity today that I just couldn’t pass up — iRobot Corp. (Nasdaq: IRBT).

One surprise development of the pandemic is that people like clean floors. Who knew? Instead of using free time to vacuum and clean, consumers snapped up Roombas like hotcakes. (No time to clean! Must binge watch more Netflix and order inane stuff from Amazon!)

Earnings came in at $1.06 per share, rising 325% year over year, beating the consensus estimate by roughly 405%! Revenue rose 7.6% from year-ago levels to beat Wall Street’s target by nearly 6%.

iRobot has now bested expectations in each of the past four quarters — quite a feat considering the mess that is 2020. But, wait … there’s more!

The company also lifted its full-year revenue guidance. iRobot now expects flat to higher revenue for 2020, compared with its prior forecasted loss. Clean floors, people. I can’t stress this enough.

With so much good news, IRBT shares must be shooting the moon right now … right? Nope. The stock quickly dropped 7% following the beat-and-raise quarterly news. And this is where our opportunity comes in.

Investors took profits after this impressive report. I can’t blame them. IRBT is up more than 60% this year — 135% off its March lows. But with iRobot’s strong guidance, there’s plenty more upside to be had.

Furthermore, today’s sell-off is holding firm at technical support near $80. In other words, while some investors are taking profits, others are using this sell-off to buy IRBT at a discount.

And that’s exactly what we’ll do. Given the company’s strong fundamental outlook amid the pandemic and its solid price support following earnings, now’s the time to get in on iRobot. 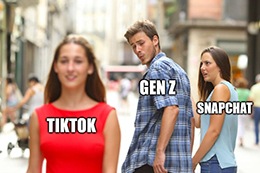 Snap Inc. (NYSE: SNAP) has long been an underdog of the social media space. But Snapchat had one thing going for it: popularity with the young’uns. Eventually, Snap would overcome the boomer-laden dominance of Twitter and Facebook.

At least, until TikTok showed up and threw a China-sized wrench into the mix. TikTok is now the choice of a new generation, and it shows … especially in Snap’s quarterly earnings report.

Snap reported a loss of $0.09 per share on revenue of $454 million. The company is still losing money, but it’s roughly in line with Wall Street’s expectations. However, Snap said that the initial boost it got from stay-at-home orders during the pandemic “dissipated faster than we anticipated.”

Still, the damage is done. Facebook and Twitter have the capital to bounce back from ad and pandemic pressures. Snap? That remains to be seen.

Furthermore, there’s the rising TikTok threat with younger social media users. Snap downplayed the threat, especially in light of a potential TikTok ban in the U.S. The company is even moving to copy some of TikTok’s format.

But, I have it on good authority from my daughters and their friends that, if TikTok is banned, they won’t be switching to Snap. “Too many old people on Snap,” they told me. “It’s creepy.”

Wait ‘till I tell them about China…

Editor’s Note: Three rules. That’s all you need to find which stocks are well-run diamonds in the rough … and which market garbage will disappear like last night’s Snapchats. With these three simple rules, you could see huge gains. We’re talking Alpha-level companies. The best of the best!

Click here to find out how to get your Alpha on now!

The Ugly: The Unfriendly Skies 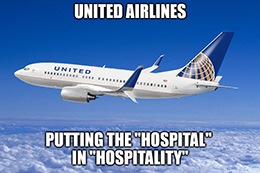 United Airlines Holdings Inc. (NYSE: UAL) just reported what it called “the most difficult financial quarter in its 94-year history.” Given all the bailouts and bankruptcies the U.S. airline industry has seen during this 94-year history, that’s pretty impressive.

But I expected it.

United lost $9.31 per share as revenue cratered 87% to $1.47 billion. The company burned through about $40 million per day during the quarter, but it expects to cut that to $25 million per day in the third quarter.

Furthermore, United said it “…expects to finish the quarter with the lowest average daily cash burn among large network carriers.” Translated, that means “We’re trying to lose the least.”

United said that over 6,000 employees opted for “voluntary separation packages.” That’s fancy talk for “here’s some money, now go away.” The company also warned that it could furlough some 36,000 employees. No fancy talk there.

Despite its best efforts, United still faces slowing air travel demand. There’s no real way around this problem until COVID-19 has a vaccine. Expect UAL to struggle until the pandemic is gone.

No big-name news other than earnings, hardly any sports on TV…

Man, if it weren’t for marble racing on YouTube, I’d have … lost my marbles by now.

It’s time for some stimulation — if not for our media-hungry ears and eyeballs, then at least for our wallets. We’re talking stimulus checks in this week’s poll (again). We’re also talking about the federal back-and-forth on the terms of said stimulus checks (again).

You wouldn’t think it’d be this hard to spend and print cash, but here we are. You can check right here for a Forbes article listing the play-by-play updates, but here’s the rub…

First there were plans for more stimulus, then there were none. Soon, there were some plans, then everyone decided to take a two-week break and stew a bit.

Yes, I glossed over a few points, but my point is asking you this: Do you think Americans should get a second stimulus check? Click below and let us know!

If you missed last week’s poll, we talked about the biotech bonanza of the past few months — especially the race to find a COVID-19 vaccine. Over 56% of you have already invested in a ‘rona-related biotech play, with another 18% just waiting for the right one.

And if a great pick comes along that we like, we’ll share it with you! And either way, we’ll keep you up to speed on all things biotech in Great Stuff.

Great Stuff: Slack off With Us

Thanks to all of you who wrote in with your feedback, questions and stories!

We’re getting ready to unload them in tomorrow’s Reader Feedback issue, and there’s still some time left to drop us a quick line.

Got an idea? Insights? Inquiry? Share it with us!

GreatStuffToday@BanyanHill.com is the happening spot. We’ll see you there! 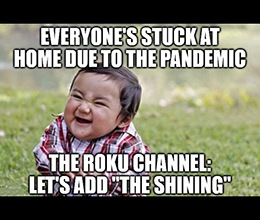 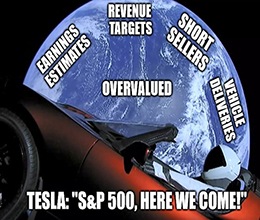