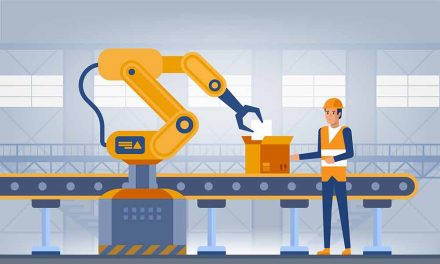 Amber Lancaster: Welcome to this week’s Market Talk. I’m Amber Lancaster, joined by Paul Mampilly and Ian Dyer. Each week we look forward to sharing our viewpoints with you, our readers, and giving insight into what’s on our radar.

Today’s outlook is for the week of April 15, 2019. I’ll begin by sharing with you what I’m watching and then we’ll hear from Ian and Paul. Today I’ll cover three major topics. The first will be my take on the U.S. economic data on the earnings release front. The second will be my story of the week. The third will be the latest numbers on our Disruptification Index.
On the economic data front, this week will be a four-day trading week in the U.S. stock market due to the Good Friday holiday on April 19. Despite an abbreviated week, this week will be full of pertinent economic data releases. The most notable release we’ll keep an eye on is retail sales on Thursday.
The median forecast of economists surveyed by Bloomberg are calling for a 1% gain, followed by a slight decline in February which was mostly attributed to cooler weather and a downtick in building material sales. Since then, we saw a stronger than expected uptick in March vehicle sales.
This shows U.S. consumers are positive on buying large-ticket items and February’s retail sales decline was overstated. Take a look at this chart. According to data from AutoData, auto sales reached a seasonally adjusted annual rate of 17.5 million in March, up from 16.6 million in February.
This is the highest reading in three months. It’s also worth noting that, since its recent low in 2009, U.S. auto sales are up 93%. So, in all, U.S. consumers continue to spur growth in the U.S. economy and we anticipate retail sales will reflect this data in upcoming releases.
Now here are the other key economic releases in this condensed week ahead. As you can see in this graphic, industrial production’s month-over-month reading will be released on Tuesday, April 16, at 9:15 a.m. On Wednesday, April 17, February’s trade balance report will be released at 8:30 a.m. and wholesale inventory month-over-month reading for February will be released at 10 a.m.
As previously mentioned, retail sales advanced month-over-month for March will be released on Thursday at 8:30 a.m. Also on Thursday, we’ll have a March print for the Leading Index at 10 a.m. Rounding out this week, we have housing starts for March released on Friday at 8:30 a.m.
It’s also a big week for earnings releases. Check out this list of earnings releases for this week of top U.S. securities. We’ll see releases from 51 companies in total, just through Thursday. Those companies include Johnson & Johnson, Bank of America, UnitedHealth, IBM and Pepsi Co.
My story of the week focuses on a company that’s described as the leading provider of automated multiplex molecular diagnostic testing systems. The company, GenMark Diagnostics, is making news because it’s on an FDA-approval winning streak that’s worth noting.
Today, the company announced it has received FDA 510(k) market clearance for its ePlex Blood Culture Identification Gram-Negative Panel (BCID-GN). An example of this panel is seen in this image. This is the third ePlex BCID to receive FDA clearance during the past four months.
Now, what makes ePlex so special?
Say, for instance, you or a loved one is rushed to the emergency room with symptoms that appear to be sepsis. Sepsis is a potentially life-threatening condition caused by the body’s response to an infection. GenMark’s proprietary ePlex system aims to help clinicians identify bacterial and fungal organisms as well as antibiotic-resistant genes within approximately 1.5 hours of blood positivity.
This allows treatment decisions by doctors to occur days earlier than with conventional methods. Per the company, GenMark’s ePlex is designed to optimize laboratory efficiencies and address a broad range of infectious disease testing including respiratory, bloodstream and gastrointestinal infections.
Turning to our Disruptification Index, this chart and graphic shows it continues to do well year to date. As of Friday, April 12, close, the Index is up 25% versus 13% on the Dow and 16% on the S&P 500.
Lastly, I’m going to end my segment by saying happy Tax Day to those of us who are paying a tax bill today. I have a set of nice freebies and treats for you. Check out this screenshot from USA Today. They have a list of nearly 40 freebies being offered by local restaurants, stores and travel sites today. You can find this list by searching for “Tax Day freebies” on the USA Today website.
That’s it for me. Ian, what are you watching?

On a macro scale, I want to go over a couple things that happened last week. On Thursday, the PPI number came out. This measures the price of goods and services that companies are charging. This was up 0.6% in March.
This can usually be tied to some sort of inflation forecast. However, a big part of this number comes from food and energy. With oil up about 14% over the past month, we don’t believe this is going to have any huge impact on inflation.
Overall, inflation has stayed pretty flat around 2%, give or take 0.1-0.2%, over the past couple years. This is a remaining a healthy environment. Low inflation means interest rates will remain low, which means there’s a healthy home-buying market. We’re still seeing big wage growth at 3.2%, which is the highest we’ve seen since the 2008 crash.
Things are looking really good. People are making more money at a faster rate and the prices of things are going up. We don’t believe this PPI number is going to have much affect on inflation at all. With the consumer staying healthy and the real estate market staying healthy as well, this is turning out to be a great year so far for the economy.
On Friday, it got even better with the jobless claims number at 196,000. This is the lowest number for any week since 1969. It’s about 50 years since we had a number that low. Of course, back then there were a lot fewer people in the workforce. That makes this even better. The jobs market is healthy, the consumer remains healthy with high wages and the real estate market — with low inflation and low rates — is going to continue to be healthy as well.
For the week, in terms of disruption, I want to talk about the current state of robotics. 2018 was a huge year, especially in the U.S. where we brought in a record 35,880 robots to work in the United States. In the meantime, unemployment fell from 4.1% to 3.7%. We created 2.7 million jobs in the past year.
While there’s been a lot of speculation and a lot of forecast recently about robots ruining the workforce and causing a crash in the economy, we’ve seen the complete opposite so far. Of those 2.7 million jobs, 1.6 million were in key industries like manufacturing, construction, education and healthcare.
These were the biggest four job growth industries we saw over the past year. Right now, on the flipside there is a decline in the number of retail workers. There’s been about a two-year downtrend in this. There’s a supply crunch. These companies really can’t find steady work.
This is an area where robotics can really thrive. We’ve seen Walmart recently state they are adding 4,000 robots to their stores to do typical, mundane tasks like polish the floors and scan and sort inventory. This is a good sign because that means that people are getting a higher choice in what they want to do.
We’re not seeing jobs being filled in things like polishing floors when people don’t really want that job. We’re seeing people get their pick of what they want to do in this economy. The jobs market is remaining very healthy.
There was a recent survey taken by thousands of companies all over the world by a group called Manpower Group. 87% of those companies said they are looking to expand or maintain their current level of workforce because of automation.
Automation is not taking jobs, it’s actually increasing them. Companies are finding ways to have their people work alongside robots, rather than having their jobs taken. These companies are really progressive and innovative. They are finding ways to grow despite the increase in automation. And 83% of these companies also said they are…taking people who already work there and are teaching them skills the robots can’t learn, while the robots do administrative tasks or things it takes people a little longer to do.
It’s more efficient because they have computers doing human’s jobs where the people are moving into more specialized roles that require more critical thinking and management. Rather than being displaced, we are just finding new jobs for workers. There’s a shift rather than an uprising from the robots overthrowing the things how we know them.
Despite all the forecasts that say this is going to happen, we see the complete opposite so far. We see robotics and automation as actually a good thing in the jobs market because it can clear room for higher-potential jobs and more specialized skills that people can learn and do these jobs alongside the robots.
That’s all I have for this week. Paul?

Amber: Thank you, Paul and thank you, Ian. Fascinating information as always. Thank you to our watchers for tuning in this week. We hope you have a wonderful week and we’ll see you again next week. Until then, take care.

Conventional wisdom tells us that robots and automation are stealing jobs from workers. However, recent data tells us that’s clearly not the case.

Today, a record number of robots are being used in businesses across the U.S. Yet on Friday, it was reported that jobless claims dropped to 196,000 — the lowest number for any week in the past 50 years.

That’s because robots aren’t taking people’s jobs. What we’re really seeing is employees working alongside robots. And 87% of companies said they’re looking to maintain or expand their workforce because of automation. 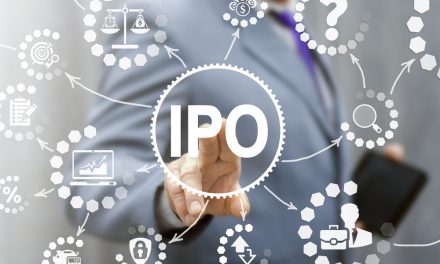 The IPO Boom: Profit From the Going-Public Trend 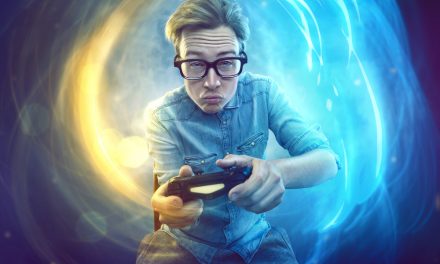