Home » Investment Opportunities » Robots: Coming to a Store Near You

Robots: Coming to a Store Near You

If you go into any factory today, you’ll see a lot of robots. You know this already because I’ve been telling you that the robotics field is one component of the Internet of Things mega trend. So far, however, you most likely haven’t seen any robots come into places like restaurants, stores, hospitals, airports or other service points at businesses where we expect people to deal with humans rather than machines.

But I believe that’s all about to change.

And that’s because my research shows that service-ready robots are already being introduced into these areas … and their rollout is beginning to accelerate.

That means, one day soon, you’re going to walk into a store and be shocked to be greeted by a robot instead of a human being. As this natural progression occurs, the stocks of companies that make robots are going to rocket even higher than where they are today. And I have one way for you to get in on this growing trend.

You can buy the Robo Global Robotics and Automation Index ETF (Nasdaq: ROBO), which owns most of the robotics companies around the world.

I first told you about this exchange-traded fund in December of 2016, and since then, this ETF has surged higher by an incredible 21%, all due to the increasing use of robotics. In fact, in comparison, the S&P 500 has only gone up by a meager 6% in the same period. 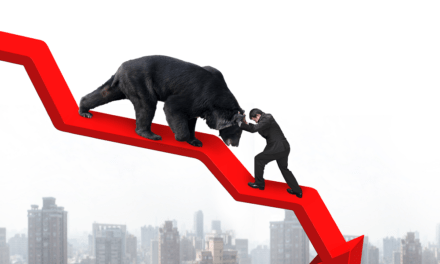 How to Not Be Naked and Afraid in Bear Markets