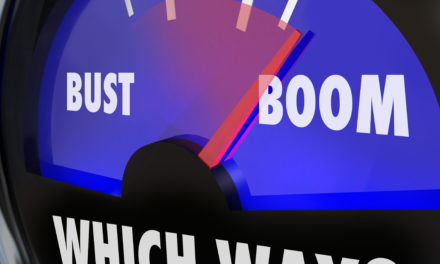 In today’s Bold Profits Daily video update, I take a closer look at the real factors driving our historic economic boom — despite the media headlines.

Here’s why now’s a great time to get into the stock market:

Hey everyone. This is Ian for Bold Profits and welcome to your Friday market video. This week I want to talk about the fear that’s been engulfing the markets basically because of a recession people think is going to happen in the next year.

We saw the same thing happen last year. We’ve seen this a number of times since the 2008 crash. Even in 2010 and 2011 we were still seeing new recession fears come up. This is nothing new, but it’s still scary to see when it’s all over the media, all over the internet and there’s so many headlines about it.

Then there was one on CNBC that they’ve been pumping up for the last week and a half. Ray Dalio, who is the manager of the biggest hedge fund in the world, came on their show and said there is a 40% chance of a recession before the next election, which is 15 months away. By the way, he said 40% this time, he said 35% back in February.

So he raised his percent chance of a recession even though there’s less time and there’s more data coming out that supports the complete opposite. I want to remind everybody there was also something back in 2016 — and this is a good reason why you can’t trust these headlines.

There was something from J.P. Morgan, the biggest bank in the U.S., that said there was a 92% chance of a recession happening over the next three years. That came out in February 2016. Look at where we are now. The economy is even stronger than it was back then.

I want to talk about some things that a really important company for our economy just said in their quarterly earnings call. That is a time when you can hear the most primary source you can get — company management — talking about how their business is doing, how they think they are going to do in the near future, how the economy is going and things like that.

Target is one of those. Retail is important for the economy. Consumer spending makes up two-thirds of the economy. Target said that their ecommerce sales were up 34% over the past year. Over the past two years, they saw the biggest two-year sales growth in more than a decade. The consumer is healthy according to Target.
It’s also healthy according to Walmart who saw ecommerce sales go up 37% year over year. Walmart explicitly said they don’t see a recession on the horizon. We are hearing from some of the biggest retailers in the country that you have to take these claims and headlines with a grain of salt.

We believe in favor of the people who are managing these companies rather than people who are managing money. Some other ones I noticed were Home Depot and Lowe’s for home improvements. This is something that’s sensitive to the economy because if you are worried about a recession or there is a recession, you’re not going to take out a home-improvement project because they’re expensive.

Home Depot and Lowe’s both saw surprisingly good sales, better than management expected. Home Depot explicitly said the consumer in America is still healthy and they believe that’s going to be the case for the foreseeable future.

The consumer is one aspect of the economy. Another is the housing market. Real estate is another big piece of the U.S. economy. With Home Depot and Lowe’s we get into it from the consumer point of view, but I also looked up some home-building companies. One of the biggest in the country — Pulte Group — reported good sales.

Another company called LGI Homes that they believe from their experience so far this year that they are seeing healthy demand in the housing market this year as well. They cited interest rates being lower as part of that. That makes sense because if interest rates are lower you are more likely to take out a loan.

The two biggest home-building companies in the world both said the same thing. They said the number of homes they are building can’t even keep up with the pace for the demand people are showing for new houses. They can’t build houses fast enough. The housing market is solid, it’s growing extremely fast. The consumer is healthy. People are spending money. The economy is going well.

Part of that is also unemployment. The rate we see in the headlines of 3.6% is called U3. That’s the main way we gauge unemployment in America. It was 3.6% a couple months ago and now it’s up to 3.7%. It’s not a big deal, not a reason to worry.

The last time it was below 3.6% was 1952. We’re right next to 67-year lows for unemployment. That’s incredible. Another metric I like to use for unemployment is called U6. It takes even more people into account that don’t have jobs. It takes into account people who have stopped looking and underemployed people.
U6 is sometimes referred to as underemployment index, whereas U3 is the unemployment index. U6 is at 7% and that’s a 19-year low for that. We’re seeing unemployment across the board extremely strong. That’s contributing to the growth and productivity we are seeing in the economy.

We think right now is a good time to get into the market because there’s so much fear. It’s not pricing in the kind of growth in the economy that we see happening over the next couple of years. We don’t even think that you can predict a recession at this point because things are going so great.

My millennial topic for this week is something that is overlooked for the millennial generation. A lot of people probably think the opposite, but we really are obsessed with saving for retirement. We want a secure retirement, we want to retire early and we want to relax when we’re old. This is something I’ve noticed from a lot of millennials I know personally.

It’s something that if you look at these surveys online they all agree this is the case. One of them defines millennials as between 19 and 40, which is a wide age range, said that the average millennial starts saving for retirement at 24. That’s earlier than Gen X at 30 and Baby Boomers at 35. According to this survey, on average we have $23,000 saved.

That’s more than double Gen X and Baby Boomers. So we’re more willing to save, we save more and more of us are saving at younger ages.

Another one I want to bring up is one that defined millennials at 19-34, which in my opinion is a better age range. This one is a little more accurate in my opinion. It said that overall the number of millennials with $10,000 or more in savings has gone from 29% to 43% just in the past year. A lot of millennials are taking this seriously.

We want to save as much as we can while we’re young. That other survey that said the average age where we begin to save for retirement is 24, I think that’s pretty accurate based on what I’ve seen from people I know and have talked to. That 29% to 43% in a year with $10,000 saved, we’re almost caught up to Gen Z and Baby Boomers.

Gen Z was around 53% and Baby Boomers were a little over 60%. We’re doing this at a young age. We’re getting ahead of the curve. Actually, 82% of millennials according to that survey were actively saving for retirement either using retirement accounts or investing on their own. 82% is amazing to me because we’re so young.

Eight out of 10 millennials you come into contact with are saving for retirement. This is great. 36% had more than $50,000 in savings, which is amazing too. Really, the best was that almost 25% have more than $100,000 in savings. This generation is doing something that hasn’t been done by a young generation before.

That’s because we have experienced the Great Recession while we were young and in college and trying to get into the job market. We don’t want that to happen to us again. We want to save as much as we can as soon as we can so we’re secure at an older age. We saw our parents go through this and we got to watch it happen and we learned from it.

As a result, you’re seeing more tech come up. Things like Acorn and Stash that you pay for things with a credit card, the apps see the transactions, round them up to the nearest dollar and they invest that spare change. People love it. Millennials love it. It’s great because it encourages saving for retirement.

We also see Robinhood, a popular way to buy stocks now especially for the millennial crowd who likes to use apps. You can buy and sell stocks on there for free. Personally, about everyone I know who is a millennial have their own money on the side they are putting in Robinhood.

We are starting to see this technology unfold that encourages saving. From what I’ve seen, they don’t like to write about millennials in a positive view for a lot of stuff. This is one thing that we’re really good at. It’s hard to deny when you look at this data that we’re going to be prepared for retirement and we are going to be contributing to the economy.

As this generation makes more money, saves more money and puts it back into the economy later, it will continue to drive growth. Overall, the message we want to send is that this market is not in any sort of peril that we see in the foreseeable future. Longer term, the millennial generation, we believe at Bold Profits, is going to be able to support the economy for years to come.

That’s all I have for this week. Happy Friday and enjoy your weekend. This is Ian Dyer for Bold Profits.

One driver: new fintech apps that make it easy for millennials to save for retirement.

Check out my video here to see my take on what this means for your investments. 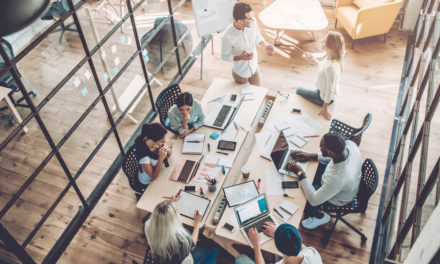 2 Stocks for Investing in the Coworking Revolution 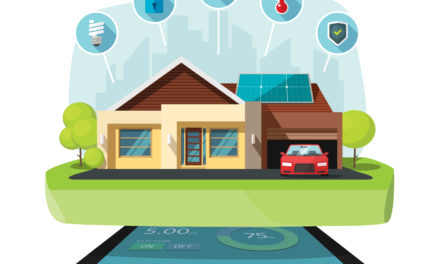 Why Energy, Housing and Retail Stocks Will Bring You Triple-Digit Gains