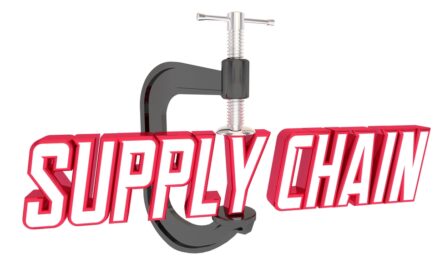 In my opinion, we are NOT experiencing inflation right now, despite what you might hear in mainstream media.

Are the eggs at the grocery store more expensive today? Yes. But it’s not because of inflation.

Looking at the bigger picture — the macro level — here’s what I see is actually happening.

I even dedicated the next issue of Profits Unlimited to this topic … with three new stock recommendations that could fix this problem and usher in America 2.0.

Click here to see how you can get this newsletter.

It all comes back to a supply chain bottleneck and the solution is… Watch my Bold Profits Daily video and find out!

Bear me out as I talk you through my view of what is going on currently and why I disbelieve in this idea, even though there is actual pain if you go to the supermarket or anyplace else where prices are rising. This is not actually inflation in the way I understand it.

From the way I look at it, what’s going on now is you are seeing a series of price increases associated with just about everything. You could be going to the grocery store and the cost of eggs might be 15% higher. I saw an article recently talking about how the price of firewood is going up.

There’s a number of reasons provided. People say people can’t afford to heat up their houses using natural gas and they are swapping it out with firewood. I actually don’t think most people are setup to do this, so I doubt this is an explanation. It sounds pretty good in an article.

Stocking Up On Inventory

The old way of doing things was based on something called just-in-time inventory. In other words, everything was shipped just in time for you to make the things. So, if you were a car company, you would never keep any inventory of extra parts to make cars.

Instead, they would constantly be shipped from Europe, Asia or anyplace else on a regular basis. In other words, no one had any excess stock. This was done in the name of financial efficiency and has been going on for 30 or 40 years. It started in the 80s as America companies tried to copy what the Japanese were doing.

As the world shut itself down for more than a year and then slowly reopened, you started to see shortages happen at the base level where they were making the initial parts and then it started to transmit itself to what is being referred to as the supply chain crisis.

You are seeing this roll through again and again. It’s also affecting the transportation system. If you go out let’s say one, two or three years, just think about what people’s response is to all this. What are people doing in their houses? They are stocking up on a lot of things because people are anticipating that prices are going to rise.

What’s going on at the companies or stores? They are also stocking up because they don’t want to have a stock-out situation where they lose a customer. At every level, people are starting to increase their inventories. Quite predictably, you can imagine what’s going to happen in two or three years.

Everybody is going to have too much stock. Simultaneously, countries like the United States and companies that operate in it are saying the Just-in-time model has too many issues. They want to reshore 10%, 20%, maybe even all the production of various parts and bring them back to the U.S.

People want more certainty around their supply chain where they can have it more on hand. Other companies are going into a vertical integration where they are taking over the various parts that go into making whatever it is they do. There’s a lot of responses going on.

Those responses are all deeply deflationary. The reason for that is that when companies go to reshore production in the U.S. or any place they will do that, what are they doing? They are taking a lot of money and spending it on innovations like the Internet of Things, artificial intelligence, 3D printing.

Like so many other new ways of doing things that are exponentially more productive and efficient than the old ways of doing things like lathes and mills versus 3D printing. That’s deeply deflationary. No one is going to put up a new plant and use technology from 20 or 30 years ago.

They are going to use state-of-the-art modern ways of doing things that are so much more productive, efficient and cheaper than the old ways. As this unfolds, what you are starting to see is a more rapid substitution effect as people start to invest in new technology that is deflationary.

While the current period of what people are calling inflation is painful, especially if you are buying those things where the price has risen a great deal, the response to it by companies is going to be quite deflationary to the point where you could see a severe price collapse in the old world companies that make some of these goods whose prices have inflated higher.

In other words, as a result of lifting prices they have created the competition that is going to destroy those price increase and the market for that. It will be substituted by companies that are making things using America 2.0 technologies that cut costs down, make it more efficient and in a much more productive way.

Looking At The Bond Yield

Bottom line to me, if you go and look at the best way to determine if there’s real inflation, which is the 10-year bond yield, you will see while the 10-year bond year has risen from the low, it is still where it was two or three years ago.

That’s really my way of looking at inflation today. Inflation today is really as a result of the lockdowns that every country around the world implemented in 2020 and into 2021. To some extent, they are still implemented from time to time when people are fearful that COVID is going to become a major issue in their country.

It snarled up the supply chain where everything was used up and nobody made anything for a year. It transmitted itself every step of the way. That, in turn, locked up the transportation markets, particularly shipping where you couldn’t get things shipped in the timeframes you wanted.

The price of shipping has skyrocketed. However, the long and medium-term impact is this massive substitution effect of technology that is coming in to address this. It’s deeply deflationary and also benefits our companies. We are invested across the board exclusively in these America 2.0 technologies.

That’s really where the money is flowing into to solve this problem. That’s music to the ears of anybody is subscribed to the companies in our services. It means that looking out into 2022, 23 and forward, it means rising sales growth and rising sales.

Also, more and more demand for the stocks of these companies that either make the technologies or implement them. I am very bullish, very optimistic, very positive on our companies, America 2.0 companies, Fourth Industrial Revolution companies.

In my judgement, they represent the solution to these price rises that the media is calling inflation. That’s my video for this week. Come back next week where I’ll have another for you. Until then, this is Paul saying bye. 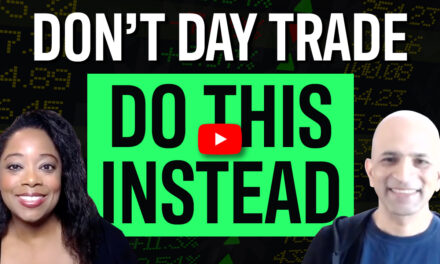 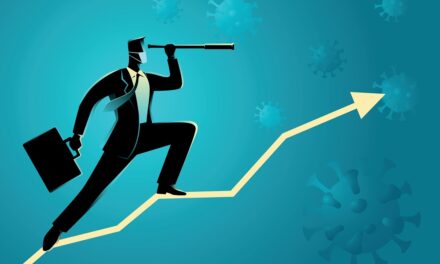 Welcome to the New Normal