The Industrial Sector Is Set to Rally Higher 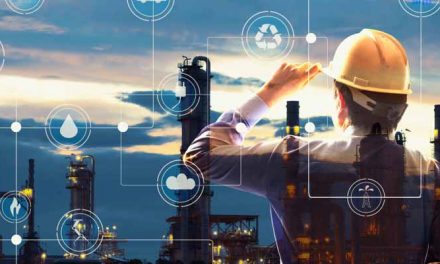 “How can you be so optimistic when everyone else is telling us that the world might be about to end?”

People have been asking me this same question ever since stocks started to fall back in October.

Readers couldn’t believe that I recommended they stay in the market. They called me crazy when I told them to double down.

But the thing is, all signs have pointed to the fact that our economy is strong and growing. And a recent piece of data published by the Federal Reserve proves what I’ve been saying these past three months.

I talk more about this data point in this week’s Bold Profits Daily update and tell you the best way that you can take advantage of this news.

Hi, this is Paul with your Bold Profits Daily.

This week, I want to answer a question that I got all through the market sell-off that went on between October and December.

And that question was: “Hey, Paul, why are you so optimistic when everyone else is telling us that the world might be about to end? The markets are crashing. People are calling for the next great depression. Why are you still optimistic?”

In this Bold Profits Daily, I’m going to tell you why I stayed optimistic through the fourth quarter of 2018, even as markets were going down in a straight line. And then I’m going to tell you about a piece of data, of information, that came out today — which is Friday — that shows you that this indicator says that it’s still going up, which is a great sign for the markets.

Then I’ll tell you about a sector for you to invest in that will give you direct participation in this.

So, let’s first get to why I stayed positive through that horrendous, horrible sell-off we had in the fourth quarter of 2018. And also, in a related way, why we’ve seen an immediate snapback.

So, take a look at this chart. This chart comes from the Federal Reserve, and it shows you the five-year Industrial Production Index. So, what is industrial production, and what does this index measure?

If you start to see industrial production starting to roll over — meaning, it’s starting to go down like this [motions downward] — it means that we’re starting to make less things.

And why would that be? It’s because we’re starting to demand less things. And it’s, in general, because people already have enough. They no longer see any more need for it because their markets are no longer expanding.

As a result, now they’re going to stop ordering it. And that has a knock-on effect throughout our entire economy that eventually ends up in unemployment and all these different places.

So, for me, the one macro indicator that I always make sure to keep track of is this Industrial Production Index. And if you go back and track it, you can see that, over time, industrial production anticipates recessions by some period of time.

It’s never one quarter, or one month. It’s usually in excess of three to four quarters. In other words, it’s a flattening out, and then it sort of rolls down. And if you look and see, you’ll see that over the last five years, this actually bottomed out in the middle of 2016.

Since then, it’s actually been going up. And this morning, on Friday, we actually got an update that said industrial production in the United States grew by 0.3%. For the fourth quarter, it was up 3.8%.

So, if you were looking at the stock market, you would say that some number of people really thought that industrial production was going to go down and sink, and might even come as a negative number. And if that were the case, that would be a sure sign that our economy is weakening — that there’s a weakening trend, and that there’s trouble ahead.

So, this morning’s release said that not only is industrial production growing, it also said that the manufacturing part of our economy is actually growing really strong and contributed 1.1% to the quarter.

This is the reason I’ve stayed optimistic through the fourth quarter.

If you remember, I also made a video telling you to buy an industrials exchange-traded fund (ETF). Clearly, that was poorly timed, because what happened right after I told you to buy it? It went down with the market because people were fearful that everything was going to become weak and problematic.

However, I would tell you that because industrial production is strong — as you’ve seen from the historical chart — this ETF is still a buy.

Second, after getting the latest piece of information saying that manufacturing is strong, industrial production is strong and that the auto-manufacturing sector is actually back in growth mode, that’s another great sign.

I’ll also say this, which is that there are early signs that the United States and China want to come to a deal. With that, you would see manufacturing and industrial production surge higher. And this ETF would take off.

So, I’m going to tell you that the industrials are a great place for your money, where you can make some incredible money really quickly. Especially because industrial production is still going up, which is telling you that our economy is still in good shape.

The latest update says that nothing has really changed. What happened with the stock market in the fourth quarter hasn’t really changed anything in respect to what people are doing with their companies in terms of industrial production and manufacturing — another great sign.

Third, there are early signs that a deal is likely coming between the United States and China, and that would really surge the manufacturing and industrial economy. That would make this ETF — which is the Vanguard Industrials ETF (NYSE: VIS) — go up.

That’s my Bold Profits Daily for you for this week, which is that the industrial economy, the manufacturing economy — which is ultimately what really matters for overall economies — is still strengthening.

It’s still going up. And with a trade deal, it could surge higher. To benefit from all that, you would buy the Vanguard Industrials ETF (NYSE: VIS).

I’ll have another Bold Profits Daily for you next week. Until then, this is Paul saying “bye.”

Profit From the Economy’s Growth

As I explain in today’s video, a strong economy is measured by how much we create and consume.

Right now, we’re in a period of high growth. And that means our industrial production is way up.

For this reason, the industrial sector will continue to experience high growth. Especially if a deal gets negotiated between the U.S. and China, which looks like it could happen at any time.

To take advantage of this potential growth surge, I recommend buying the Vanguard Industrials ETF (NYSE: VIS). This exchange-traded fund (ETF) is a collection of the hottest industrial stocks on the market.

VIS took a hit when the market went down last quarter. That means you can buy it now at a discounted price.

This ETF should make for a lucrative portfolio addition now that stocks have begun to rally.

That’s all I have for this week. However, I’ll be back next week with another Bold Profits Daily. 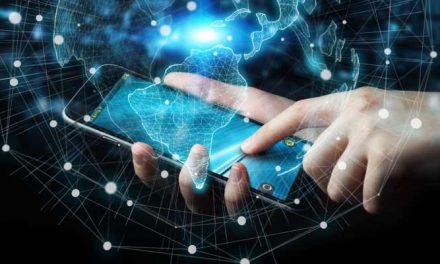