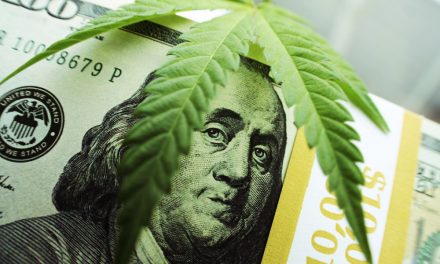 In 2013, I was a junior in college. And I was trying to figure out how to become a millionaire.

The first place I looked was pot stocks. After all, Delaware, Connecticut, New Hampshire and Illinois had just made medical marijuana legal.

And more importantly, it was legal in Colorado and Washington on a recreational level.

All of a sudden, marijuana became the hottest place to invest. I bought into companies like Hemp Inc. (OTC: HEMP) and SK3 Group Inc. (OTC: SKTO), which were in the middle of thousand-percent rallies.

Long story short, I took some big losses. But more importantly, I learned to research companies before investing in them.

That sounds simple. But it’s easy to get caught up in the hype.

So, after my losses, I stayed away from marijuana stocks for a long time.

Now marijuana has become a legitimate industry. There are clear leaders with amazing growth, even companies that are valued in excess of $10 billion.

And although people might be quick to write that off as a sign we’re in a bubble, there’s clear demand for these products. That’s shown by the extreme sales growth that this industry is experiencing.

Back in 2017, the sales of the top four public marijuana companies totaled about $103 million. This year, that’s expected to go up all the way to $942 million.

These companies are in a race to build the biggest facilities and capture as much market share as they can. With demand rising all over the world, that’s not an easy task.

Top executives haven’t been afraid to comment on the severity of marijuana demand, either. Back in February, the CEO of one of the most prominent cannabis companies in the world said: “I lose sleep over our ability to supply this global cannabis market.”

And just last week, another CEO of a multibillion-dollar cannabis company went on record saying: “The industry continues to struggle ramping production in the existing regulatory environment.”

Some of this growth is due to recreational marijuana being legalized in Canada, the home of most industry leaders. However, a booming medical marijuana market is going to have an enormous effect on demand as well.

Between June 2015 and May 2018, the number of medical marijuana patients in the United States grew from about 24,000 to over 2.1 million. And that was just in the 32 states where it was legal.

Since then, Oklahoma has legalized it for medical use as well, and there are already more than 70,000 patients there who use it.

A huge driver behind this growth has been baby boomers.

Because of its effectiveness to treat age-related illnesses such as chronic pain, over 90% of senior citizens said they would recommend marijuana to friends.

Keep in mind that there are over 75 million baby boomers in the U.S. That’s a huge market. And as marijuana becomes legal in more places, we’re going to see the number of patients grow at an exponential rate.

Another huge step for the marijuana industry came from the Food and Drug Administration (FDA).

Last June, a drug with an active marijuana ingredient was approved for use in all 50 states. The drug, called Epidiolex, is used to treat two severe epilepsy disorders in children. And after five years of clinical trials, it’s considered the best in the market.

The same company has another drug called Sativex, another marijuana-based medication, which is used to treat several symptoms of multiple sclerosis. It has been approved in 25 countries around the world, and it’s in the final stage of tests to be approved in the U.S.

Aside from these drugs, marijuana is being tested to treat many other diseases. The list includes anorexia, Alzheimer’s, glaucoma, Crohn’s disease and even cancer.

And despite the FDA approving a marijuana-based drug, marijuana itself remains on the Schedule 1 list of banned substances in the United States. That means there are no federally recognized medical benefits.

However, this discrepancy can only last for so long. And once it’s legalized on a federal level, the marijuana industry’s growth is going to ramp up even more.

How to Profit From the Marijuana Boom

At the beginning of the year, marijuana stocks rallied about 50%. However, demand dried up a bit, and they’ve come back down.

So if you’re looking at this as a long-term investment, now is a great time to buy in.

And if you’re looking for a smart way to do so, I’d recommend the ETFMG Alternative Harvest ETF (NYSE: MJ).

With this exchange-traded fund (ETF), you’re investing in 39 companies in the industry. That makes it an easy way to spread out your money into dozens of opportunities.

And for more info on how you can trade a stock’s rebound and make a fortune, sign up for Paul Mampilly’s Rebound Profit Summit by clicking here.

Editor’s Note: Paul’s strategy grabbed an 82% gain on Ford in 17 days … a 50% gain on Caterpillar in 13 days … and even a 75% gain on Zillow in just seven days. And that’s just the beginning. Paul’s so sure you could win big with his strategy, he’s willing to guarantee it. He’ll explain everything on May 29 at 1 p.m. EDT. Click here to sign up now. 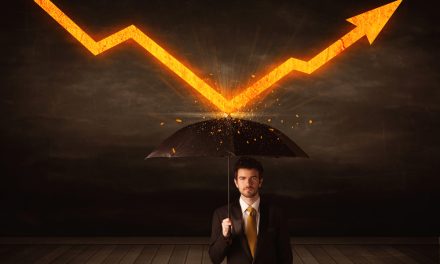