The Pandemic Retirement Surge Isn’t Over 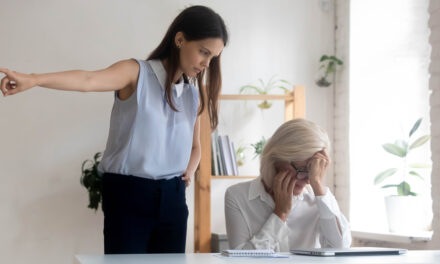 The COVID-19 pandemic has been devastating for every demographic.

But one group has been hit particularly hard: older workers.

When businesses shut down in 2020, employees ages 55 and older were often the first ones to be cut.

And older people have the highest risk of developing severe symptoms from COVID-19.

So, it’s no wonder that the number of retirements surged during the pandemic, according to a new study by the Schwartz Center for Economic Policy Analysis. 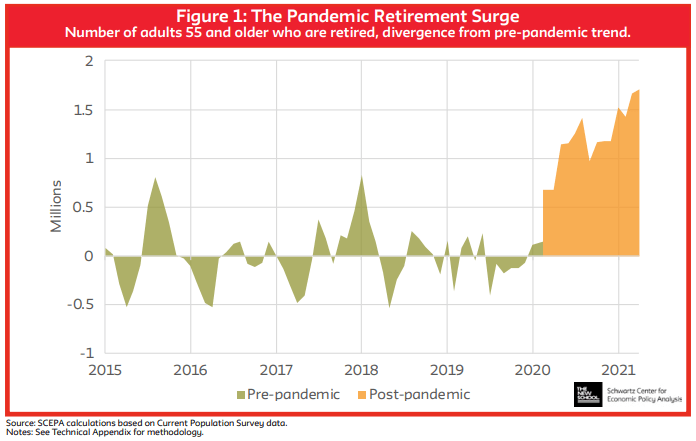 As the chart shows, at least 1.7 million older workers chose to retire ahead of schedule because of the pandemic.

Sometimes, early retirement is the only realistic option. But it can also have huge consequences for your financial goals…

Are You Ready for Retirement?

On average, Americans believe they need at least $1.7 million in savings to retire, according to a survey by Charles Schwab.

But the Schwartz Center’s study shows that the typical worker isn’t financially prepared for retirement.

Working households ages 55 to 65 with a college degree have a median retirement savings of only $167,000. That’s not nearly enough.

But the numbers are much worse for households without a college degree. Their median savings are only $9,000.

According to the Bureau of Labor Statistics, retirement costs nearly $50,000 a year on average, which includes housing, transportation, groceries and health care.

These are just averages, though, and some households are more frugal than others. But how long is $9,000 really going to last?

The Key to the Retirement You Deserve

But retirement could come sooner than you expect.

That’s because age discrimination laws may not actually protect your job.

A 2009 Supreme Court ruling says that older workers need to prove that their age is the only reason they were fired.

Employers can come up with any excuse to lay off older workers. So, Americans ages 55 and up need to rely on their investments more than ever.

Fortunately, Ian King has your back.

After 20 years as a stock market professional, Ian is finally ready to reveal the dirty little secret that Wall Street doesn’t want you to know.

In his brand-new report, he explains why this secret is the key for you to start building the retirement you deserve.

You can find out more by clicking here. 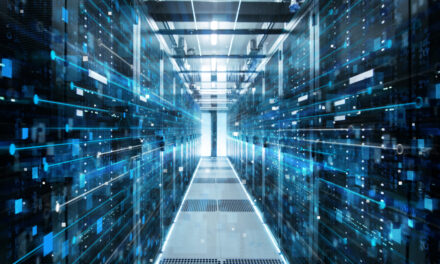 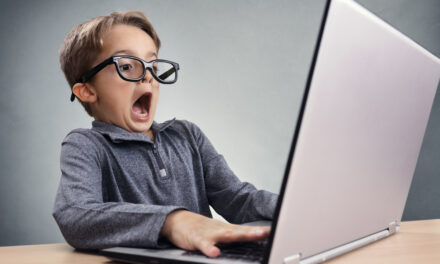 The Worst Trades We’ve Ever Made