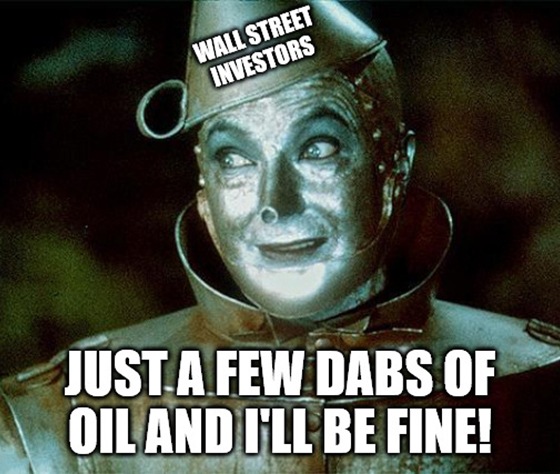 Much Ado About Nothing?

For the past several days, Wall Street fretted over plunging oil prices. Well, Wall Street was concerned for a while … the financial media just decided it was finally time to take notice.

In classic financial media form, however, it appears that the hype surrounding negative oil prices actually prompted a near-term bottom. Oil surged more than 30% today, as the practically undeliverable May futures contract cycled out and the June contract rolled in.

First, tensions are once again ratcheting up in the Middle East. After Iranian ships buzzed U.S. Navy ships in the Persian Gulf, President Trump tweeted: “I have instructed the United States Navy to shoot down and destroy any and all Iranian gunboats if they harass our ships at sea.”

Second, the U.S. Senate just passed a new $484 billion pandemic relief bill. And to think that I wasn’t stimulated enough this morning!

The new bill allocates about $320 billion for the Paycheck Protection Program — you know, the one that was supposed to help small businesses but ended up going to publicly traded companies like Shake Shack Inc. (NYSE: SHAK) and Ruth’s Hospitality Group Inc. (Nasdaq: RUTH)?

So, not to worry. Everything is all hunky-dory now…

With crude oil rallying again, it begs the question: Was the oil panic a false alarm?

Let me answer this as simple as possible: This was no false alarm for oil.

Demand is in the toilet. It won’t come back for months — even if the U.S. economy suddenly reopened tomorrow.

What’s more, investors apparently believe that there will magically be somewhere to put the stuff once June rolls around.

In other words, we’ll likely see another crunch in oil prices when the June futures contract nears expiration.

I’m not predicting negative oil prices again — fool me once, yada yada yada — but there will be another reckoning.

But, Mr. Great Stuff, you said yesterday that there would be “amazing investment opportunities” in oil!

I did, and there will be. But only if you’re patient.

The best thing you can do right now is stay the course and be discerning in your investment strategies.

How you choose to weather the pandemic storm will make all the difference. I mean, you can choose a ready guide in some celestial voice … but you have better things to do with your free will.

When it comes to commodities, Banyan Hill’s own Matt Badiali has the answer. Not only is he a geology genius in his own right, but he led subscribers at his previous research firm through the financial collapse of 2008 … and showed them some exceptional gains.

Matt just released a brand-new interview where he reveals his entire process for finding winning stocks. Like I told you yesterday, these outrageous oil market days are separating the wheat from the chaff in the commodity world. So, Matt’s timing couldn’t be more perfect.

Click here now to see how Matt’s research can help you choose a path that’s clear. 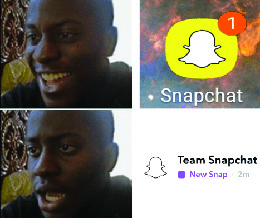 Like the crack of the whip, Snap Inc. (NYSE: SNAP) attacks … front to back.

After reporting Street-beating earnings and revenue, Snap has the power today. The company reported a narrower-than-expected first-quarter loss on revenue that surged 44% to $462.5 million.

But daily user engagement was the real story for Snap. Daily active users rose 20% to 229 million, beating Wall Street’s target. Snap also projected an 18% rise in daily active users in the second quarter. Snapchat usage soared by 30% in the final week of March, the company said, with its Snap Camera app seeing a 30-fold increase in daily downloads.

However, there was a caveat to this otherwise rosy report. According to CEO Evan Spiegel: “While many advertising budgets declined due to COVID-19, we experienced high revenue growth rates in the first two months of the quarter which offset our lower growth in March.”

Did you catch that? “Offset our lower growth in March.”

That’s right. Even Snap is quietly warning that the pandemic could result in lower revenue going forward. While user growth was impressive, investors will want to think hard before chasing SNAP’s 25% rally today.

Going: Hey All You Cool Cats 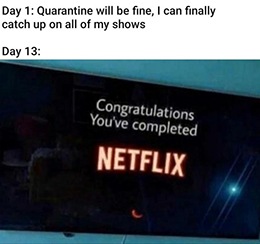 Now, a beat was expected, and analysts steadily lifted their subscriber count estimates over the past month, but the results were somewhat astounding. For the quarter, Netflix added 15.77 million paid subscribers. That’s more than double the company’s own projections for 7 million new subs.

The company downplayed the explosive growth, noting that “progress against the virus will allow governments to lift the home confinement soon.” Because of this, Netflix projects only 7.5 million new subs in the second quarter.

However, Netflix’s financial figures soured the subscriber growth reports. Specifically, earnings missed the consensus estimate by $0.08 per share, and revenue of $5.77 billion was in line with Wall Street’s targets. 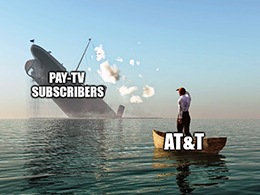 How do you lose streaming subs in a quarantine?

The report’s only bright spots were better-than-expected earnings and growth of 163,000 postpaid wireless phone customers. However, earnings only beat on an adjusted basis, excluding COVID-19’s impact on operations.

That impact? A 12% decline in WarnerMedia revenue, largely due to an advertising drop for CNN and TBS. The NCAA tournament’s cancellation also hit AT&T’s ad revenue hard.

But it’s not all bad…

AT&T finally leveraged all that WarnerMedia content goodness. The company’s new streaming service, HBO Max, will launch on May 27. HBO Max boasts more than 10,000 hours of premium content from both the HBO and Warner Bros. catalogs.

If AT&T handles this launch right, it could help turn things around for the debt-laden pay-TV dinosaur.

Snapchat, Netflix, rogue telecoms trying to get hip … it’s an entertainment exposé today at Great Stuff. But now, we’re passing the remote to you, to mix metaphors.

It’s time for you to spill your guts and speak the truth (and nothing but the truth) in today’s Poll of the Week!

How are you staying entertained during quarantine? Take the poll below and let us know!

(Psst … if you have a hankering to spin the yarn, always feel free to write us an email. You can reach us any time of day or night — you know … because that’s how online communication works. It’s 100% free and always will be, because nothing’s freer than speaking your mind. Once again, that’s GreatStuffToday@BanyanHill.com.)

That’s a wrap for today, but remember: You have just one more day for your email to appear in this week’s edition of Reader Feedback! (You know … because that’s how our weekly Reader Feedback features work.)

In the meantime, please do take care of yourself out there, dear reader! We here at Great Stuff sincerely hope you’re hanging in there. You can always catch us on social media: Facebook and Twitter.