Home » Great Stuff » No Nikola Nonsense; Vanuatu, How About You? 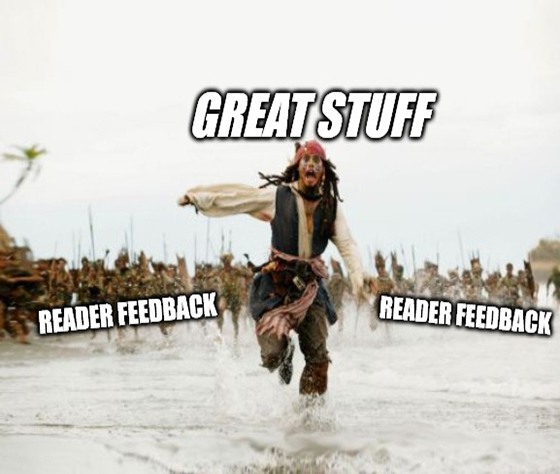 I have to say, y’all are simply amazing. Great Stuff readers are the best around. I put out a call for you to email us at GreatStuffToday@BanyanHill.com and fill our empty inbox … and you responded in spades.

Seriously, we’re drowning in digital discourse in the best way. Thank you!

I’ll kick things off today by tackling your most asked question: What’s the deal with Nikola Inc. (Nasdaq: NKLA)?

For the record, Great Stuff Picks officially recommends you sell NKLA today. We’ll get to why a bit later. But for now, here’s what you had to say on Nikola:

Looks like an analyst at Banyan Hill trashed Nikola today. The trend doesn’t look good. What say you?

Now that Trevor Milton has stepped down from NKLA, will that be enough to save the company from the accusations of fraud? I’m guessing not.

Following your advice, I bought NKLA. Now that the chairman stepped down and the stock is down 20% today, plus your colleague Ian King is now AVOIDING the NKLA, do you still think NKLA is a good buy? Shall I dump it at a loss? Please advise. 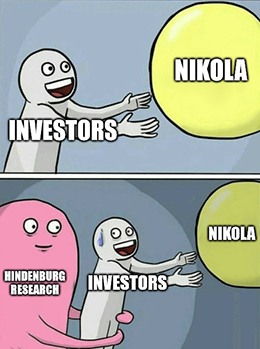 First things first, here is the Nikola trashing Art talked about. The article is written by Banyan Hill’s own Nicole Zdzieba, who is part of Charles Mizrahi’s Alpha Investor team. It’s a good read, and I encourage you to take a look.

Now, I have great respect for Nicole and Charles Mizrahi’s research and analysis. You won’t go wrong by following Charles’ advice. Seriously, check out Alpha Investor if you haven’t already.

However, it’s important to note that the focus of this trashing was former Nikola CEO, Trevor Milton. As Nicole points out, Milton was at the center of Hindenburg’s takedown of Nikola.

According to the short seller’s report, Milton misled partners, staged a video of a nonworking prototype (which investors reportedly knew about) and “laid the groundwork to extract hundreds of millions from his company.”

As John K. points out, it wasn’t just Nicole bashing Nikola. My colleague Ian King, editor of Automatic Fortunes, also took a shot at the company, as did Ted Bauman, editor of The Bauman Letter, in this article.

Heck, even Wedbush Analyst Dan Ives (no relation to Banyan Hill) came out yesterday and downgraded NKLA from hold to sell while slashing his price target from $45 to $15.

But, while my colleagues here at Banyan Hill all focused on Milton’s poor leadership and market speculation — both points that I readily agree with and have listed as concerns for Nikola before — Ives takes a different tack altogether:

Some of the eye popping battery innovations coming out of Tesla … looking to reduce battery costs well below the $100 [per kilowatt-hour] threshold, this potentially changes the game with further price parity on the EV front and throws a wrench in the [return on investment] story around hydrogen fuel cell vehicles over the long term.

Of course Ives would talk about Tesla Inc.’s (Nasdaq: TSLA) new batteries. Ives is a Tesla fanboy and was quick to come out and defend the stock after “Battery Day” fell flat with investors.

But Ives and many other analysts miss a rather big part of the electric vehicle (EV) picture. EV batteries may never truly work for long-haul trucking — something that Nikola knows and is trying to solve.

You see, EV batteries are heavy. And the more power you need, the bigger and heavier the battery. When you’re already hauling big loads (my inner 14-year-old just giggled), the last thing you need is big, heavy batteries.

But don’t just take my word for it. Both Bill Gates and Goldman Sachs see the problem EVs face — and the opportunity hydrogen presents.

This is why I was excited about Nikola in the first place. They have the technology and ingenuity to solve this problem, given enough time and the right partner. General Motors Co. (NSYE: GM) is that partner, but Nikola is pretty much out of time. (Thanks, Trevor!)

I still believe that Nikola will accomplish something great in the hydrogen power market, especially with GM onboard. Together, those two can solve the issues surrounding hydrogen power and create a true rival for Tesla.

I even expected NKLA stock to rebound from the Hindenburg disaster and Milton’s exodus. Given the increasing aversion to risk in the market, however, that rebound is going to take a lot longer to materialize.

So, while I still believe in Nikola’s long-term outlook (especially now that fraudster Trever Million is out of the picture), now is not the time to be placing or holding risky long-term bets in the market.

Now, let’s get right to answering your emails! If you haven’t written in yet, drop us a line at GreatStuffToday@BanyanHill.com. We don’t bite … unless you ask nicely.

The shine of a clean, up-to-date inbox…

It frees my doubtful mind and melts my cold, cold heart. But wholesomeness and Hank Williams aside, it’s time once again we dive into that rat’s nest of greatness that we all know and love.

Off the bat, I should address that I appreciate your concern on Nikola. If for some reason you skipped right to this section to see the hydrogen-fueled $#!% fest, go back and check above first.

Also, Fabrice, we aren’t currently hiring for a senior mechanic, but we appreciate your CV nonetheless, I guess. And our team’s francophone actually felt useful for once.

See Through the Canopy 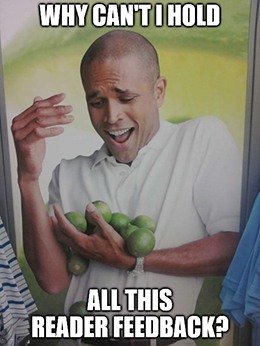 I’m still using or holding the same CGC stock. I know that it will eventually give some very good returns. The question is when?

Welcome to pot stocks, David! Where everything green is red and profits don’t matter. Until they do. Which is … all the time, no? Didn’t we just go through this on the Nikola front?

Anyway, my reaction to your email is the same reaction I had to reader Bob who asked about predicting bottoms.

There’s no crystal ball here, my friends. The cat would’ve knocked it off my desk by now. Everyone in the coven’s using crystal skulls now. (Bob, get with the program.) Today, my Spidey senses say: Stop figuring out the short term and look beyond. Cryptic, I know, but you asked.

David, the question truly is “when?”

When will pot stocks turn a profit? When will Canopy get its leadership sorted out? When does a big player just sweep through and buy out the sector?

When will we learn why nobody’s buying a metric crap ton of legal weed on lockdown?

Is it something to do with that skyrocketing unemployment, fiscal uncertainty, lack of consumer confidence and other assorted chaos? My vote’s on that, granted many of these pot stocks weren’t even profitable before the lockdown stone down.

Rather than more stimulus wouldn’t the country be better off using that money for infrastructure … providing funds to fix roads, bridges and power grids?

So … um, Ross? Government spending on infrastructure is stimulus. Granted, it’s not the kind of “stimulus” everyone is thinking of right now, i.e., the “money in your pocket” version. But, prior to this year, infrastructure spending was widely recognized as stimulus spending.

The fact that we’ve let that slip in favor of cash in hand is so 2020.

But, let’s break down the many shades of stimulus, shall we?

Ideally, stimulus supports the American consumer. Those who need help staving off eviction or piled-up bills aren’t rushing out to buy new anything right now in favor of the essentials, and that’s bad for the U.S. economy.

Now, what a lot of folks weren’t talking about during that whole simmering summer stimulus saga was the other other stimulus check: House bills pushing for more infrastructure funding.

But don’t worry: That whole “fix the roads” thing will have to wait until after the election … if anyone still remembers it.

Am I an infrastructure expert? Clearly not.

What do you think of the near future performance or prospects of (GE and Deutsche Bank)?

Though, when we last covered the stock, we talked about the long-term collapse of GE’s weak aviation and power businesses. Then there was that JPMorgan analyst who said that GE was only using a rosy-ish outlook for next year to keep investors from fleeing.

But short term? You’d be gambling on a gambler’s guess.

Seeing as virtually any company can emerge from obscurity and rally against all odds these days (ahem, Kodak), I won’t declare that you wouldn’t be able to trade it short term and profit. It’s choppy, but if you’ve got put options, time and some nerve…

And as for Deutsche Bank, I’m not touching it and you can’t make me.

We are reading you loud and clear from way down here in the Southwest Pacific nation of Vanuatu, enjoying its 40th year of Independence and still COVID-free thank you.

Yesterday I volunteered for the vaccine trials for COVID-19, held in our local hospital… The vaccine is one that was created in Russia.

I received my first shot yesterday at 4:00 pm, and I wanted to let you know that it’s completely safe, with иo side effects whatsoeveя, and that I feelsh я чувствую себя немного странно и я думаю, что вытащил ослиные уши.

My Russian is a little bit off ever since “The Incident” … but what was that about donkey ears?

Glad you’re holding down the fort in Vanuatu, Pete. Maybe we should do a few remote, on-site issues of Great Stuff down there. You know, for research purposes…

You all went for broke (and speed) this week in the inbox, but don’t let the hot streak end there!

We still have a bajillion more weeks of Reader Feedback in our neverending quest to hear from each and every one of you. So, why not scribble a message our way for next week?

We’d love to hear from you!

GreatStuffToday@BanyanHill.com is your stomping ground to rant about and question the market as you see fit. (Psst, and don’t forget the “Today” part in the email — it’s crucial.)

We’ll catch up with you in our next installment of Reader Feedback! 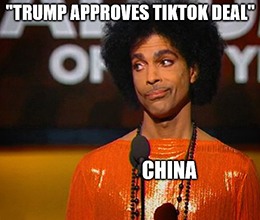