Why New-World Stocks Will Thrive Amid Market Volatility 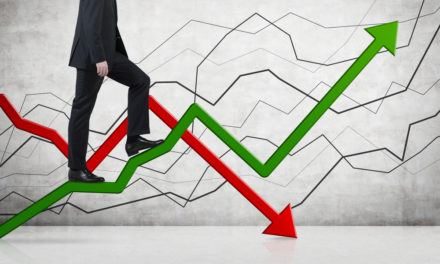 Yes, the market has been extremely volatile.

But something is happening behind the scenes that Paul and I are watching.

If you look at the Dow Jones Industrial Average’s lows versus the Nasdaq-100 Index and smaller companies being up the past couple of days, it’s clear to see that investors are turning to new-world stocks.

Instead of betting on a bounce for the old-world blue chips of yesterday, we have a better option for you.

Check out this week’s IanCast below and find out how Tesla, bitcoin and pot stocks are faring during this market volatility:

I’m sure a lot of people will have seen what the market did on Thursday and said to themselves: “Is this for real?”

There are times where the market has gone up and then gone straight back down.

But right now there are signals, even as the market has been going down, that the buyers are coming back in.

We may be getting very close to the bottom.

We aren’t calling a bottom, but we’re getting close.

Everyone all over the world is uncertain. Businesses are shutting down and the old way of working is ending. 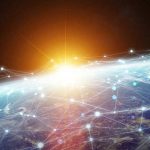 Out of this event will come an even greater separation of the old world from the new world.

There’s a big difference between the Dow and the Nasdaq right now.

The Nasdaq has been up the past couple of days; rebounded Wednesday afternoon and was up by Thursday.

The Nasdaq has not reached that level.

Online stocks and eCommerce companies are doing well. Zoom, which we use for video conferencing, is doing well, even in this market selloff. That’s what we’re seeing in the market. Again, it’s the differentiator.

Companies like Boeing and ExxonMobil are falling 60-70%. We believe that our stocks are the stocks of tomorrow. Semiconductors, solar, even homebuilding stocks and e-commerce stocks are going to be the ones to lead this rally back up.

We’re well prepared in what we have in our portfolios for the coming rally once the market bounces back.

The S&P 500 has too many old world stocks in the top 20 and the investor base is a little older.

The Nasdaq 100 is also filled with old world companies like Delta Airlines.

Even companies like Microsoft and Apple. Though they are not old world stocks, they have not innovated in a long time. 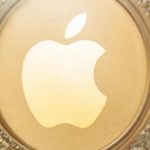 Apple is spending a lot on things like buybacks that don’t improve the company. This is an old world mindset.

Meanwhile, smaller companies are in growth mode and have fast-growing demand for their products.

These companies are putting as much money as possible back into their business to grow and meet that demand. A lot of these old world companies are, like Apple, buying their extra stock with their own cash.

Without price increases, Apple would not have rising sales. All they have done is lift prices up year after year to keep that. The company spent $160 billion on buybacks over the past 3 years.

Just an example of how old world companies function.

So Where is The Bottom? 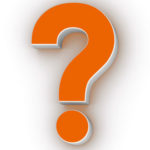 People who want to call the bottom are actually going to miss where the action is, which is in the Nasdaq Composite.

There are a few new world companies on the NYSE, but most trade on the Nasdaq Composite.

The Nasdaq Composite is the thing to watch today, rather than the Dow and the S&P 500.

People who are trying to call the bottom on the S&P 500 are going to miss the first big part of the move to a new world mindset.

Today, the Nasdaq Composite is up more than 2%.

For that to grow, a lot of small companies have to grow.

Remember, Apple is a massive company and Apple did not go up today, which tells you the smaller companies lead today. That’s a great sign.

A new cycle is beginning.

Old world companies that have dominated the S&P 500 are going to start slipping down the ranks in the next 2 years.

In 3 to 5 years, you will look at the indices and wonder, “What are these companies and where did they come from?” In the long term, the vast majority of people are going to look at ExxonMobil and see the transition from a carbon-based model is unfolding.

The market is starting to price that in.

There are no straight lines ever in investing or any market, but given what we’ve seen with the Nasdaq Composite leading, all of those are indicators that this bounce — we can’t guarantee it — looks like it will continue.

How is Bitcoin Fairing Now? 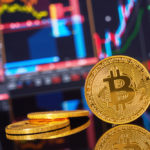 Bitcoin also crashed during the panic.

The crash was likely due to the increased leverage in Bitcoin. Investors who took out debt to invest in the cryptocurrency.

BitMEX, one of the biggest Bitcoin exchanged in the world, let investors buy 50 times margin Bitcoin.

Basically, investors could buy $50 worth of Bitcoin with $1.

People were putting thousands and thousands of dollars into that. That’s just asking for trouble.

When bitcoin dropped, all these people now owe the companies money, which in this market is not good.

Now we’re starting to see investors buy back into Bitcoin and it’s almost twice as much per coin as it was at the bottom of the collapse.

We’re still bullish on Bitcoin. The people who own it and didn’t have it on margin didn’t sell it. A lot of these trades test you emotionally and financially.

The Federal Reserve is cutting rates to zero and flooding the market with liquidity and the U.S. government setting up a series of legislation to send cash into the economy.

Some of that money will go to Bitcoin.

Are Cannabis Stocks Are Bunt Out? 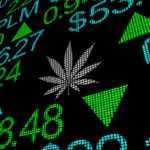 However, nothing has changed in the cannabis sector. Rather, this drop is just collateral damage from the market.

There is still huge demand for marijuana, both recreationally and medicinally. Now is a very good time to buy long term.

These marijuana companies are being valued so low.

Pot stocks aren’t going to have to be bailed out by the government.

They aren’t anywhere close to that level. Their businesses are fine.

Sector growth took a hit because they aren’t growing at any price anymore.

It’s going to bring in more demand in the long run. The prices right now are super low and it’s a very good time to buy.