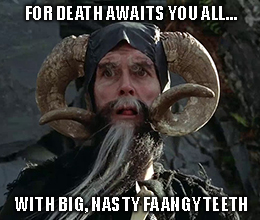 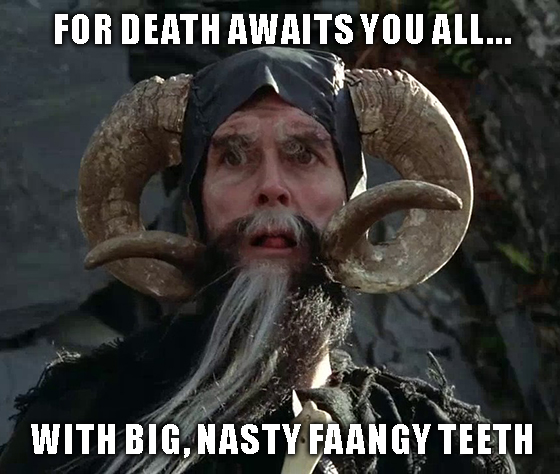 Before we get started today, I want to remind you that Great Stuff will be closed on Monday, January 20. It’s Martin Luther King Jr. Day, and the market is closed. I’ll be enjoying my day off, and I suggest you do the same!

With the pleasantries out of the way, the talking heads on Wall Street are trying to scare you again.

Yesterday, we covered the latest “clear danger sign” on how overpriced initial public offerings (IPOs) cost investors lots of money (Duh!) and how this would end the bull market (it won’t).

Today, Credit Suisse has a list of “10 possible shockers for 2020” that could end the market as we know it. I have to hand it to Credit Suisse — that’s a really catchy phrase. And it covers all the bases too. Everything from China’s “triple bubble” to a U.S. market melt-up and crash to a European credit crisis … it’s all there.

And it’s all hype!

These types of articles are the financial world’s “reality TV.” There’s just enough “reality” in them to pique your interest, but they’re ultimately scripted entertainment. They might as well predict an asteroid impact, the arrival of the singularity or alien contact.

However, these articles aren’t completely worthless. The fact that enough bull market skepticism still exists to elicit such articles is a very healthy thing indeed.

Do you remember any hint of negativity before things went horribly wrong? The bears were all but silent, weren’t they? In fact, the financial media in both of those periods were ridiculously, over-the-top bullish. The mere suggestion that something was wrong was enough to get you more than a few sideways looks and a heavy dose of the hairy eyeball.

So, if you really want to know when the bull market will end, take a look around at the major financial headlines. If no one’s worried, you should be. If no one’s predicting doom and gloom, start prepping that bunker. It’s called “the calm before the storm” for a reason.

Until then, let’s enjoy reading all the entertaining ways this bull market is going to die a horrible, bloody death … all while bringing home the bacon.

No. 1: Your Earnings, You Will Not Need Them 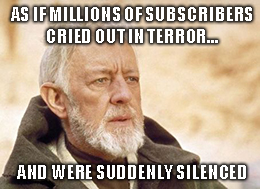 I’m sure you’ve noticed, but earnings season is in full swing on Wall Street. There are some really big names on the docket, but next week belongs to Netflix Inc. (Nasdaq: NFLX).

If you’re interested in the numbers, the consensus expects Netflix to earn $0.50 per share on revenue of $5.44 billion. The Earnings Whisper number (Shhhh!) comes in at $0.58 per share.

Beating expectations by $0.08 per share would be nice, but I doubt that would mean squat to Wall Street. It’s all about the subscriber numbers for Netflix.

The arrival of The Walt Disney Co.’s (NYSE: DIS) Disney+ and the proliferation of numerous other streaming services make subscriber growth more important than it’s ever been for Netflix. What makes this quarter even more crucial is that subscriber growth is already slowing, climbing only 21.4% in the last quarter.

Netflix expects year-over-year growth of 19.2% for the fourth quarter. If it hits that target, things should be OK. Not great, but OK. It’ll need greater growth than that to justify the $17 billion it’s spending on content this year.

All in all, beating or matching earnings expectations and in-line subscriber growth should be good enough for a minor NFLX rally. Anything less, and it’s watch out below.

No. 2: The Trillion-Dollar Club 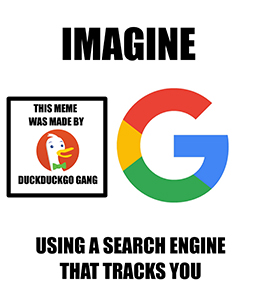 Surprisingly, the company achieved this feat amid rising antitrust scrutiny and founders Larry Page and Sergey Brin stepping down. Despite these headwinds, analysts believe there’s even more upside.

Now, I like Alphabet’s prospects … but we have to call a spade a spade here. This is an advertising company. Google search, YouTube and even Gmail are all based around advertising income.

None of these units operate without competition. They’re all vulnerable. Even Google search will face disruption if users realize just how easy search is these days (or they actually start caring about data privacy).

Furthermore, I personally have no confidence that any Google product will be around for long. The company has a habit of killing off services that I use, including Google Music, Picasa, Google Cloud Print, Hangouts, Nexus, Zeitgeist … the list goes on.

In fact, Google has killed 194 services, apps and hardware devices.

The problem is that Google likes to experiment and then kill off unnecessary expenditures — after it gets people hooked on those services. With Page and Brin leaving, this should be less of an issue, as these two were infamous for letting pet projects run wild. But I’d like to think that Google users will eventually get tired of being exploited for their data … or at least, I hope they will. 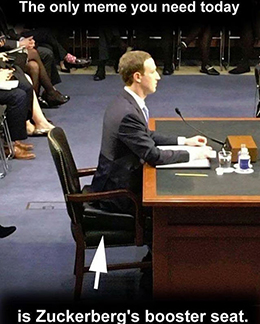 Speaking of antitrust concerns for Big Tech companies, Facebook Inc. (Nasdaq: FB) is being sued for conducting “the most brazen, willful anticompetitive scheme in a generation.”

Boy, are those guys mad! And they have reason. Two (Cir.cl and Beehive) are kaput, while Reveal only survived due to a Rhapsody buyout in 2015. (Side note: Rhapsody is now a music-streaming service called Napster, of all things.)

How is Facebook a monopoly? According to the plaintiffs, the company’s planned integration of WhatsApp and Instagram will achieve that goal. Doing so “would increase the cost of switching to a rival social network.”

To halt this monopolistic activity, the lawsuit calls for CEO and Chairman Mark Zuckerberg to sell his majority stake in Facebook.

Honestly, this lawsuit will likely go nowhere. But we can add it to the “Sue Facebook” list, which includes investigations by the Federal Trade Commission, the U.S. Department of Justice, the House Judiciary Committee and a group of state attorneys general.

That’s quite a parade, and it begs the question: “Just how bulletproof is Facebook?” 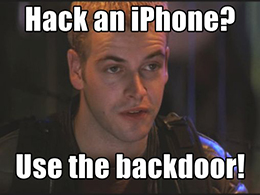 Right now, Apple Inc.’s (Nasdaq: AAPL) iPhones are arguably among the most secure devices on the planet. But that could all change if President Trump gets his way.

The president has called on Apple to unlock iPhones used by the suspect in December’s Pensacola Naval Air Station shooting. This week, Trump tweeted: “We are helping Apple all of the time on TRADE and so many other issues, and yet they refuse to unlock phones used by killers, drug dealers and other violent criminal elements.”

The problem here is a delicate one. Sure, Apple would like to help, and it provided access to Mohammed Alshamrani’s iCloud account and other documentation. However, in order to give the government access to the iPhone, it would have to break iOS and create a backdoor.

Doing so would not only create a backdoor for Alshamrani’s iPhone … but all iPhones. Every. Single. One. Including yours.

Now, if we all trusted our government to act in good faith all the time, this might not be a problem. But we don’t. And we shouldn’t.

What’s more, what if the government “lost the keys,” so to speak? Every hacker on the planet is salivating over the potential for an iPhone backdoor.

This won’t sit well with some of you, but I applaud Apple’s privacy efforts here. I’ve not been a big fan of investing in Apple because it lacks innovative products. But if the company becomes even more of a leading data privacy specialist, that’s a big deal.

In a future where Big Data is the new currency, that is a very big deal indeed.

Love them or hate them — and it honestly depends on the day — Big Tech companies such as Google and Facebook are here to stay (probably).

But buying Big Tech stocks? Well, who wants to be the investor who bought in at all-time highs? (Or a company with questionable personal data policies?)

Here’s the thing: As Big Tech gets even bigger, it creates an all-new mega trend in its wake … and Banyan Hill’s own Ian King is on the case.

When you consider that over 325 million new devices (such as laptops and smartphones) go online every month, Big Tech creates Big Data. I mean, 90% of all the data in human history was generated in the last two years.

So, instead of chasing trillion-dollar stocks, Ian found one little-known data company that helps make Big Tech’s innovations possible. Google, Amazon and Microsoft shell out for this company’s data analysis … and for good reason.

If you click here now, you’ll learn how you could profit as this one stock helps build the trillion-dollar Big Data market from the ground up.

That’s all for this week. Remember: There’s no Great Stuff on Monday. But don’t fret, you can get more meme-y market goodness by following us on Facebook, Twitter and Instagram! 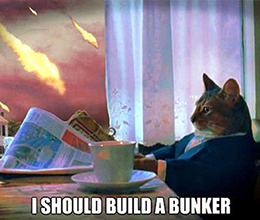 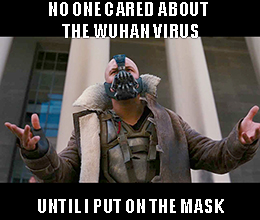