Why Invest in Precision Medicine?

Precision medicine is THE revolutionary mega trend that’s changing the world. This is a HUGE, phenomenal investment opportunity which is why we’ve added exposure to all of our portfolios. 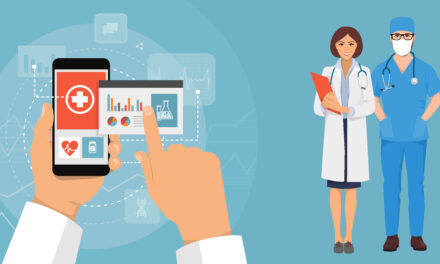 When I lived in New York City, I would get sick all the time.

Sometimes for months on end!

But there’s one thing I wish I had back then to help me get better faster — precision medicine.

It takes your personalized medical data and gives doctors the best look at your whole self — which can get you the best treatment based on your genes.

And avoid the terrible side effects that can come from trial-and-error health care.

This is a HUGE, phenomenal investment opportunity which is why we’ve added exposure to it in all of our portfolios.

And you can invest in this revolutionary industry now. Watch this:

Hey everyone. This week I want to give you an introduction and update on a theme we are all in on across all our services I am involved with. If you are in Profits Unlimited, you have exposure to this particular theme. Exact Sciences is a great example. That is the theme of precision medicine.

It has a lot of different parts to it. I was trying to make some notes and you can see it’s a big mess. There’s so many moving parts when you try to break down the idea of precision medicine. I will try. If I get myself a little spun around, cut me a break.

It’s a big idea that’s revolutionary. It’s changing the world ever so slowly. The first impact of it we’ve seen with these incredible vaccines that Moderna and Pfizer Biontech have delivered to us in record time that work in an unthinkable number of people relative to the previous generation of vaccines.

The Moderna, Pfizer-Biontech vaccines work in something like 90% to 95% of people. Go back and research any previous vaccine, they don’t even get anywhere near that. Let me get back to the subject of this video: precision medicine. From the way I look at it, precision medicine is really about two things.

The Use Of Personal Medical Data

The first one is the use of personal medical data to come up with your particular reactions, day-to-day fact pattern of your health. It gets recorded over time by your interaction with your doctor or physician. If you go to clinics or hospitals, it’s all being recorded a little at a time.

It’s now capturing your history. It’s self reported sometimes, but also as a result of various tests that are being done. Now you have a big data set of your personal health. It now comes up with behavioral factors. In other words, things you are doing in your life that might become problematic from a health perspective.

Or environmental factors. For example, where you live or what circumstances you are being exposed to at work, home or something else you do that is causing health issues in your life. This is something a doctor can access to use to determine a diagnosis.

That is happening increasingly through algorithms where things are scored relative to your data. We can now look at the data of millions and millions of people and there are patterns that repeat themselves for people who have common factors or have common environments, behavioral tendencies.

This then allows for the creation of systems of diagnoses which are far more accurate than the old way where you talk and someone listens, then relative to the exposure they have had to someone like you that has had similar symptoms, the likelihood of a good diagnosis increases.

However, if the person you are speaking to has never encountered your particular symptoms, then the likelihood of a misdiagnosis increases. To reduce that, we need better diagnoses. For that, we need more data, information and patterns to connect to each other.

Then we have a substantial database of information as a result of the HIPAA Act that was passed that was passed nearly 20 years ago. We now have a lot of information. When a doctor is presented with a particular issue, there are lots of precedents to determine what’s the most likely symptom.

We are going to increasingly automate this as we introduce artificial intelligence (AI). It will sort through those factors and make that judgment. Already we are seeing the diagnosis is far better than the old way. It has a 60% or 70% likelihood of getting it right versus a number that no one quite knows.

We have seen it in these few cases where people have gone and looked back. It does look like the diagnosis is as much as 30% or 40% more accurate. That’s a huge benefit to us as people to get more accurate diagnoses so your doctor knows what is actually wrong with you. At least it’s a higher probability of knowing that.

The Use Of Genetic Data

The second element of precision medicine is the use of genetic data. In the late 1990s, we decoded the human genome. We are all constructed as a result of various genes expressing themselves.

We decoded this and we now have it to the point where you can go to sites like 23 and Me and for $100 you can have your genetic traits read and reports sent to you. The price of this continues to go down. The long-term benefit of this — and we’re in the early stages of this.

I’d say we’re in year five or seven. Many people are still not really seeing it and exposed to it. However, the long-term benefit is when you combine it with an accurate diagnosis like I was talking about earlier, the reality of genetic data is that the vast majority of it is similar.

However, the differences that are small are quite meaningful. Once again, when you go back and look at data and information and match these small differences to people’s reactions, their side effect profile, how fast they recover, how much they recover, now you can create a system to prescribe the right medication for each person relative to their genetic data.

That’s the essence of precision medicine. One is using information, data and AI, which is a fancy way of saying sophisticated analytical techniques to build algorithms to have better and more accurate diagnoses when you go to any healthcare facility.

Second, once you get that, you actually get prescribed a drug that has the highest likelihood of working in you with the lowest side-effect profile. Depending on how good the drug is — some simply slow disease and others are curative — you actually get whatever it is that will help you in the best way, the fastest with the fewest side effects.

Many people will say, “Paul, this all sounds very weird. No one can really tell you anything.” I would tell you that people who dismiss the promise of precision medicine are going to miss out, whether it be from a healthcare perspective or from an investment perspective.

Wellness is the essence of humanity. Anyone who has gone through this pandemic and has been sick for a period of time know that if we don’t have healthcare, we have nothing. If you are not healthy you can’t enjoy life. Personally, when I used to live in New York I used to be unwell seemingly for months every year.

When I had the flu it would last weeks and weeks. Gratefully, since I’ve moved from there I have been more well more often. I have felt the benefit of that. I am much more productive. I am much more capable as a person by being well. I’m not constantly having a sniffly nose or a headache.

I had all these symptoms that were problematic. It turns out, living in New York was difficult for me, but I did not know that at the time. When we forfeit our health we are giving up a significant part of being a human being. The benefits of that right now are incalculable because we’ve never had a world like that.

It’s mind boggling. The impact per person is small but it would be huge. The second thing many people will say, “Now you’re starting to be more practical,” for the vast majority of people the first drug they are recommended doesn’t work. Anyone who has studied clinical trials is not surprised by this.

Our standards for clinical trials are quite low. If it works in something like 30% or 40% of people in the clinical trial, most likely it’s going to get approved by the FDA. If we didn’t have these standards, we would have almost no drugs. The vast majority of drugs work in almost no people.

You are going to have to go through a trial and error process to figure out which drug is the right one for you. This is letting go of the issue of misdiagnoses. Truthfully, until you have a big data set no one can really go at that problem. However, the issue of being forced to try a lot of drugs before getting the right one has a significant problem.

The bad drugs may have terrible side effects. Some of those could be permanent. Having the ability to actually match the drug to you based on your genetics and healthcare profile has huge benefits.

That goes to the next point: Healthcare spending is so big.

It’s so controversial now. A significant number of bankruptcies are driven by healthcare. Many people simply can’t afford the drugs that are out there. When you go look at the combined impact of misdiagnoses, people getting the wrong treatments, what you have is healthcare spending that is growing at a rapid rate.

I didn’t look this up but I believe it’s in excess of 30% of our economy today. It’s a huge number. It’s debilitating. For each of us to spend 15%, 20% or 30% of our incomes on healthcare just to stay well, I believe in the long term it will create a massive problem.

Precision medicine really delivers on solving a big problem for us as a society and country. The fourth one is something many people don’t think about. As a result of all these issues, we have government regulation that is strict in terms of the healthcare system.

I know from having been an analyst on Wall Street covering biotechnology and pharmaceuticals that the cost of developing a drug is extraordinary. Precision medicine can change that.

If you can select the right patients for those drugs and you give them the drug and start to get success rates of 75%-80% and the benefit is like the vaccines where you are getting 95% benefit, you would see much wider and cheaper access.

That’s even if on a per-drug basis they stayed the same. You are starting to get what you actually need in terms of healthcare therapy. I believe the promise of precision medicine is huge. Most importantly, it’s undiscounted in an array of stocks.

Everything from molecular diagnostic stocks that many of you would recognize across our portfolios. Then increasingly in the pipelines of these companies that have recognized the potential of precision medicine, have organized their trials around it and their research around it so they are focused on that.

If you are interested in finding out what these companies might be, the easiest way to get started is to subscribe to our Profits Unlimited newsletter. It goes for about $48 for the introductory offer.

That’s the update for this week. I’ll have another one next week. Until then, this is Paul saying bye. 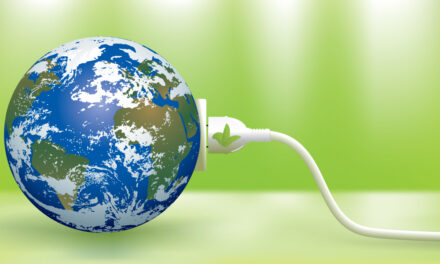 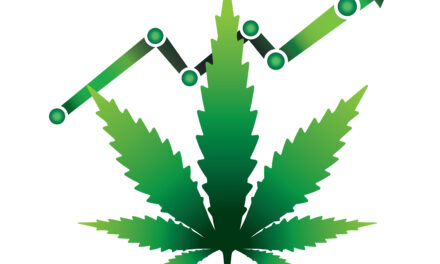