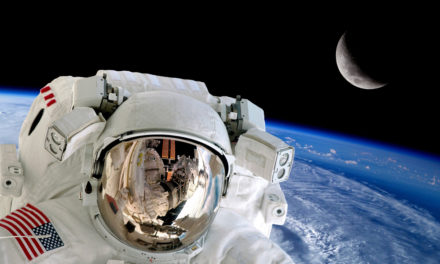 I grew up watching Star Trek. It was like getting a glimpse of a future I couldn’t even imagine.

The cutting-edge technologies seemed truly out of this world.

Star Trek introduced the idea with an imaginary machine called a “replicator,” which creates food, drugs and spare parts, virtually out of thin air in space.

NASA is using 3D-printing technology to boldly go where no printer has gone before: space — the final frontier.

As you know, 3D printing is one of our Bold Profits mega trends. It’s at the heart of America 2.0.

It’s taking shape as we speak — on Earth and now in the stars.

And this exciting new world presents amazing opportunities for investors who recognize the sky’s the limit for profiting from the right America 2.0 stocks.

3D Printing Pushing Us Forward in the New Race to Space

This technology is vital when it comes to missions in space. Astronauts could have everything they need right there at their fingertips.

No need to wait for NASA to launch more supplies — just create them with a 3D printer and they can make all the supplies they’d need.

Right now if something breaks, we’re completely dependent on launching a replacement from the ground. Imagine launching everything you might ever need for missions to Mars or an asteroid, it would be challenging or impossible.

And NASA isn’t alone: The European Space Agency is working with two 3D-printing companies to build a new base on the Moon, using raw materials found on the spot.

These projects are only the latest, exciting new examples of how 3D printing is being used today — in ways even Star Trek creators could not have imagined in the 1960s.

No. 1 Investment to Profit From the 3D-Printing Mega Trend

The use of 3D printing has been gaining steam in recent years.

That’s because the costs for 3D printing have plummeted since 2017, as new applications and tech investments are soaring.

And the latest market research projections show it will rocket up more than 300% over the next five years, becoming a $44.4 billion industry by 2025.

So, what’s the best way to buy into the incredible, phenomenal, unbelievable potential of 3D printing?

One way is to add The 3D Printing ETF (BATS: PRNT) to your portfolio. The exchange-traded fund (ETF) gives you exposure to 56 companies involved in this mega trend.

It’s been a steady performer — rising an astonishing near 30% during the last month alone. With the market’s booming growth, you could be looking at triple-digit gains in the next five years.

But that’s just the beginning of its potential in the futuristic new world of America 2.0.

We’re going to see 3D printing soar — literally and figuratively — to the stars!

So, I have a question for you. With 3D printing becoming more than just an idea from a futuristic TV show — how would you use a 3D printer in your everyday life? What would you print?

The possibilities are endless. And I don’t know about you, but I am excited for the future of America 2.0. 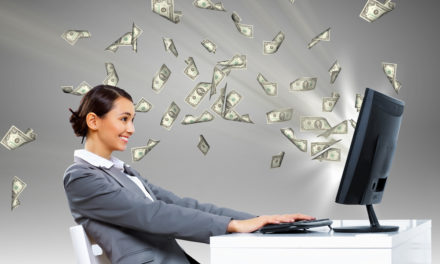