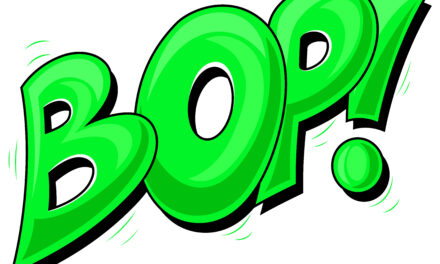 I have five reasons that point to #BOP (bullish, optimistic, positive) on a macroeconomic level.

I don’t always give a macro view because I usually see the other guys use it as a lot of “hand waving” analysis. But I want you to be #BOP.

It’s setting up an incredible scenario for our stocks and mega trends.

We’re even seeing the creation of new booming industries that weren’t even really around ten years ago: crypto, space, precision medicine and the metaverse.

This week we’re going to do macro. Generally speaking I never do investment updates on macroeconomics because oftentimes I find people tend to do a lot of what I call hand waving analysis. They will go look on the front page of the Wall Street Journal or whatever is being hyped on MarketWatch and will give you some reaction to it.

Today, I just want to give you my case for BOP. My bullish, optimistic, positive view on the stock markets, the economy in general and I suppose life. Yes, I will invite a lot of trolling. However, that’s what I will do.

The first thing I will say with respect to making a great case for being BOP — bullish, optimistic, positive — is interest rates are low. Interest rates are set by the Federal Reserve, which is an arm of the government assigned with some mixture of setting interest rates, running the economy.

Depending on who you talk to you will get a slightly different answer. I looked this up before the video. If you were judging interest rates you would look at a cross section of the economy. Let’s say companies, the U.S. government and you and me — regular people out there.

The five-year bond, if you are a company looking to borrow money from the bond market, you can borrow at 1.14% for five years. This is a low rate on a historical basis. If you are the U.S. government you can borrow for 10 years.

It’s at 2.91%. Interest rates are low. Many people thinking interest rates are the critical factor to determine what’s going on. It makes sense for the most part. If your savings account was going to give you 12%, the vast majority of people would leave their money there because 12% is a fancy rate.

Your money is going to compound fast if you are getting 12% a year by doing nothing and just leaving your money in a bank. If interest rates on the other hand are where they are today in a savings account, which is essentially zero — many banks will give you 0.1%, but that’s effectively zero.

That means a lot of people are incented to go out there and see what they can do with their money to make a little more, generate more returns or helps grow their capital. The bond market says if you want to lend money out you can get something like 1% to 3% for a number of opportunities.

However, in the stock market, at least in our services, we have compounded over a number of years. A lot of our services have been around for three or four years. Profits Unlimited has been around for five years. We are at a run rate that is a little under 30%. That’s about double the S&P 500.

Obviously it’s significantly more than what you are getting at the bank or what you might get with bond markets. Of course these are different instruments with different risk and different levels of volatility and complexity. Nonetheless, the stock market has been a place to be if you wanted big returns.

The second reason I am BOP is that while the headlines scream about inflation, I believe it’s a temporary phenomenon driven by a once-in-100-year event: a pandemic. We had this pandemic that went all around the world. The vast majority of the world shut its economic engines down for anywhere from three, six or nine months.

Starting it back up has not been that simple. It’s not simply been like, “Oh, I’ll just starting making it.” We have a complicated supply chain where things are shipped from one place to another and then to another.

It has caused a series of price rises. It’s also been an issue where certain things like semiconductors — where we’ve seen a step-function increase in demand as a result of the pandemic as people stayed home and shifted their activities to more home-based activities.

Inflation, if you want to look at it, I looked up an example when people were talking up this inflation scare in a big way. They were using lumber prices. Just to give you an example, lumber prices at some point this year were up 110% and now they are down 40%.

I would tell you that the best indication of inflation is actually the 10-year U.S. Treasury bond I referred to earlier with the interest rate of 1.3%. Think about it, if you are lending your money and planning to get it back in 10 years’ time, you are sensitive to the idea of the value of that money and what you would be getting back.

There’s no way you would only ask for 1.3% in return to get your money back 10 years from now. That would tell you by itself that current inflation is temporary and is going to pass. This is important because, in the past, the Federal Reserve has increased interest rates because inflation is rising and there’s an expectation of a continual rise.

Adoption Of Innovation Is Accelerating!

The third one is that the adoption of innovation is accelerating. You can go to any sector of our economy. Think about energy. I just got a Powerwall from Tesla and let me tell you it transforms the experience of having solar power.

Now I can store a significant amount of that power onto these batteries and use those batteries at various times. Whereas before the solar power was there, but I could only use it while it was producing. Now, using a Powerwall and Tesla’s app, I can be on a net metering system where the power company will buy the excess power I generate.

I can choose power from my solar, from the grid or the Powerwall. This is a massive shift in the way we consume energy. It’s going to accelerate the adoption of solar power. This technology and innovation you can see in every sector.

In healthcare it used to be for us to synthesize something like the COVID virus it would have taken us years. Probably three years or even five years. However, within one year we did all these things using mRNA technology. We synthesized the virus, came up with a vaccine and the vaccine is 95% effective.

We were able to come up with booster shots. If you told someone five or six years ago all of this was possible they would have laughed at you, mocked you, scoffed, said you were an idiot. In other words, the adoption of innovation is accelerating at increasing levels.

The other thing about the adoption of innovation is that it is deflationary. If you think about it, what company is going to adopt some new technology that increases prices, is more difficult to operate?

The history of innovation is that people adopt things that make them more productive, lower costs, allow them to increase the size of their markets. Cost is a critical element to it. Every company is going to invest in innovation. They are going to chart it and say, “How much money do I save by adopting it?”

The have to put that money out up front. The return for adopting innovation comes longer term. They have to make that leap of faith that this innovation is going to pay off. They are never going to do it for the sake of doing it. They would rather simply buy the old technology.

Even if it’s a new machine, they simply go do the thing they used to do. However, innovation has to pay off. It has to be deflationary. It has to provide something significantly different than what existed before. That’s something that, again, is going to cause productivity to rise, prices to get lower for a number of items.

It generally means we start to get more value for our money, which is the essence of deflation.

The last reason to be BOP is the emergence of completely new opportunities, which is something you really see only during periods of extraordinary innovation and adoption of innovation.

I am thinking about three sectors that did not exist 10 years ago. Profits Unlimited subscribers will know we are all in on crypto. Crypto begins in 2009 with the white paper for Bitcoin coming out. In 12 years this universe is valued at more than $2 trillion. That’s the fastest pace for any asset in human history.

We’ve never seen an asset class get to $1 trillion, let alone $2 trillion, in the space of 11 years. Generally speaking it takes 25 or 30 years. These opportunities are coming about as a result of the extraordinary innovation we are experiencing.

A second place we are starting to really see a huge impact as a result of the adoption of innovation is the creation of the space industry where we can realistically envision we are going to see space tourism, space hotels, a lunar colony.

Looking out a decade or more, we can see we are going to have a colony on Mars, people on Mars and the emergence of an entire industry that never existed before.

Finally, there is the online world as a self-sustaining universe of its own which is called a metaverse. It’s all in the online world. Some of it related to the world in real life or physical world. However, the metaverse is a new opportunity where people are buying land and doing various things just for value in that world.

That’s a brand-new opportunity that’s been created as a result of the internet, computers, coding and even crypto. In other words, we have a stacking of innovation that’s building massive value. It’s building it faster than it ever has before. I believe this is the final reason why it makes sense to be BOP.

Many people will argue as to why this is a terrible time. We disagree. There’s no need to come to troll me. The world has a lot of different opinions on it.

However, if you believe in the BOP scenario and want ideas and guidance on what to buy, what kind of stocks to be in or what kind of crypto to be in, check out Profits Unlimited.

We will have another video for you next week. Until then, this is Paul saying bye.

P.S. Well, did I convince you to be #BOP?! As I said today, the stock market has been a place to be if you wanted big returns.

And we have exposure to all those new industries I told you about: space, crypto, precision medicine and the metaverse.

That’s because we invest for the future — where the world is going. And we do it a little different than the other guys. #BOP all the way!

Check out this fun 3-minute video and see what I mean: 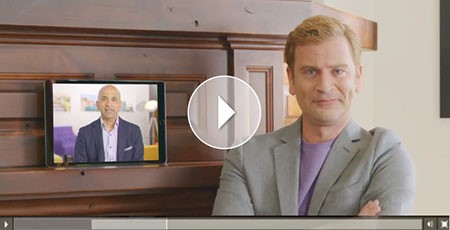