How to Pick the Best Stocks for Next 5 Years 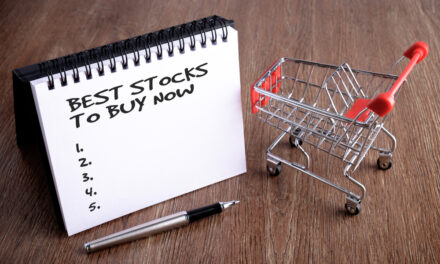 I’m looking at a tweet that I want you to see right now.

Now I did a little homework on this list, and you can see what’s important here is not stock price …

In today’s video I share the critical metric for you to consider if you want to make 5X, 10X, even 20X your money.

I saw this tweet from one of my favorite folks on Twitter. His name is Jon Erlichman and I definitely recommend all of you subscribe to Jon’s tweets if you are on Twitter. He has some amazing stuff he puts out on a regular basis.

Number two is Shopify at about $40,000. Number three is AMD at about $28,000. Then comes Etsy at a little under $24,000. Then is Nvidia, Tesla, PayPal. Then our more commonly known and thought of names: Amazon, Netflix, Apple, Microsoft, Salesforce, Google and Facebook.

Looking at that list, it made me think there’s a few things that I want to talk to you about. Number one is that when you look through that list it’s interesting to see where these were five years ago. I looked this up from BTC. In March 2016 BTC had a value, if you took all the BTC, of $6.5 billion.

Tesla was a $30.76 billion company. PayPal was a large $46.6 billion. The reason I went and looked all that up is that you can see if you are looking to make an investment that generates the kinds of returns Jon put out in his tweet where you can make 5, 10, 15, 20 times your money.

Or in the case of BTC, 40 times your money. Where should you look for this? Some of the places most people would have thought are obvious are in very low-priced stocks. If you go back and research any of the stocks in his tweet, none of them are very low-priced stocks that started out at 7 cents or 5 cents.

They are generally stocks that are at least $10, $15 or $20. This is something I feel a lot of folks who are investing or speculating focus on without understanding the stock price reflects simply the number of pieces that a company is cut into. You could have a large company that is cut into many pieces and it would have a low stock price.

Equally, you could have a small company that is cut up into very few pieces and it would have a high stock price. The bottom line to me bringing this is up is that the stock price by itself is never a gauge for the opportunity in a stock, of what its growth is going to be or its potential returns.

When you are new to the stock market, everyone focuses solely on the stock price. As a result of that, they will probably end up missing stocks like Shopify, AMD, Nvidia, PayPal or Tesla because they will say the stock price is too high. In truth, I get a lot of these complaints myself when I talk about stocks.

People say, “Paul, give us some low-priced stocks. Give us a chance. The truth is, to make big money you can be in stocks that have much higher price points because they reflect fairly small companies in a world of very small companies. For example, Apple is a $2 trillion company.

Even a stock like PayPal five years ago was fairly small. So that would be my number one take way from this. If you are searching for what is going to be on this list five years from now, focus on companies that have a stock market cap somewhere around $50 billion and under.

This sample I read out from Shopify to PayPal are $50 billion and under. The sweet spot might be somewhere in that middle range there. Somewhere under $50 billion and toward the middle of the pack. That’s point number one. Focusing purely on the stock price itself or on penny stocks where you can buy thousands and thousands of shares is probably going to be a mistake.

The nature of all these stocks is they represents real businesses. They represent businesses that have a real product or service that people actually like. As a result of that, it actually drove sales and profits, which then drove demand for the stock.

The second thing that should be pretty clear is that none of these stocks are super difficult to understand. To even fairly casual followers of the stock market, or even users of technology or reading things, you would be familiar with the vast majority of these stocks.

For example, PayPal. PayPal is a stock that most people would know because they send money using PayPal or Venmo. So that’s an obvious stock and something many people know about. Tesla has to be one of the most covered stocks in the media on a regular basis.

Everyone has known about tesla, but very few people invested in Tesla even though it was so well known. Nvidia is a stock that many tech investors would know because it is one of the leaders in making chips for all kinds of purposes.

Nvidia is one of the leaders and if you were interested in chips or following technology, Nvidia is something you would know. Nonetheless, I would bet a lot of people missed out on Nvidia. Etsy is another one. I have been buying things through Etsy for many years now.

Full disclosure, Etsy is in one of our services. Our folks have made good money on Etsy. If you are a user of Etsy or making things and selling it on Etsy, this would be an obvious stock. This is something a lot of people came into contact with.

AMD is another chip stock like Nvidia. This is a stock that was actually a low-priced stock at the time that it started its big run. AMD might have been under $5 or $10. This is the exception to the rule. This stock was in the low-priced category and you could have accumulated thousands and thousands of shares and had a big blockbuster winner.

The last one is Shopify. Shopify was a $2.2 billion company. Once again, it is a company that many people would have come across as a result of buying things online. If you noticed it, it would say “powered by Shopify.” This is a stock many people come into with, yet I would venture that a lot of people never invested in it.

The last one is BTC. BTC, like Tesla, is covered by everyone. Nonetheless, most people probably have gone in and out of BTC and missed the vast majority of this amazing run it has had over the last year and certainly the last five years with a 40X move.

The bottom line to the point I’m trying to make is you can look for some of these big winners among the obvious things out there. I have a portfolio I put out on YouTube called BUZZ. That includes BTC, Uber, Zillow and Zoom. To me, these fit the categories.

None of these are low-priced stocks. They are all pretty obvious. Everyone knows about BTC. If you are watching our YouTube channel, you know I have a prediction for BTC to go over $250,000 in the next one to three years. My amazing colleague Ian Dyer has a prediction for it to go even higher to $350,000.

In our judgment, we still believe there’s a huge run left. Uber, Zillow and Zoom are obvious. Most people have used Uber or at least know of it. Anyone looking for a house or looking at real estate knows of Zillow. Pretty much anyone who has had to do anything like have a business meeting or any meeting during the pandemic has in all likelihood used Zoom.

The BUZZ portfolio was something I put out on YouTube some time ago. It is still out there, we are still calculating it. I will give an update on BUZZ in another video. This is just an example of the kinds of stocks that are likely to be on this list in five years’ time.

That’s the second point about these stocks. Obviously, the natural question when you see something like this, the natural mindset is to think, “Where is the next one?” In my judgment, the place where this is going to come from is the fastest-growing part of the tech economy.

It’s this transition from what I will call dumb software to smart software, which we call artificial intelligence (AI). In other words, a self-learning piece of software that learns your habits, understands what you are doing and learns to automate it. That, I believe, is going to generate massive winners.

In all likelihood there will only be one or two winners. We live in a world where, as you can see whether it be Apple or Microsoft or Amazon or Netflix, this is a winner-take-most economy. The leader tends to get the vast majority of the gains. Whether it be in stock price or the business.

I believe one of these stocks is going to be the big winner. I have picked one of these and put it into the Profits Unlimited portfolio this month. We sent a flash trade to our readers about this stock. If you are interested in knowing what this stock is, yes, I know I am teasing this, you can check out ProfitsUnlimited.com.

You will have to subscribe to it to be able to get the pick. I believe that’s fair given our readers pay for this. We do provide genuine value in terms of knowledge and even stock picks on the YouTube channel. If you are interested, check into ProfitsUnlimited.com if you are looking for companies that could be on this list five years from now.

One of the stocks that I believe has BIG potential over the next five years, I mentioned today, but couldn’t reveal it yet.

I’m about to release it in my new Profits Unlimited newsletter that’s about to come out.

Of course, this open model portfolio is filled with some of the best opportunities that we can find for America 2.0 — including a new energy secret that could be the key to a Tesla 12-million-mile battery.

I’d recommend that these stocks should make your investing list for sure if you want the most potential for big gains.

Make sure you know how to access the open model portfolio from my Profits Unlimited research service — and be ready for the next stock from the newsletter — by checking out this presentation here. 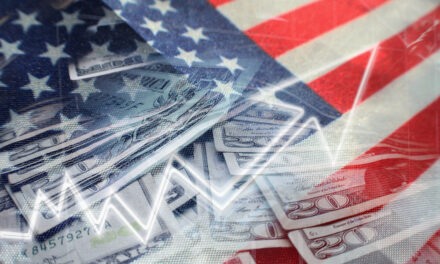 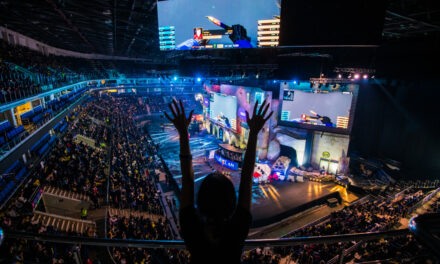 Win With This Esports ETF for 473% Market Surge