“Hold That Recession!” – MarketWatch is Wrong

This past Friday afternoon, September 20, the following Bloomberg headline streamed across my newswires. It stated: “Hold That Recession: U.S. Indicators Are Trouncing Forecasts.” 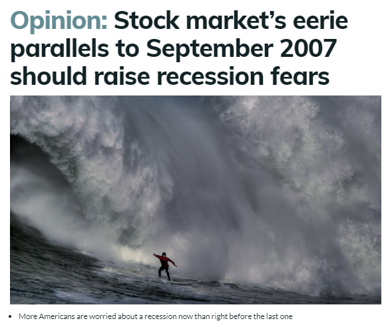 It’s all part of the Wall Street/media handshake game.

Take Roku. Just two weeks ago, my True Momentum subscribers locked in a near 400% gain on the stock. The same time I recommended selling, Wall Street FINALLY declared the stock a buy — 400% later! Coincidence?

Amber Lancaster: Welcome to this week’s Market Talk. I’m Amber Lancaster, joined by Paul Mampilly. Each week we look forward to sharing our viewpoints and giving insight into what’s on our radar. Today’s outlook is for the week of September 23, 2019. I’ll being by sharing with you what I’m watching and then we’ll hear from Paul.

Today I’ll cover three major topics. The first will be my take on recent and upcoming U.S. economic releases. Then I’ll highlight my innovation story of the week with our Good News Roundup and end with the latest performance numbers on the Disruptification Index. Let’s begin.

This past Friday afternoon the following Bloomberg headline streamed across my newswire. It screamed “Hold that Recession, U.S. Indicators Are Trouncing Forecasts.” The article begins with “The U.S. economy is outperforming expectations by the most this year, offering a fresh rebuttal to last month’s recession fears fueled by the trade war and a manufacturing slump.”

This breaking news story was powered by a series of Bloomberg economic surprise indicators beating expectations over the course of just three days last week. As this list shows you, from Tuesday, September 17 through Thursday, September 19, 10 U.S. economic releases beat estimates.

The most notable breakouts were housing starts, which surged in August, reaching the highest and fastest pace since 2007. Housing starts are showing an all-out construction boom climbing more than 12% in August to 1.36 million starts. Then we have existing home sales which rose to their highest level in more than a year, reaching a 5.49 million annual rate.

This is the quickest pace since March 2018. In all, this line chart shows Bloomberg’s surprise index has reached an 11-month high.

On Friday, August’s personal income, personal spending and durable goods orders will post at 8:30 a.m. followed by the final September print for the University of Michigan sentiment number at 10 a.m.

Now for my innovation story of the week. We’ve all heard of the acronym SUV — sport utility vehicle. It’s now time to get ready for the FUV — fun utility vehicle. Pictured in this photo is a company called Arcimoto Inc. It’s an electric-vehicle company that specializes in developing two-seat and three-wheeled vehicles.

Arcimoto means “the future I drive.” Founded in 2007, the company is all about shifting a sustainable system to driving more electric vehicles in the future. They will be launching this brand new service on the West Coast.

It’s a pure electric vehicle with a top speed of 75 miles per hour with a range of 100 miles. Its cost is $19,900. So the FUV is just not for vehicles for us to drive, they are also developing the Deliverator, which will deliver last-minute deliveries as well as the Rapid Responder specifically designed for emergency medical services and campus security.

The company plans to deliver to other states outside of California, Oregon and Washington State in the near future.

HousingWire is reporting that Realogy, the largest owner of U.S. real estate brokerages, and HomeAdvisor, an online service marketplace, are teaming up to make non-structural home repairs and improvements.

Both companies are aiming to help alleviate the stress of fixing up your home to sell. HomeAdvisor will provide the professional services while Realogy will pay for the upfront costs. Available projects include handyman services, painting, kitchen and bathroom upgrades, staging and the purchase and installation of new appliances.

The seller pays for the work with no interest charges. When the property sells at closing or when the listing expires.

Good News Roundup story number two: According the Pew Research Center, household incomes in the U.S. have rebounded from their 2012 bottom in the wake of the Great Recession. For the most part, the typical incomes of households headed by less educated adults as well as more educated adults have increased.

Good News Roundup story number three: The National Association of Homebuilders is reporting that the number of women in the construction industry has now reached pre-recession levels. Numbers grew substantially in 2018, reaching 1.1 million — up 13% from 2017.

Turning to our Disruptification Index, it continues to outpace major indices year to date. It’s up 22.6% versus 22.3% on the Nasdaq and 15.5% on the Dow. That’s it from me.

Thanks Amber. That was interesting. I like hearing about the home fixup. That’s an interesting approach.

This week what I’ve looked at is something that I think is really big for the U.S. trade war story and the U.S. geopolitical situation in general that has been under-covered. I watched this event that Prime Minister of India had in Houston, Texas. 50,000 people filled up the Houston Astro stadium to watch this event.

It was Modi with the President of the United States Donald Trump. It was an interesting event because there is a long history between the U.S. and India. India is the largest democracy in the world. I view Modi as the second-most important leader in the free world.

India and China have a lot of border disputes. India looks at China as a risk to their national security. Throughout the Cold War, India for its own survival had to cozy up a little more than they wanted to to the Soviet Union to keep China at bay. They needed to play them off each other a little bit.

The United States and India weren’t always as close geopolitically as you would think they would be being these massive democracies in the world. This event seems to have changed that. It seems like Nixon going to China. There was a real kindred spirit between Modi and Trump because they are similar characters in their own countries.

They kind of see eye to eye and the event showed this new alliance brewing between the U.S. and India. I think it has to do with our posture the last couple of years relative to China. We are taking a much strong posture to China than we ever have.

I think India sees that and they believe this is a long-term trend and we’re finally going to put our foot down with respect to all these abuses China has committed to take of our trade relationship, stealing IP and different types of threats on the security front. I think India is dealing with the same things. It was really interesting.

I suggest everyone go watch it. My takeaway is that I think there’s going to be a trade deal between the U.S. and India that’s going to be pretty positive. Paul, I think you could speak a little more to that and provide better background than I can for sure.

Paul Mampilly: Why don’t we talk a little bit about IPOs and tell folks what’s coming this week?
We have Peleton coming this week. They make stationary bikes, the hardware and the software that goes with it, so you can ride with people all over the world. They have a really big following. They are selling a little more than 10% of their company and it’s going to be about a $9 billion valuation.

Paul: I first want to mention that Amber, in response to a slew of emails demanding this, is going to commit to doing Amber’s Macro Monday once a month where she takes all the charts, graphs and puts together a segment. It will be Amber by herself showing you all the charts that give you the best insight into what’s going on in our economy.

Speaking of superfans, I want to get in this week’s shameless plug. We are promoting True Momentum. This is a service that focuses on mid-size companies that are going through their first wave of commercialization. This is where they experience maximum growth and when, based on my experience of managing money, the stock prices shoot up the highest.

This service has the best performance of all the services we have at Bold Profits. If you’re interested in stocks that skyrocket higher, that have phenomenal potential, please click on the strong hands that should be sitting right over my shoulder.

It will take you to a page that will show you all the details. The service is called True Momentum. It focuses on mid-size companies that are growing incredibly fast and give you phenomenal gains pretty fast. In fact, we just closed out a gain for Roku that was near 400% and it happened in about six or seven months.

In terms of the markets, I’m still optimistic. Before I get on I always look to see what people are being fed by our bad news media. Sure enough, if you go on MarketWatch they have this tsunami wave and this tiny surfer. They are just feeding you doom and gloom. It’s all part of a huge setup to make you click on these gloom stories.

Then they trick you into doing what market makers and hedge funds want to take: take stock cheaply and then later on when the market is higher you look and say you could have made so much money if you simply listened to the right folks. That’s why we tell you to come and listen to us.

There’s an old world that’s going away and you want nothing to do with that. However, you do want to stay invested in these new world companies like Tesla and Zillow and other companies in our portfolios. If you’d like guidance on that, check into our services.

Alright Amber, that’s all I have. Back to you.

Amber: Great stuff, Paul. Thank you so much for sharing your insights today. Thank you to our viewers for tuning in this week. If you like what you hear, please share our channel with your friends and family and comment below. If you want to get the videos as soon as they are available you will want to subscribe to the Paul Mampilly YouTube channel. Until next time, have a great week and take care.

This week, we also discuss: 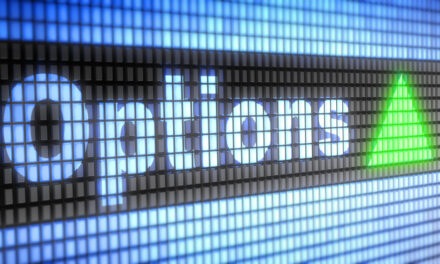 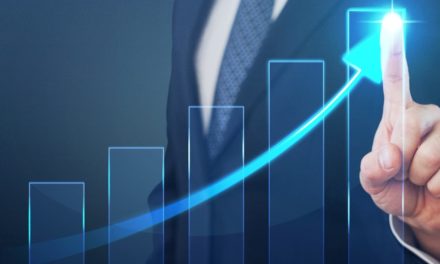