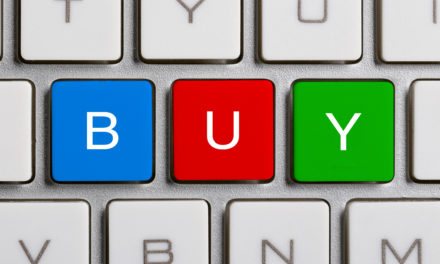 The past 10 to 20 years have been the most important in the history of medicine.

Just take a look at all the incredible advancements:

As a result of all this amazing new technology, an entire industry has been booming behind the scenes.

That’s because as innovation continues to increase, more studies and clinical trials must be done. 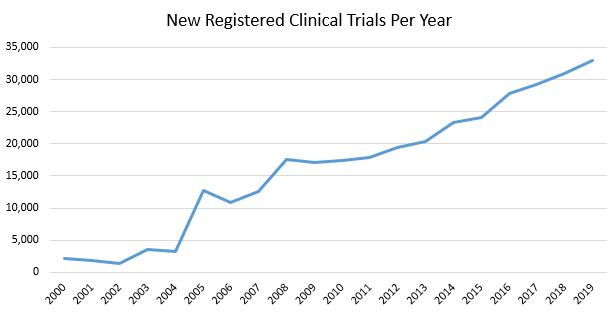 Keep in mind that trials can last anywhere from a year to a decade.

The more successful they are, the more they’ll advance through preclinical and phase 1 through 3 trial stages. So, when you think about the fact that this chart just accounts for new trials, the number of total ongoing trials is several times bigger.

Like any other industry, the innovation cycle has been a huge benefit to medicine. And with growing investor support as the industry continues to boom with innovations, there’s going to be a huge opportunity for you to profit.

As new technology is developed, it makes things more efficient and less expensive. And as the costs go down, there’s more room to develop newer and better treatments for all sorts of diseases and disorders.

But behind the scenes, the companies performing these trials are outsourcing the tedious parts of the process, giving them more time to focus on research and development.

Things such as product development and tracking statistical analysis, and generally most of the “grunt work” of the trials, are being picked up by companies called contract research organizations (CROs).

With all the progress being made in the medical industry, there’s enormous demand for these types of services. And as a result, the CRO industry is expected to exceed $90 billion by 2026: 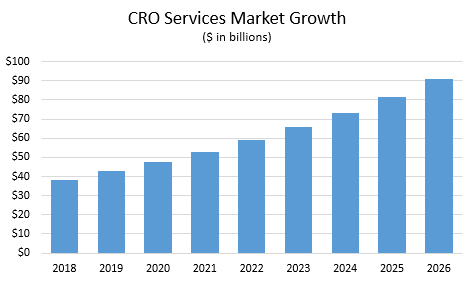 Clearly, CROs have been a huge benefit to the biotech industry as a whole. A lot of biotech startups have to fully rely on outside sources of funding, and they need to be as efficient as possible with their time so they can get the most out of it.

Now, they don’t have to spend it on a permanent part of their business, which costs money all the time. Instead, they can pay CROs as needed, saving themselves money and time to grow their business.

Overall, I believe the $90 billion estimate is conservative. With biotech expanding at a rapid pace, there are only going to be more trials ahead.

In fact, the global biotech industry is expected to hit $775 billion by 2024.

Of course, most of this money goes to improving current treatments and developing new ones. But after that, these companies are going to outsource as much as they can to CROs. So, even if 15% of that $775 billion goes to CROs, it brings the total growth from 130% to about 200% by 2026.

I believe this is a particularly great investment opportunity right now.

And for smaller biotech companies, seeing that market demand is very important, because it gives them a chance to put more shares into the market in order to raise money for their business. Then, there’s a very good chance that some of that money will go to CROs.

There are going to be major opportunities to profit here. I know Paul Mampilly already has his eye on three big ones that are going to be killer biotech plays in this rising bull market. He’s putting the finishing touches on a special biotech broadcast to release soon.

But one way to gain exposure today is with the VanEck Vectors Biotech ETF (Nasdaq: BBH).

It holds a wide pool of biotech names. So, you’ll have the chance to lock in profits with a diversity of biotech stocks as the bull market gains steam.

This ETF is a great way to play this up-and-coming boom in CRO investment. 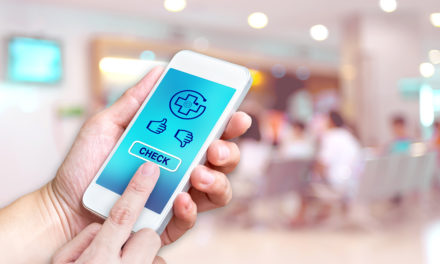 Invest in the New Cancer App Technology for 29% Every Year 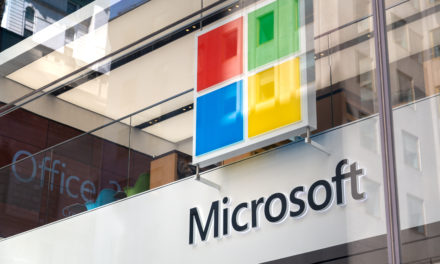