Apple Is in Deep, Deep Trouble

The latest troubling signal of Apple’s problems is the Hackintosh.

A Hackintosh is a custom-brewed computer that runs Apple software.

“Hmm,” you might be wondering: “Why would anyone want to do that? After all, Apple, by reputation, builds the best computers, which everyone else copies.”

Even more, if you’re an investor in Apple Inc. (Nasdaq: AAPL), you might be thinking: “Why should I care?”

After all, Apple’s stock keeps going up.

“How could Apple be in deep trouble if its stock is going up? Why is its value rising to nearly $1 trillion if it’s trouble?” you might be wondering.

The bottom line is that Apple’s stock and its business are going in opposite directions. Here’s why…

All you have to do to understand Apple’s problems is to go on YouTube.

YouTube is filled with videos from longtime Apple users who have gone from being in love with its computers, tablets and phones … to hating them.

A good example is a video is made by Rick Beato, a musician and a longtime user of Apple devices.

In his video, you’ll see that he’s bought a lot of Apple devices. By my count, he owns four Apple desktops, three iPads and five iPhones.

Beato’s issue with Apple is simple: Since co-founder Steve Jobs died, Apple has become all about the money.

Specifically, Apple keeps changing hardware for no benefit to the end user to get them to buy more devices, and to make them buy premium-priced adapters, dongles and cords.

Repairs are another major problem for Apple. You see, since Jobs, Apple has been making its devices nearly impossible to repair.

You can get directly to the problem by watching a video called: “The Horrible Truth About Apple’s Repeated Engineering Failures.”

The video was made by Louis Rossmann, a YouTuber who runs a computer repair shop out of New York.

In his video, Rossmann says he believes that Apple is a company that routinely “screws you.”

He goes through 16 problems he’s seen with Apple products. And when you watch Rossmann’s YouTube channel, you can find video after video about how Apple’s products are made so that they are incredibly hard to repair.

Now, you might be thinking: “So what? A bunch of people are making videos on YouTube. Who cares about that?”

The thing is, this stuff matters because this is about Apple’s business.

Beato, Rossmann and the many others who are making these videos know a lot about Apple’s products. And Apple’s business is about making these products.

“If a business does well, its stock price will follow,” says Berkshire Hathaway CEO Warren Buffett.

Buffett also confesses that he uses a flip phone, and that the reason he won’t use an iPhone is because he’s “out of touch.”

Buffett, though, keeps buying Apple’s stock. His $40 billion in AAPL shares keeps surging its price higher because he believes Apple is a great business.

Now, it’s clear that Beato, Rossmann and the other people who actually use Apple’s products have a better read on Apple than Buffett. That means sooner rather than later, Apple’s stock will turn down, and keep going down.

Blockchain Could Change Everything About Food Safety 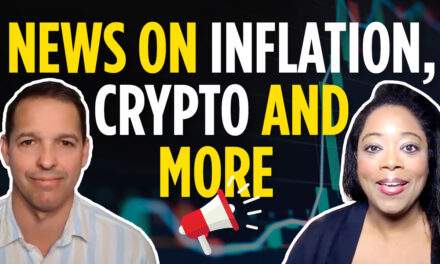