The stock was absolutely soaring.

Fast-forward to today, and Nikola is back down to earth: 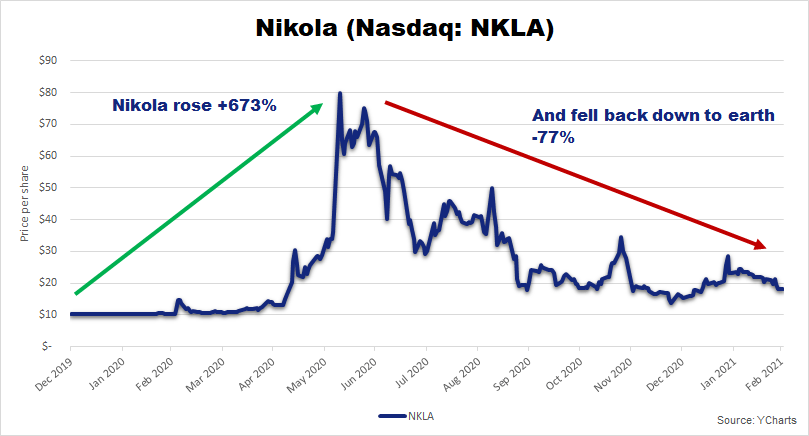 So, what happened to make the stock fall so far so fast?

In September, Hindenburg Research put out a report claiming that Nikola was a “fraud built on dozens of lies” constructed by Milton.

Hindenburg then detailed the many falsehoods he allegedly put into motion.

According to the report, Milton:

Shortly after the report was published, Milton was pressured to resign. The stock was already on a downward spiral, and it subsequently fell 50% in three months.

This is the kind of thing we’re talking about when we say you need to avoid hype. People weren’t buying Nikola because it was a good value, they were buying it because it was making lofty promises.

Situations like this, however unfortunate, underscore the importance of having an “Alpha Manager” at the helm of every company you invest in.

Because, at the end of the day, the CEO is the one steering the ship — executing strategy, allocating capital and coming up with a focus for the company.

That’s why we look for rock-star leaders with excellent performance history — managers who go above and beyond to unlock shareholder value.

If a company doesn’t have an Alpha Manager to call the shots, we knows that it’s not worth our time … or yours.

And Charles Mizrahi knows this better than anyone.

With 37 years of experience in the market as a former investor, money manager and hedge fund manager, Charles knows the value that an Alpha Manager can bring to the table.

He makes it his mission to find companies being led by CEOs who are simply outstanding.

And he likes Global X Founder-Run Companies ETF (BOSS) for that very reason.

This exchange-traded fund (ETF) provides exposure primarily to U.S. companies led by the CEOs who founded them, such as Tesla, Wayfair and Square.

These are Alpha Managers with a vested interest in the companies they lead, and it shows in the ETF’s steady returns.

But these aren’t the only Alpha Managers worth following.

In fact, Charles’ Alpha Investor model portfolio is packed with leaders he believes “belong in the CEO Hall of Fame.” Readers have seen some huge gains already.

If you want access to Charles’ full track record and  every single one of his recommendations, currently 17 profit opportunities, subscribe here.

An earlier version of this article was published in September 2020. 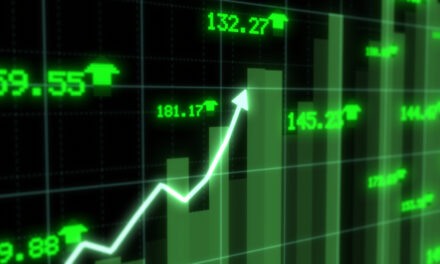