It was the most sales ever for the company. That number even beats the 184,000 cars sold in the first quarter, which was a record high at the time.

Tesla has dominated the global EV market for years. And it may seem like the automaker’s dominance will continue for the foreseeable future.

But there’s another car company that sold a massive amount of EVs in the second quarter.

In fact, it sold even more than Tesla!

EV adoption is growing in the U.S.

The Chevrolet Bolt and the Ford Mustang Mach-E are gaining popularity, while Tesla’s Model Y and Model 3 continue to lead the pack.

But EVs accounted for only about 2% of new car sales in the U.S. last year, according to a study by the Pew Research Center. 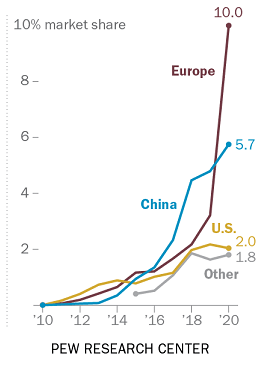 That’s a big reason why European automaker Volkswagen AG (OTC: VWAGY) is selling so many cars.

The German car company, which owns Audi, Porsche and other popular brands, sold over 208,000 EVs in the second quarter of 2021 — more than Tesla.

The ID.4 already has over 6,000 sales in America, making it one of the best-selling EVs in the U.S., according to Car and Driver.

The Audi e-tron and Porsche Taycan are also among America’s most popular EVs.

In addition, Volkswagen’s compact ID.3 and e-Up! models performed well last quarter, but they’re currently only for sale in Europe.

(Do you own an EV, or are considering buying one? You can let us know at SmartProfits@BanyanHill.com.)

It’s Time to Capitalize on the EV Boom

Tesla is the top dog of the U.S. and Chinese EV markets. But Volkswagen is the undisputed king of EVs in Europe.

Investors have also been much more favorable of Volkswagen so far in 2021. VWAGY is up 66% this year, while TSLA is down 10%.

And investors have good reasons to be bullish on Volkswagen. The company announced a “massive” expansion in the U.S. in response to President Joe Biden’s plan to boost EV sales.

Volkswagen is also catering more aggressively to the Chinese market.

It recently unveiled its new ID.5, which will be available in Europe and China, as well as an ID.6 model that’s made exclusively for Chinese consumers.

And that makes sense: Research firm Deloitte projects EVs will account for 49% of China’s car sales by 2030. 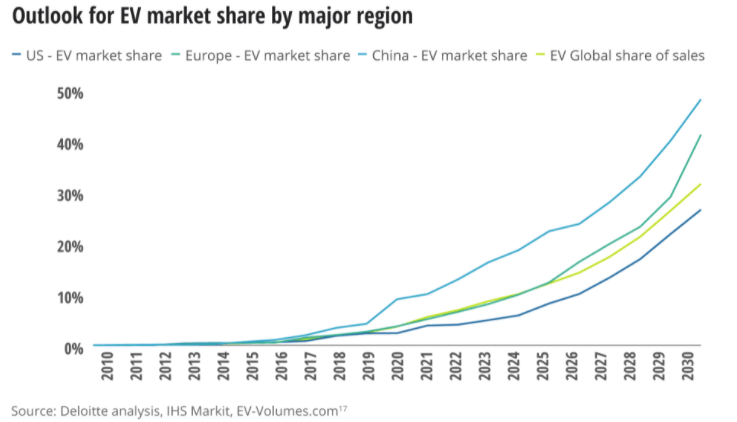 So, it’s an exciting time to invest in EV companies. And in a new special report, Ian King highlights one of the biggest opportunities to capitalize on the EV boom.

It’s an innovative tech company that has the potential to grow 10 times over the decade, if not sooner.

You can learn more about Ian’s special report by clicking here. 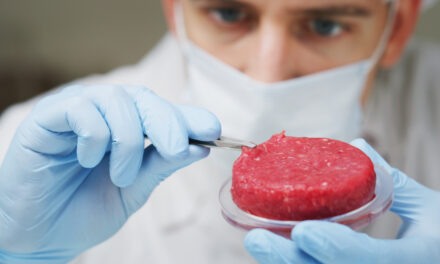 Would You Eat 3D-Printed Meat?