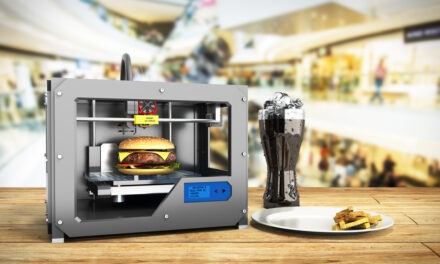 If you could go back in time and finance the Connecticut chef who invented the hamburger 120 years ago, would you do it?

I mean, who wouldn’t grab the opportunity to invest in the spark that ignited today’s $2 trillion global fast-food industry?

Of course, you can’t go back. Only forward.

So what you can do is invest in the next best thing: a new technology that’s giving the classic American burger a major makeover.

It’s remaking the food industry in ways no one could have imagined. It’s the best thing since sliced bread! Or at least a hamburger patty between two slices of bread.

Think printers right next to the grills and fryers.

The fast-food giant has been 3D printing its Happy Meal toys for years. So, the jump to burgers was a no-brainer.

We’ve been telling you about the promise of 3D printing. Now we’re seeing the signs of it everywhere — from auto manufacturing to aviation to home construction and clothes.

But McDonald’s decision to embrace this next-gen technology tells me we are on the brink of a massive new investment opportunity.

3D-printed food is moving to the mainstream and shaking up fast-food joints from coast to coast.

It’s time to declare the next big winner — like the first burger investor. Here’s how you can take the crown today.

McDonald’s 3D-printed burger would be made from a proprietary blend of plant-based “bioinks.”

It’s only the latest food-industry leader to jump on the 3D-printed meat wagon.

KFC also announced last September that some of its restaurants are almost ready to offer 3D-printed chicken nuggets.

And just this month, two biotech startups — one in Spain, another in Israel — said that they just created the world’s first 3D-printed steaks.

Next in line: 3D-printed pork, fish and other food staples.

The cost and health benefits are extraordinary.

Like meatless alternatives, 3D-printed foods are created to cost less. They’re made free of synthetic hormones, antibiotics or illness-causing bacteria

That’s why meatless alternatives are the future of food. And 3D-printed meats are the next big leap in the evolution.

One in 12 Americans — 40 million or so — are vegans or vegetarians. They’re just a sliver of the growing meatless foods market, which is projected to hit $5.8 billion globally by 2022. That’s a 57% rise since 2016, according to Grand View Research.

A recent Johns Hopkins survey also found nearly two-thirds of Americans (64%) are buying less meat, 42% are having more vegetarian meals and 32% are choosing to have meatless days during the week.

This year alone, the global 3D printing market is projected to top $21 billion — nearly five times what it was in 2013! 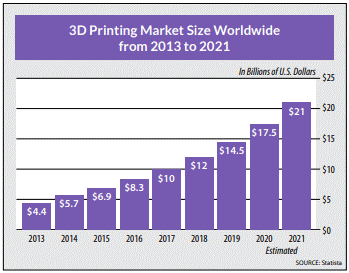 And a new analysis projects the global market for 3D printing products will nearly double over the next three years — exceeding $40 billion by 2024.

That’s why now is the time to invest in this major mega trend.

It will give you exposure to 56 different 3D printing companies through one exchange-traded fund (ETF) buy.

But if you want a more direct way in…

Paul made a call about a year ago.

One open stock for this mega trend rocketed up more than 300% since January 2020.

Now, he’s doubling down on 3D printing. Here’s a peek at his new predictions for 2021’s breakout year: 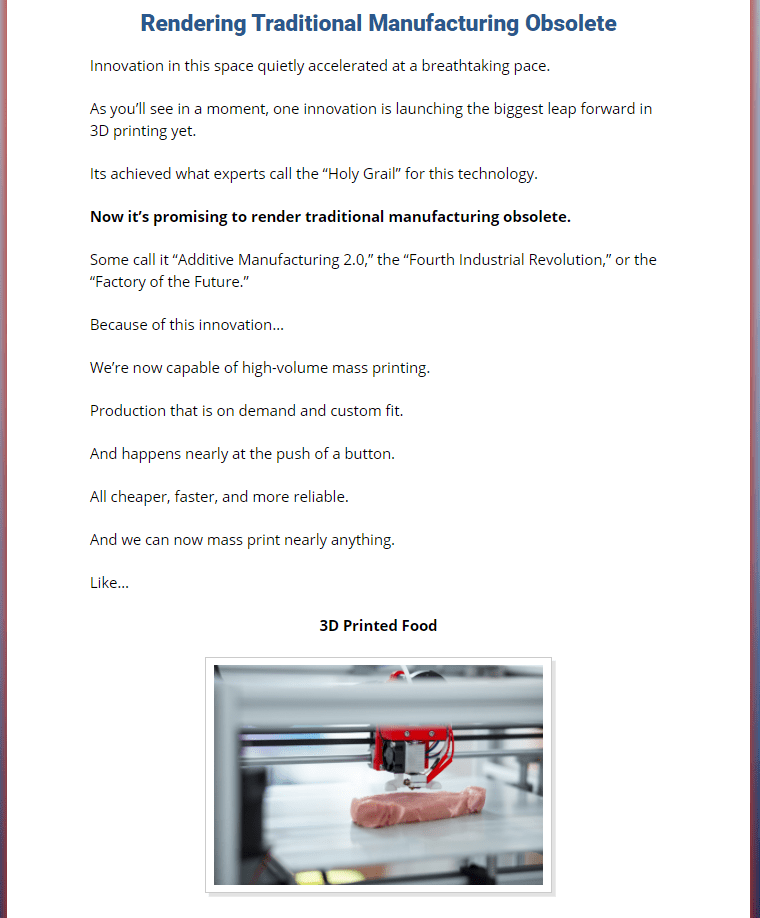 It’s no surprise that 3D printing stocks are on fire. There’s a lot to be bullish, optimistic and positive (#BOP) about.

And it’s remaking them right here … at home in America.

You can get the full 3D printing story. Click here.

The potential for gains like this is enough to make any investor drool — regardless of whether you eat meat or not! 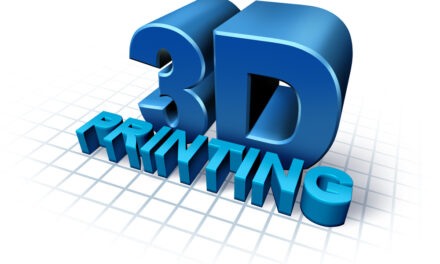 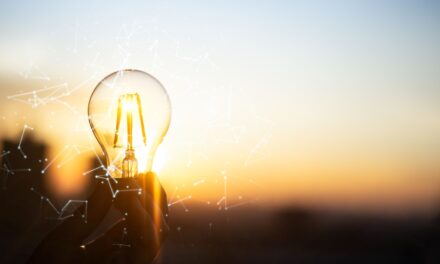