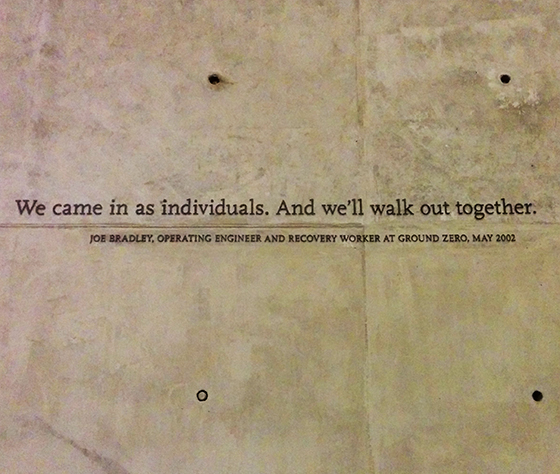 Fear Did Not Win

I remember exactly where I was and what I was doing on this day 18 year ago.

On September 11, 2001, I was working as an inventory database specialist at a small manufacturing plant in Florence, Kentucky.

I left for work early that morning. I had my coffee, kissed my wife goodbye and rushed in to my meager office around 8:45 a.m. I needed to double-check the parts list for an industrial-sized mixer that simply had to be shipped by the end of the week. It was a massive steel monstrosity that would put your mom’s Cuisinart to shame.

While pacing my rounds on the machine shop floor, checking my list of parts, I noticed the shop workers were in a serious uproar. “Did you hear about the explosion? The one in New York! It’s all over the TV! I can’t believe it!”

It didn’t make any sense. Explosion in New York? Who could do anything to New York?

Anyone who’s worked in a machine shop knows that shop workers like to talk. But I humored them and, with my not-so-executive clipboard in hand, walked over to the TV in the break room … just in time to see the second plane hit.

I went numb. I went cold. I can still feel it while writing this.

There’s no hidden market meaning in today’s takeaway, no pitch for a product or a service.

I’m sharing today because that’s what we do when we remember. We reach out to each other to remind ourselves that we’re still here.

Today, we remember those who are not still here. The ones who died on September 11. We remember the first responders, the New York firefighters and police officers and everyone else who risked their lives in the aftermath of one of the greatest tragedies to ever strike this nation.

Today, we also must remember that fear did not win.

Social media and the 24/7 news networks thrive on telling you differently. The media machine is telling you that people no longer seek each other due to smartphones and the internet. That we seek conflict, even in our schools. That we seek the hard divide of partisan politics, of lifestyle, of opinion. That we seek being right over being compassionate.

But when you look around you … at your family, your friends, your co-workers … you know that what they are selling you is objectively wrong. All you have to do is reach out to someone close to you to know.

Fear did not win.

We are not as divided as our sensationalist 24-hour news feeds would have you believe. Violent crime is down. Life expectancy is up. Worldwide poverty is at the lowest level it’s ever been. The spirit of humanity lives on. You only need to look around to see it.

So, today we honor the memories of those who died on this day 18 years ago. But we must also remember hope and the unwavering spirit of the American people.

And we must remember our victory over fear. 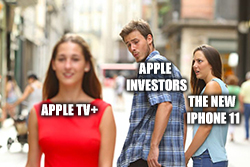 Phew, that was intense. Now where were we … oh yes, the market.

As I predicted on Monday, Apple Inc. (Nasdaq: AAPL) received its iPhone announcement bump yesterday. AAPL shares gained a whopping 1.18% following the big iPhone 11 reveal. But the newest version of Apple’s flagship phone wasn’t even the biggest news of the day.

What’s more, anyone who buys a new Apple product, such as the new 10.2-inch-display iPad, iPhone, MacBook or desktop, will get one year of Apple TV+ for free. And if that wasn’t enough, Apple is dropping the price of its iPhone 11 to $699 (down $50 from last year’s iPhone XR) and keeping its new iPad at $329 (the same price as last year’s model).

All in all, it was a better-than-expected day for Apple. But, apparently, only 1.18% better than expected. 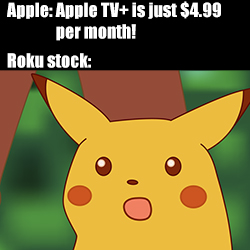 There were casualties to Apple TV+’s $4.99-per- month announcement. The usual suspects slipped on the news, including Netflix Inc. (Nasdaq: NFLX) and The Walt Disney Co. (NYSE: DIS) — both down about 2%.

But Roku Inc. (Nasdaq: ROKU) … man, did that stock take a beating. ROKU shares plunged as much as 12% before settling with a loss of 10.5% on the day.

Why? Because investors worried that free Apple TV+ would eat into Roku’s earnings. After all, why buy a Roku when Apple TV+ is free with your new iPhone 11?

I’ll tell you why: because Roku is an agnostic platform. While the company would prefer you use its free streaming service, it ultimately doesn’t care whether you watch Netflix, Amazon Prime TV, Hulu or Disney+. That’s because Roku knows you’re going to see ads on its homepage regardless.

The device battle is one Apple will not win with Roku. Ask Amazon. It all but gave away Fire TV Sticks last Christmas, and Roku is still the most popular streaming device on the market. Apple knows this. It’s why Apple TV+ will also appear on Roku devices.

In short, yesterday’s ROKU drop was a gift.

The Ugly: The Next Blockbuster 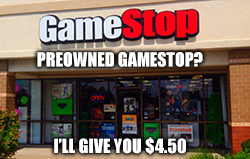 The digital revolution is about to claim another victim. Mark my words, GameStop Corp. (NYSE: GME) is the next Blockbuster Video.

GameStop rose to power during the age of physical game copies. If you needed the latest edition of Madden NFL, you only needed to pop down to GameStop to buy a copy. Sometimes you’d get lucky and get a used copy for less.

But physical copies of games are all but gone. Digital is the new hotness. You don’t even have to leave your house to get the new Madden NFL game — just hit the PlayStation or Xbox store and download it.

Still, GameStop believed that used games would still bring customers to the store. We know now that used games are a pipe dream for revenue. In last night’s second-quarter report, GameStop reported a $0.32 loss on sales of $1.29 billion. Both figures were well below expectations.

In a call with investors, CEO George Sherman said: “We are committed to acting with a sense of urgency to address the areas of the business that are critical to achieving long-term success and value creation for all our stakeholders.”

That’s desperation from a man who’s seen the writing on the wall. 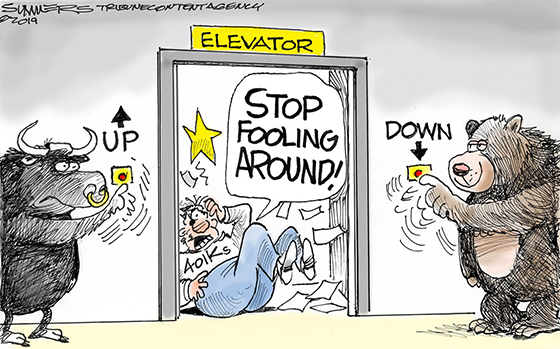 The past three months have been quite a wild ride. But, despite all the negativity and the volatility, both the Dow and the S&P 500 are down a mere 0.66% since July 11.

The comic above couldn’t be more accurate.

You’ve all been quiet this past week. Too much worrying about the market, I’d guess.

Let me know what’s on your radar. What are you looking at this week?

Drop me a line to tell me how you’re doing. How’s this market treating you?

Or, you know, rant, rave, sling snide remarks … we take all kinds here at Great Stuff.

Send your comments to GreatStuffToday@banyanhill.com.

And who knows? Maybe you’ll end up in tomorrow’s edition of Reader Review.

As for me, I’m off to the Total Wealth Symposium.