This Chart Proves Stocks Could Soar

Take a look at this chart… 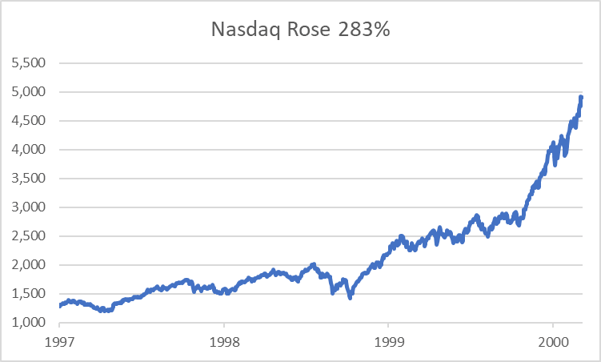 It’s the second most traded market in the world, the NASDAQ.

A time when people were quitting their jobs to become day traders … companies with zero earnings were getting ridiculous valuations … and any stock with dot.com in its name was sure to surge.

Giving investors the opportunity to make a fortune. 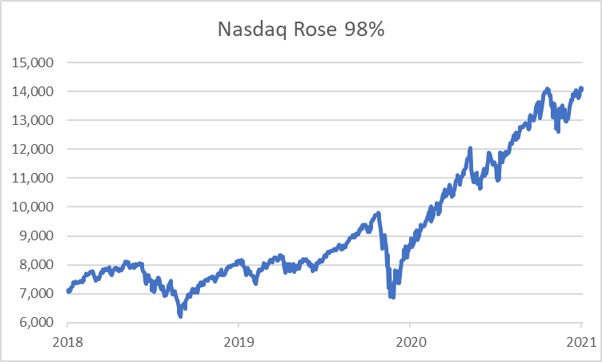 As you can see, its trajectory is practically identical to the Dot.Com era.

But looks can be deceiving. While NASDAQ follows a similar pattern during each era… 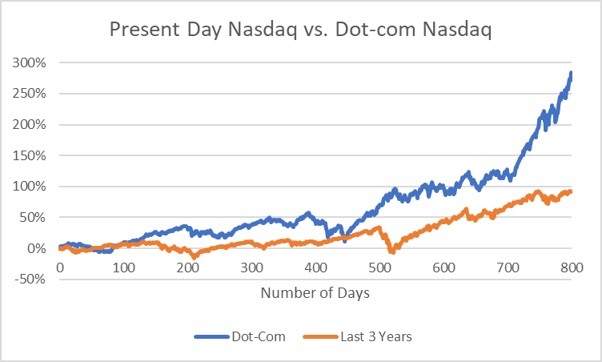 It’s easy to see that there’s a significant difference.

Today’s NASDAQ is not even close to its dot.com highs.

Meaning this bull market still has a long way to go.

But what’s odd is only one analyst — a man who has never been more optimistic about America’s future — is talking about this.

When this man speaks, it’s wise to listen. In recent months he’s shown his followers 780% gains in just 7 months on the first half of his partial play on SunPower … and average gains of 736% in 13 months on Tesla, to name a few.

But now he’s stepping forward with what could be his most controversial prediction in over 20 years. He uses over a dozen charts to prove that the stock market is on the cusp of surging to astonishing new highs.

I guarantee you, his message is one you have never heard before.

I urge you to see his message right away, and then prepare to act quickly.

You can see his video recording right here.