You might think he embodied the classic rags-to-riches story.

But it was never that simple.

As Gov. Huckabee freely admits in a recent candid interview…

When it came to knowing how to make his money grow, it seemed like he’d been stumbling around in the dark.

Luckily, he gained a new friend — considered the No. 1 expert in this particular financial field — who offered him some valuable guidance.

And that’s how Gov. Huckabee discovered the simple secret that explains why some folks get their fair share of America’s prosperity — but so many others lose out. 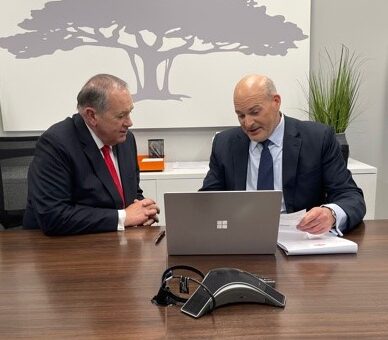 You see, far too many well-meaning people invest money like they’re playing the lottery.

Or put all their trust in poor advice from so-called financial “advisers.”

Only to see their hard-earned “nest egg” slip through their hands.

The secret you’ll find in Gov. Huckabee’s recent interview has nothing to do with your income level, your education or even your current bank balance.

What’s more, it’s something you or any other adult can do. And it only takes you 10 to 15 minutes per month!

This secret has already helped thousands of people.

“I felt lost and in the dark,” conceding she didn’t have a clue how to succeed when it came to growing her money.

Yet, after she discovered this secret, she praised it as the answer to her problems.

John S. happily reported that it only took him 14 months to nearly double his money after following a few simple recommendations.

He feels truly blessed by God.

That’s why he wants to share what he discovered with you and other folks all across America.

It doesn’t matter whether you’ve had past financial failures.

Even the wild ups and downs of the market don’t matter.

All you need is a burning desire to take control of your financial future once and for all.

And the longing to sleep peacefully at night, free from worries about your retirement.